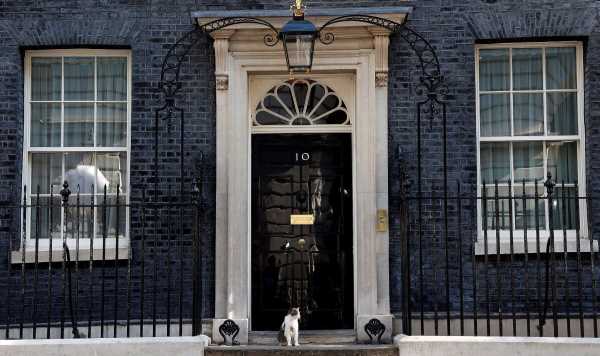 Boris Johnson is asked if he ‘feels betrayed’ by Tory MPs

Sir Graham Brady, effectively the shop steward for Tory backbenchers, last night confirmed the nomination process for the contest to find Boris Johnson’s successor will start this morning and close this evening. He said the winner of the contest will be announced on September 5. They are expected to take over as the next Prime Minister later that day.

The senior Tory backbencher also revealed that would-be contestants will need at least 20 backers – including a proposer and a seconder – for a place. Inter- national trade secretary Penny Mordaunt was emerging as a serious contender in the battle after topping a snap opinion poll among Tory activists. Rishi Sunak and Tom Tugenhadt had also breached the benchmark of 20 supporters.

Conservative officials met yesterday to thrash out the rules and timetable. The contest will feature at least a dozen hustings events around the country, including some online question and answer sessions.

The rules and timetable agreed by the Conservative Party Board will mean some of the 11-plus MPs who have signalled their intention to join the contest are almost certain to crash out at the first hurdle.

Sir Graham, chairman of the powerful Conservative 1922 Committee, last night confirmed that the first round of voting among Tory MPs will be held tomorrow to start narrowing the field of candidates.

Candidates will have to get at least 30 votes in the prelimnary round to be allowed to continue.

Further stages will be held on Thursday and next week until the final two for a ballot of grassroots Tory members is reached.

Sir Graham last night rejected accusations that the contest was being unnecessarily drawn out, leaving the Government in chaos during a period when the country is facing intense challenges. 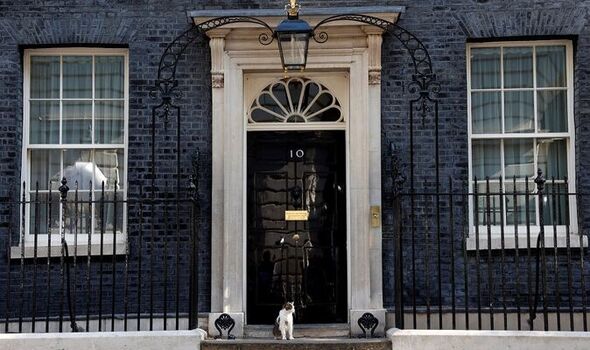 He said: “What we have tried to do is find a balance. We’re making sure that the parliamentary stages are concluded reasonably rapidly before the summer recess.

“But we do believe that we can have a proper discussion within the party. Obviously we know parliamentary candidates already, we do need to make sure there’s a decent period of time before the result is announced on September 5.

“We need to make sure there’s a reasonable amount of time for the party membership in the country to have a chance to meet and question the candidates at regional hustings.”

Sir Graham expects the knockout rounds of votes by MPs will be concluded by Thursday next week when the Commons breaks up for the summer holidays.

“We’ll get down to the final two as quickly as that happens,” he said. “We will have successive ballots until that happens. I would hope that we would do it relatively quickly.

“We will have the first two ballots this week and then begin ballots next week, probably on Monday.

“And it may be that we reach the final two at that point.

“I think the result should be announced on September 5, which will be when the House returns from the summer recess. I think that’s a perfectly reasonable timetable.

“What the volunteers on the party board were very keen to ensure was that there were going to be sufficient opportunities for hustings meetings around the country.

“We have reached a satisfactory agreement on that.”

Sir Graham said the candidates who reach the final two will be expected to carry on to the final ballot of members rather than ending the contest early with a “coronation”.

“I will be seeking assurances when we get towards that later point,” he said. Party officials were understood to be opposed to the idea of one of the candidates dropping out – as

Andrea Leadsom did in favour of Theresa May in 2016 – denying grassroots members a vote.

Sir Graham said the hopefuls who have so far declared their intention to run suggested a robust competition was looming.

“It seems to me quite a big field at the moment, a lively contest. I hope we will have a very constructive contest and a really good opportunity for a healthy constructive debate.

Healthy “I’m very keen that we get this concluded as smoothly and rapidly, and, certainly, we should have a conclusion and a new leader of the party elected on September 5.

“I think this is a really great opportunity for us to have a really good debate about the future of the party, I think it will be a healthy thing to do. We will have that result in a few weeks time.” Pressed about accusations from some Tories that Mr Johnson should have been ejected from Downing Street immediately rather than continuing in office until September, the senior Tory MP said: “This is a simple constitutional principle in this country, the prime minister remains prime minister until there is a successor.

It was the first poll carried out since Defence Secretary Ben Wallace, recently a clear favourite among the party leadership, had indicated he will not be a candidate.

Ms Mordaunt had 20 per cent of support in the poll compared with 19 per cent for Ms Badenoch, 12 per cent for Rishi Sunak and 10 per cent each for Suella Braverman and Liz Truss.

The Conservative Party Board also agreed:

A live debate with the Tory leadership candidates will be on ITV this week. MPs still in the race for the role after the initial knockout rounds will be put through their paces at ITV’s White City studios at 7pm on Sunday.

The channel’s last Tory leadership debate between Boris Johnson and Jeremy Hunt in 2019 was watched by 4.4 million viewers. Sky News will then hold another debate the following evening, hosted by Kay Burley.

At its west London studios, the would-be prime ministers will face questions from a virtual studio audience. 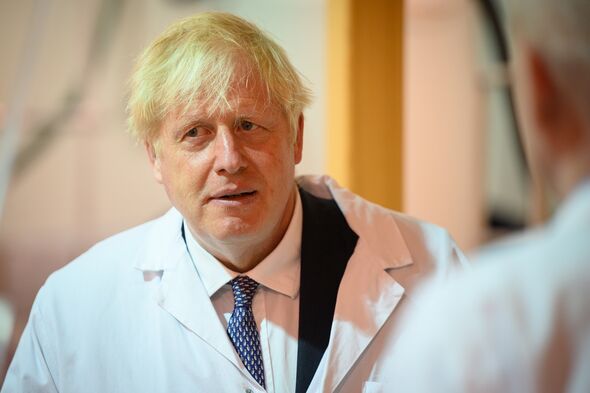 Boris isn’t backing any of the runners

Boris Johnson will not endorse any of the leadership candidates to avoid hurting their prospects. The Prime Minister emerged in public yesterday for the first time since his dramatic resignation statement last week.

On a visit to a biomedical research centre in London, Mr Johnson said: “There’s a contest under way and I wouldn’t want to damage anybody’s chances by offering my support.

“I just have to get on and discharge the mandate.”

Meanwhile, insiders close to the PM said wife Carrie felt No 10 was “like a prison”. They said she became trapped, unable to come and go without fear of being photographed with the couple’s two young children.

The source said: “Downing Street is like a prison. It’s nice enough in the flat, but it doesn’t have its own outside space that is genuinely yours.

“The garden is shared with the staff and you can’t move outside without people following you or taking pictures. That is a nightmare.”

Boris hits back! Sausage war explodes as No10 rages at ‘purist’ bloc – ‘Show some sense!’