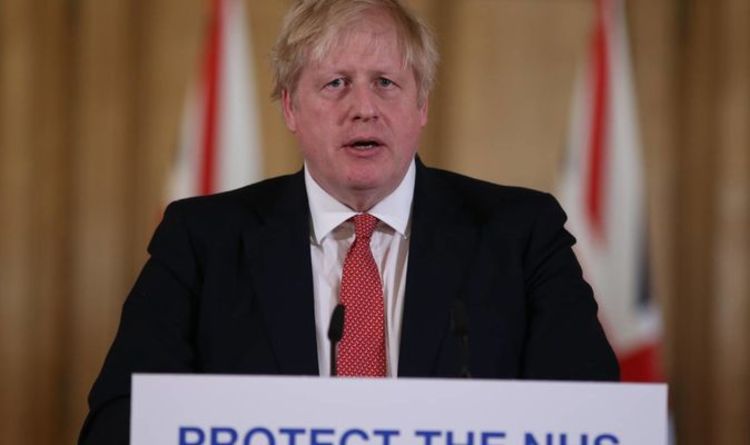 The Prime Minister last night agreed the huge rescue package with Chancellor Rishi Sunak and Health Secretary Sajid Javid. He is also expected to finalise a further £10billion a year over the next three years for fixing the crumbling social care system as early as tomorrow’s Cabinet meeting. And in the face of a furious Tory revolt against his plans for a 1.25 percent hike in National Insurance to fund the two schemes, the Prime Minister will argue that the health and care system cannot cope without the extra investment funded by taxpayers.

“That means, of course, a long-term plan for social care. It also means dealing with the repercussions of the pandemic on hospitals and other healthcare services.”

Senior Whitehall officials were engaged in a frenetic series of phone calls and online meetings last night to finalise details of this week’s announcements.

The first part of the package – to drive down hospital waiting lists that soared when the NHS focused on fighting Covid – was agreed last night while tense negotiations continued on the social care shake up.

But a Tory revolt was intensifying with a swathe of backbenchers and five Cabinet ministers opposed to the Prime Minister’s national insurance hike.

One senior Tory MP said: “It sounds like the sort of thing a Labour government would do, basically just bunging up tax.

“Instead of doing the hard thing, which is reform, this would be doing the easy thing.

“It will tax younger voters most and they will be the ones who benefit least from the policy.

“I think it’s a very tricky road for a Conservative government to go down. “To tax without reform would be seen as highly inflammatory in the heart of the Conservative Party.”

Mr Sunak is also expected to officially confirm as early as tomorrow that the state pension “triple lock” will be temporarily suspended because of the surge in earnings growth as his Covid job support scheme is phased out.

Treasury officials had feared raising the pension in line with earnings could run up an extra £8billion a year bill. The other parts of the triple lock mechanism, guaranteeing rises in line with inflation or 2.5 percent will be retained.

Many senior Tories are furious that National Insurance hike – and the pensions triple lock suspension – will breach promises in the Tory 2019 general election manifesto.

Former Tory chancellor Lord Hammond yesterday warned the tax hike would cause the party “significant damage” at the polls.

The peer told Times Radio: “An increase in National Insurance contributions is asking young working people, some of whom will never inherit the property, to subsidise older people who’ve accumulated wealth during their lifetime and have a property, and, on any basis, that has got to be wrong.

“I think that if the Government were to go ahead with the proposed increase in National Insurance contributions, breaking a manifesto commitment in order to underwrite the care costs of older people with homes, I think that would provoke a very significant backlash.

“I think it would cause the Government – the Conservative Party – significant damage.”

Lord Hammond vowed to “vote against” the legislation in the House of Lords if the opportunity arises.

“Economically, politically, expanding the state further in order to protect private assets by asking poor people to subsidise rich people has got to be the wrong thing to do,” he said.

Mr Johnson’s estranged former chief adviser Dominic Cummings yesterday tweeted: “Every Tory MP stood on a manifesto promise not to put up income tax and National Insurance. The PM personally guaranteed it. If you vote to break your promise, you will hear: ‘You’re a liar all the same’ for years.”

He told the BBC’s The Andrew Marr Show: “We’ll bring forward our proposals, and I’m very happy to come back on your programme when the details are published to discuss how we will pay for better and reformed adult social care.”

He also risked angering many colleagues by refusing to say that the Conservative Party was a “low tax” party.

Mr Zahawi told Times Radio: “The Conservative Party is the party of fair taxation, making sure that we get not just the tax rate but the tax take right as well.

“It is not just focusing on the rate that makes a difference, it is also what we have in the coffers to pay for more police, more nurses, more doctors, the NHS.”

Former Cabinet minister Liam Fox, who was shadow health secretary when the Tories were in opposition two decades ago, yesterday urged the Government to revive a Tory plan dating back to the period that would seek to encourage people to take more personal responsibility for investing in case they need social care in old age.

Under his plan, the state would protect families from having to sell their home to cover the cost of elderly care as long as they had invested in a dedicated, pension-style fund to contribute to care costs.

“Everyone agrees that we need more money in the system. The question is how do you do that in a fair and equitable way.

“We’ll be looking at the Government’s plans to see whether they encourage personal responsibility and they are fair across the generations,” Dr Fox said.

He said the plan would “put long-term care on a sound financial footing while being fair to those those who wanted to pass their assets onto the next generation but did not unduly penalise the young.”

University of California System to Divest From Fossil Fuels 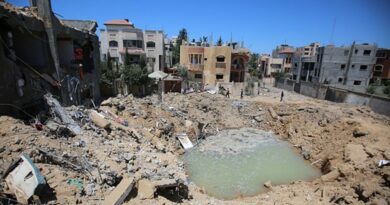