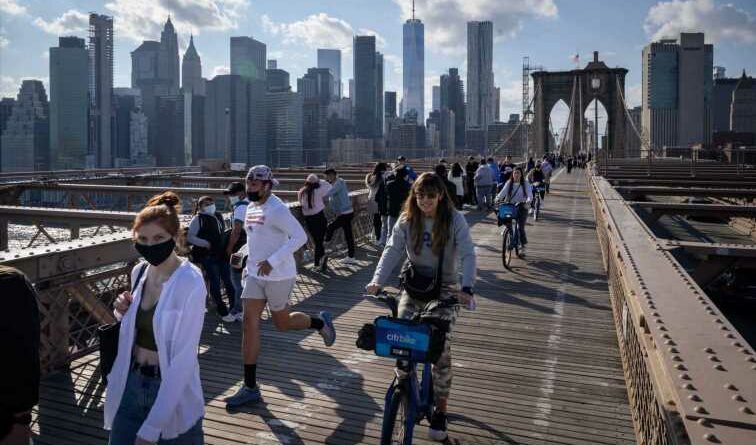 "We are ready for stores to open, for businesses to open, offices, theaters, full strength," de Blasio said in announcing the date on MSNBC's "Morning Joe."

It's the first time the city will be fully reopen in more than a year. The first shutdown began March 2020 when the city became the U.S. epicenter in the early days of the Covid-19 pandemic.

Restaurants, gyms, shops, hair salons and arenas will open at full capacity. Smaller theaters could reopen over the summer and Broadway is on track for opening by September. Schools will be back at "full strength" in the fall.

New York City has recorded 923,953 coronavirus cases and 32,461 virus-related deaths as of Wednesday.

Also of Wednesday, more than 6 million doses of Covid vaccines have been administered in the city, and about 36% of its adult population is fully vaccinated, according to city data. More than half the city's adult population has received at least one dose.

"What we're seeing is that people have gotten vaccinated at extraordinary numbers," de Blasio said. "This is going to be the summer of New York City. I think people are going to flock to New York City because they want to live again."

It wasn't immediately clear whether mask mandates will stay in place through the summer.

Gingrich and Whiton: Trump can support Hong Kong freedom fighters with these actions