“New York tough means New York loving, and I love New York,” Cuomo said at an emotional news conference, where he said he will resign from his position in 14 days. “And I love you. And everything I have ever done has been motivated by that love. And I would never want to be unhelpful in any way. And I think that given the circumstances, the best way I can help now is if I step aside and let government get back to governing.”

In at least one instance, investigators found that the governor and his senior team actively retaliated against a woman who accused Cuomo of sexual harassment.

“Gov. Cuomo’s administration fostered a toxic workplace that enabled harassment and created a hostile work environment where staffers did not feel comfortable coming forward with complaints about sexual harassment due to a climate of fear and given the power dynamics,” James said.

On Tuesday, Cuomo apologized for comments he made toward women, but denied that he sexually harassed anyone.

“There is a difference between alleged improper conduct and concluding sexual harassment,” Cuomo said. “Now don’t get me wrong, this is not to say that there are not 11 women who I truly offended. There are. And for that I deeply, deeply apologize. I thought a hug and putting my arm around a staffer for a picture was friendly, but she found it to be too forward.”

“I have slipped and called people honey, sweetheart and darling,” he added. “I meant it to be endearing, but women found it dated and offensive.”

Cuomo’s resignation cuts short a three-term governorship and upends the career of a onetime Democratic Party star, marking one of the most dramatic turns of political fortune in recent U.S. history. New York Lt. Gov. Kathy Hochul will replace Cuomo when his resignation is effective in two weeks, becoming the 57th governor of New York and first woman to hold the office.

“I agree with Governor Cuomo’s decision to step down,” Hochul said in a statement Tuesday. “It is the right thing to do and in the best interest of New Yorkers.”

At the height of the COVID-19 pandemic, Cuomo won praise, and even adoration, for his reassuring daily televised press conferences. Politics watchers who hailed his poise credited him for offering a taste of crisis leadership that then-President Donald Trump did not provide.

But instead of catapulting a regional power broker to lasting national influence, Cuomo’s brief, TV-fueled rise as a folk hero ― complete with an Emmy Award and a seven-figure book deal ― ended up foreshadowing the pride before a fall.

Beneath the surface-level adulation, Cuomo’s critics on the left and right had, for months, blasted the governor for a decision to effectively force ill-equipped nursing homes to admit COVID-19-positive patients discharged from hospitals during the first, most severe months of the pandemic.

Cuomo’s refusal to share data about the scale of COVID-19-related deaths in those nursing homes with state lawmakers, and his decision to inoculate the homes from lawsuits related to their handling of patients during this period, only added to his skeptics’ suspicion. 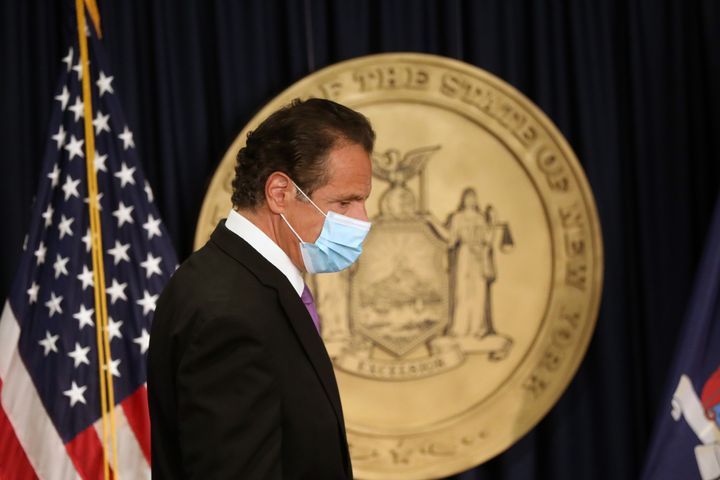 Cuomo’s success at keeping local criticism out of national headlines came to an abrupt end in late January when James, the state attorney general, released a report about his management of the nursing home crisis. James, a former Cuomo ally, concluded that due in part to a refusal to count the deaths of nursing home residents who died of COVID-19 in hospitals among the official tallies of the coronavirus’s impact, the Cuomo administration had been reporting 50% fewer nursing home COVID-19 deaths in the state than there had actually been.

Two weeks later, someone leaked details of a conversation between senior Cuomo aide Melissa DeRosa and state lawmakers in which she admitted that Cuomo had postponed the release of comprehensive nursing home death data for fear that the Trump administration would take advantage of it politically.

Of course, other Democratic governors targeted by Trump did not respond by trying to concealing their states’ data.

And with Trump gone from office, Cuomo no longer had the Republican president as a foil. It was suddenly open season on the man whom news outlets had called “America’s governor.”

The FBI and a Brooklyn office of President Joe Biden’s Department of Justice announced an investigation into Cuomo’s handling of the nursing home data. And a threatening call from Cuomo to New York Assemblymember Ron Kim (D), who had been outspoken against the nursing home policy long before it made national headlines, elicited multiple days of negative media coverage, bringing to light a penchant for bullying that had long been common knowledge in Albany.

Cuomo’s alleged cover-up of nursing home COVID-19 deaths was already the most significant scandal of his decade-long governorship. 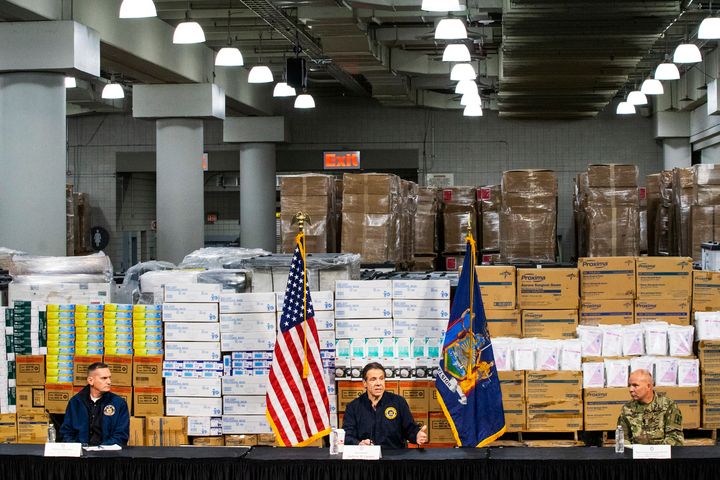 Then, another storm hit. In late February, Lindsey Boylan, a former aide to Cuomo, penned a detailed account of unwanted sexual advances from the governor, including a suggestion that they “play strip poker” and an unsolicited kiss on the lips. Four more women, three of them also former aides, came forward in quick succession to accuse the governor of similar conduct.

Charlotte Bennett, a former assistant to Cuomo, recounted how the governor asked her whether she had sex with older men.

Cuomo denied the details of Boylan’s story, but not those provided by Bennett.

Instead, he asked the public to withhold judgment pending an independent investigation of the incident. He initially sought to have a former judge of his choosing conduct the probe, but ultimately agreed to let James oversee the investigation. (She tapped attorneys from third-party law firms for the task.)

Cuomo also claimed he had not intended to indicate sexual interest in his accusers, even as he apologized for giving Bennett and other women such an impression.

“I acknowledge some of the things I have said have been misinterpreted as an unwanted flirtation,” he said. “To the extent anyone felt that way, I am truly sorry about that.”

The apology would not be enough to retain the support of key political allies. After two more former aides accused Cuomo of making them uncomfortable with comments and physical gestures on March 6, state Senate Majority Leader Andrea Stewart-Cousins (D) joined calls for his resignation.

Cuomo’s troubles grew on March 9, when a female aide went public with an accusation that Cuomo had groped her breast during an evening visit to his mansion. She was the sixth woman to accuse him of sexual misconduct. Her claim was the most serious yet; the charge was referred to the Albany police.

Cuomo denied the allegation from the unnamed aide, but faced increasingly uncomfortable questions about his refusal to resign. As governor, he has called on at least six elected officials to resign over allegations of sexual misconduct or other impropriety, including Virginia Gov. Ralph Northam (D). Northam, who admitted in February 2019 to wearing blackface in the mid-1980s, successfully resisted calls for his departure.

The dams began to break on March 11, when 59 Democratic state lawmakers in both chambers of the New York legislature called for Cuomo’s resignation and Assembly Speaker Carl Heastie (D) announced the initiation of an impeachment inquiry against Cuomo.

The consolidation of state legislature Democrats against Cuomo helped push Democrats who represent New York in Congress over the edge.

Rep. Jerry Nadler (D), chairman of the House Judiciary Committee and dean of New York’s congressional delegation, was also among those who concluded it was time for Cuomo to go.

“The repeated accusations against the governor, and the manner in which he has responded to them, have made it impossible for him to continue to govern at this point,” Nadler said.

Cuomo initially resisted these calls, but the tide of allegations kept growing. On March 19, one of Cuomo’s aides, Alyssa McGrath, told The New York Times that Cuomo had, on more than one occasion, made sexually suggestive remarks to her and stared down her shirt. McGrath said she considered the treatment “sexual harassment.”

She said she felt that Cuomo subjected her and the unnamed aide, who has accused Cuomo of unwanted groping, to consistently flirtatious innuendo. The unnamed aide confided in McGrath about the alleged groping shortly after it occurred, McGrath told the Times.

McGrath came forward because she was angry at Cuomo’s public declarations that he had never “touched anyone inappropriately,” she told the Times.

“I have no doubt in my mind that all of these accusers are telling the truth,” she said.

Europe Is Looking at Several More Weeks of Virus Lockdowns 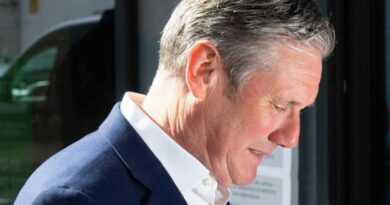 Starmer on brink: Keir has FIVE weeks to fix Labour – rival warns of ‘curtains’ for leader