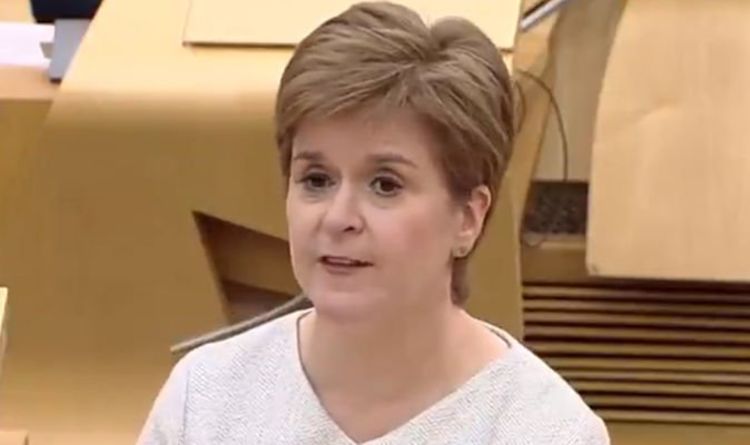 Nicola Sturgeon insisted this was not a delay, but instead was a “very pragmatic compromise”. However, opposition leaders branded the scheme a “shambles” and said pushing back the enforcement date for it was typical of the “last minute, rushed, chaotic planning that we have seen time and time again from this SNP Government”. Both the Scottish Conservative leader, Douglas Ross, and his Liberal Democrat counterpart, Alex Cole-Hamilton, urged the First Minister to abandon the initiative – with the latter branding it an “assault on the right to medical privacy”.

The First Minister said: “I want to do everything that is reasonably possible to keep people and the country as safe as possible from the risk of Covid over these winter months.

“This winter will pose challenges, not just to Scotland but to countries across the world, that are greater than any in our lifetimes, potentially.

“So we must do everything we can to get through those challenges as safely as possible and, if Covid certification can play even a small part in that, I think it is better than facing the risk of having to close down certain businesses again over the winter period.”

As it stands, the Scottish Government scheme is due to come in from 5am on Friday, October 1.

From this point, those going to night clubs as well as large scale events will have to show that they have had two doses of coronavirus vaccine.

However, in an update to Holyrood, Ms Sturgeon announced businesses will not face the threat of enforcement action for non-compliance until October 18.

She told MSPs she had made the change after listening to the “reasonable concerns of business”.

“This period – effectively a grace period – will allow businesses to test, adapt and build confidence in the practical arrangements they will need to put in place to be compliant with the scheme.”

“But we will have a grace period before any business will face enforcement action for non-compliance with the scheme.”

But the Night Time Industries Association (NTIA) is already preparing to mount a legal challenge to the scheme.

And Leon Thompson, UK Hospitality’s executive director for Scotland, insisted that “the reality is that the Scottish Government is not ready to introduce this scheme”.

He welcomed the delay in enforcement, as he said: “With no published regulations or guidance, businesses are working in the dark with little chance of being ready for Friday.

“Similarly, there has been no public campaign to advise people on what they need to do, with the app for downloading certification only available from this Thursday.”

His comments came as the Scottish Tory leader argued the delay in enforcement action showed that the First Minister was “only now” conceding that “that this is a botched scheme”.

Trump Aide Mick Mulvaney: ‘No Politician Is To Blame’ For Mass Shootings