A global activist organization has filed a court action to press the Scottish government to wield its popularly known “McMafia” law to force Donald Trump to reveal the mysterious sources for his all-cash purchases and development of his Scottish golf resorts.

The U.S.-based nonprofit Avaaz, an online activist network, filed a petition in Scotland’s highest civil court this week seeking a judicial review of the government’s decision not to pursue an “Unexplained Wealth Order” against Trump’s businesses. The former U.S. president purchased the Turnberry resort in 2006 and Aberdeenshire in 2014 in all-cash transactions when he was heavily in debt and couldn’t find banks willing to lend him money.

The court action comes amid speculation that the clubs could be part of a money-laundering operation. The British government introduced Unexplained Wealth Orders in 2018 to help officials fight money-laundering and other illegal enrichment operations.

The clubs have yet to turn a profit — despite the millions of dollars Trump has pumped into them. The resorts lost about $75 million in the eight years, through 2019.

The clubs haven’t paid taxes to the Scottish government, as Trump once boasted they would do when he was seeking approval for them. In fact, Trump’s resorts collected about $800,000 in COVID-19 subsidies from British taxpayers.

Trump bought the Aberdeenshire site in 2006 for more than $10 million in cash. He spent at least $60 million more building a course, hotel and cottages, according to company filings. The Trump Organization has said in statements and filings that it has spent a total of more than $140 million on the complex, noted Reuters, which was the first to report on the Avaaz petition.

As of last year, a plan was still underway to build a $185 million, 500-unit housing development next to the Aberdeenshire club.

In 2014, Trump bought the Turnberry resort in Aryshire for $60 million, again all cash. According to U.K. filings, the Trump Organization spent $100 million more in cash on upgrades and other expenses.

Despite concerns about the properties, Parliament voted, 89 to 32, in February against a Scottish Green Party motion to force Trump to reveal his cash sources.

Avaaz argued in its court petition that the motion was voted down because of a misinterpretation of the law. Though lawmakers criticized Trump, they believed it was up to law enforcement, not government, to impose an Unexplained Wealth Order. In fact, it’s up to the ministers, Avaaz argued. As a “matter of law it is simply not possible for the Scottish ministers … to insulate themselves from the responsibility … and accountability for decisions concerning Unexplained Wealth Orders,” noted a letter to the government from Harper Mcleod, the law firm representing Avaaz.

“Scottish Ministers are turning a blind eye to serious questions about Trump’s unexplained $60 million cash purchase of Turnberry,” Avaaz’s legal director, Nick Flynn, said in a statement to HuffPost. There is “reasonable suspicion as to the sufficiency of Trump’s lawful income for the purpose of buying Turnberry,” he added.

When the issue came up for a vote in Parliament in February, Trump’s son Eric, a director of the Scottish enterprises, dismissed it, condemned the politicians for pushing “personal agendas” and insisted that the Trump Organization had “made an overwhelming contribution to the leisure and tourism industry” in the country.

Accounting for the former president’s Scottish resorts is unusual because Trump is the creditor for his own businesses, which means payment for many of the resorts’ costs flow right back to the Trump Organization.

That circular flow of money within the Trump network provides an opportunity for money laundering, The New Yorker business writer Adam Davidson has suggested. He called the resorts “money disappearing” operations.

Trump “owns the asset, lends the money, owes the money, is owed the money,” Davidson explained. “The overall picture is crystal clear: Every year, Trump lends millions to himself, spends all that money on something, and claims the asset is worth all the money he spent.”

But Trump couldn’t possibly have spent all the outlays he claims on his properties, Davidson argued. “We have the planning docs. We know how much he spent — it’s far less than what he claims. The money truly disappears. It goes from one pocket to another pocket and then the pocket is opened to reveal nothing is there.” 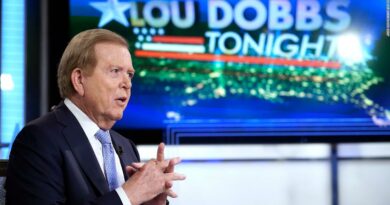 In 1st Speech Since Election Night, Trump Attacks Voting Itself as Biden Says ‘the People’ Pick the President

All the 2019 general election results – mapped and in full