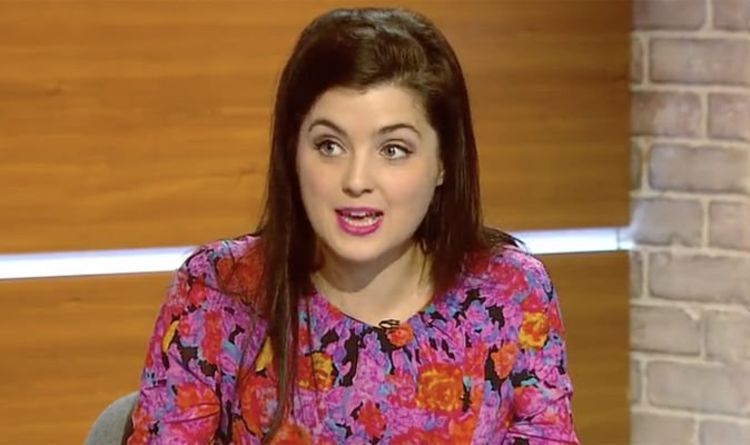 Tory MP Andrew Rosindell appeared on the Jeremy Vine show to argue his case for playing the British national anthem every day on major broadcasters including the BBC. The MP for Romford said the anthem should be played to help “unify the country”. The request, put forward in the House of Commons on Thursday, was met with delight from Government ministers, who agreed to consider the proposal.

The anthem was previously played at the end of broadcast on television channels, prior to 24/7 rolling news.

However, Storm Huntley said the move could backfire badly in Scotland against the UK.

She told Mr Rosindell on the Jeremy Vine show that the return of the anthem would not go down “very well” in Scotland.

Ms Huntley said: “I think a lot of Scots don’t really recognise that as their national anthem.

“In the middle of it, it does mention crushing rebellious Scots, which doesn’t feel altogether unifying as a home nation.”

JUST IN: Liz Truss set to ‘capitulate’ to the EU over hated deal

She added: “We have Flower of Scotland and I like both national anthems.

“But in Britain, we have an issue with the England – Scotland divide.”

Earlier, Mr Rosindell said that the BBC should be restoring the anthem on its broadcast on the 6th February, to mark the start of the Queen’s Platinum Jubilee.

He claimed the backlash surrounding his proposal was overstated: “The wokerati don’t want it back, but young people today love their country and are deeply patriotic.”

In the Commons on Thursday, Mr Rosindell said: “I know the minister will agree that the singing of the national anthem is something that provides stability and pride in our nation.

“So in this year, the Queen’s platinum jubilee, will the minister take steps to encourage public broadcasters to play the national anthem, and ensure the BBC restores it at the end of the day’s programming before it switches to BBC World Service?”

However, the idea was also met with ridicule and backlash.

A column in the Scottish National paper also tore into the idea, claiming that the Conservatives “seem to live in some alternate reality where Britannia still rules the waves”.

The G.O.P. Lines Up Behind Trump