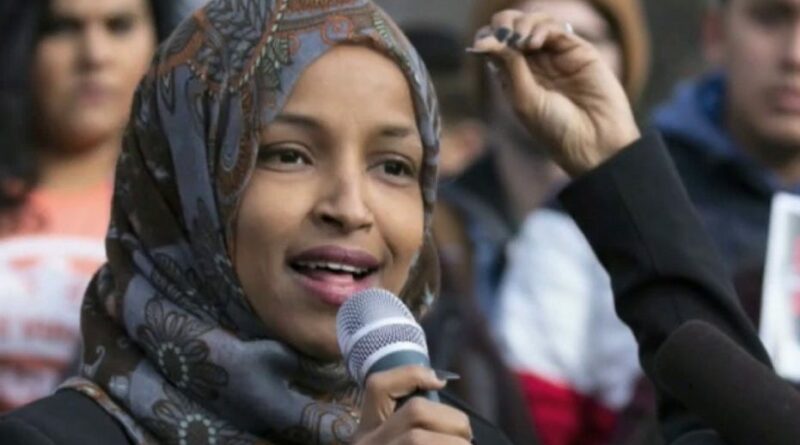 When are Democrats going to get serious about Ilhan Omar?: Whiton

On Tuesday, one day after she posted a now-infamous tweet likening the U.S. and Israel to terror groups Hamas and the Taliban, Omar retweeted a post including a video produced by the International Solidarity Movement (ISM).

The video shared by Omar depicted a Palestinian child being carried off by Israeli police forces as an explosion is heard in the background.

In 2010, ISM was deemed by the Anti-defamation League (ADL) as one of the top 10 anti-Israel organizations in the country. The FBI has also investigated ISM for possible links to terrorists, but FBI documents reported in 2020 by the Intercept did not detail any charges levied.

ISM was also criticized by the ADL in 2014 for the group’s response to the kidnapping and murder of three Israeli teens, with ISM saying the teens were “missing” and dismissing Israeli Prime Minister Benjamin Netanyahu’s attribution of the murders to internationally recognized terrorist organization Hamas.

While ISM promotes itself as “non-violent,” its founders have endorsed Palestinians’ right to “armed struggle” in the past.

David Bernstein, a professor at George Mason University’s Antonin Scalia School of Law, blasted ISM as a “pro-terrorist organization” in a 2015 opinion piece in the Washington Post, noting that the group had expressed support for a violent terrorist, Samer Issawi.

“Consider ISM’s support for Samer Issawi, a terrorist affiliated with the Democratic Front for the Liberation of Palestine,” Bernstein wrote. “Israeli authorities arrested Issawi at the height of the second intifada in 2002 for crimes that ‘included four shootings, between July 2001 and February 2002, in which Issawi and his partners fired on police cars and buses travelling between Ma’ale Adumim and Jerusalem.’”

Bernstein pointed out that ISM has called Issawi a “freedom fighter” on its Twitter account and suggested that he is a “political prisoner” in an Israeli prison.

Issawi was freed in a prisoner swap in 2011, but was quickly re-arrested after breaking his release terms. While in prison, he began a hunger strike that captured international attention.

Bernstein also pointed out in his piece that ISM co-founders Huwaida Arraf and Adam Shapiro penned an article that promoted using nonviolent resistance in tandem with violence.

“The Palestinian resistance must take on a variety of characteristics – both nonviolent and violent,” the article read. “But most importantly it must develop a strategy involving both aspects.”

“No other successful nonviolent movement was able to achieve what it did without a concurrent violent movement – in India militants attacked British outposts and interests while Gandhi conducted his campaign, while the Black Panther Movement and its earlier incarnations existed side-by-side with the Civil Rights Movement in the United States,” the ISM co-founders continued.

Additionally, the ISM leaders detailed the use of “violent” resistance to achieve goals.

“Violent resistance is when an armed Palestinian fighter shoots an Israeli who is oppressing him,” they wrote, with Bernstein pointing out they did not specify Israeli soldiers, but rather “any Israeli deemed to be “oppressing” a Palestinian.”

In a Saturday statement to Fox News, Bernstein said he doesn’t believe that ISM has “been very active lately” and suspects that the video retweeted by Omar “is recycled from some time long ago.”

“But in any event, ISM’s always been a propaganda machine for the Palestinians, not an objective human rights source,” he said.

Omar shared the video of the Palestinian child the day after tweeting that the U.S. and Israel, like Hamas and the Taliban, had committed “unthinkable atrocities.”

The tweet was met with a sharp rebuke from both sides of the aisle, with Democratic leadership issuing their own condemnation of Omar’s words after the congresswoman posted a release clarifying her tweet.

When asked if House Democrats would be pursuing further action against Omar during a press conference, House Speaker Nancy Pelosi, D-Calif., didn’t even let the reporter finish his question before answering in the negative.

“I think that she clarified her remarks and we accept that, and she has a point that she wanted to make and she has a right to make that point,” Pelosi said. “There’s some unease about how it was interpreted.”

“She made her clarification,” Pelosi added before moving onto the next question.

Neither Omar’s office nor ISM immediately responded to Fox News’ requests for comment. 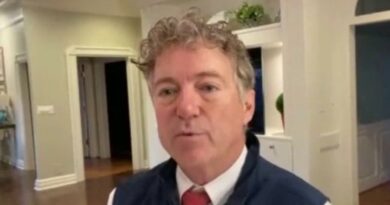 Michael Hancock, other black leaders back John Hickenlooper for Senate