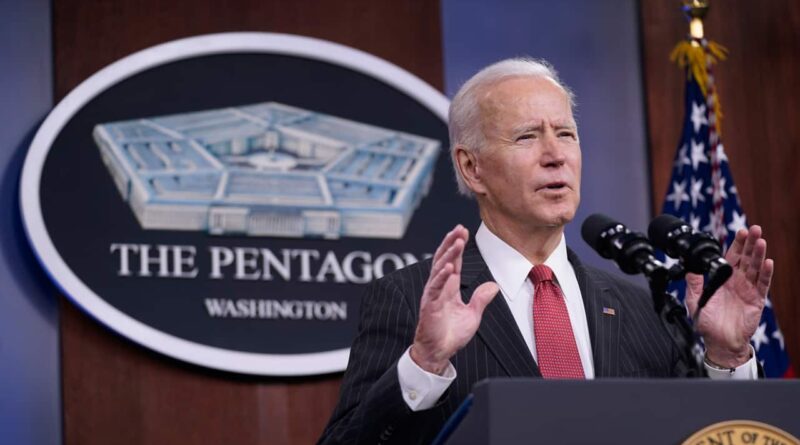 President Biden will issue an executive order to create a bipartisan commission to study Supreme Court reform, including its membership and size; Peter Doocy reports from the White House.

President Biden is getting hammered from both sides of the aisle for his proposed $715 billion defense budget the White House released Friday, with progressives saying that’s too much money for the Pentagon while Republicans say the proposal falls way short of defense needs.

Biden announced the Pentagon spending proposal Friday as part of his broader $1.5 trillion budget request for 2022.

Progressives panned Biden for proposing $715 billion for the Pentagon — an increase of 1.6% from the 2021 enacted levels of $703.7 billion, according to the budget plan.

Rep. Ro Khanna, D-Calif., said the Pentagon boost is “disappointing” when Biden should return to defense spending levels of the Obama Administration.

Another leading progressive voice, Rep. Mark Pocan, D-Wis., panned the “unacceptable increase in the Pentagon budget” and said defense spending will have to be cut to get enough Democratic votes to pass the House.

“We cannot best build back better if the Pentagon’s budget is larger than it was under Donald Trump,” Pocan said Friday. 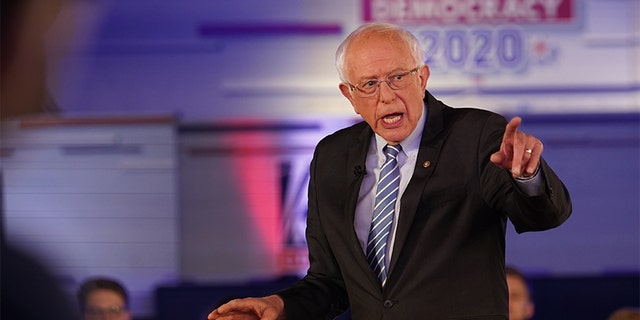 And Sen. Bernie Sanders, I-Vt., said he has “serious concerns” about the “bloated” Pentagon request.

“At a time when the U.S. already spends more on the military than the next 12 nations combined, it is time for us to take a serious look at the massive cost over-runs, the waste and fraud that currently exists at the Pentagon,” Sanders, chairman of the Senate Budget Committee, said Friday.

Progressives, however, were in favor of Biden’s defense proposal to eliminate the Overseas Contingency Operations fund as a separate “Pentagon slush fund” — as Pocan dubbed it. Instead of the separate war fund, which amounted to about $69 billion in 2021, the Biden proposal requests funding for ongoing war costs be part of the overall defense base budget.

On the other side of the aisle, Republicans blasted the Pentagon budget as being too small to maintain the United States’ competitive edge over China. 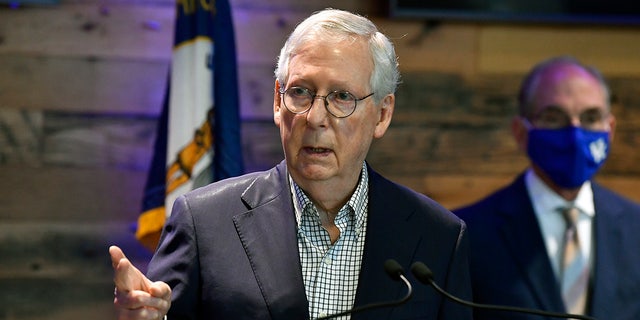 “President Biden’s budget proposal cuts defense spending, sending a terrible signal not only to our adversaries in Beijing and Moscow, but also to our allies and partners,” the GOP senators wrote. “Cutting America’s defense budget completely undermines Washington Democrats’ tough talk on China and calls into question the administration’s willingness to confront the Chinese Communist Party.”

The statement was authored by GOP Leader Mitch McConnell of Kentucky and Sens. Marco Rubio of Florida, Lindsey Graham of South Carolina, Jim Inhofe of Oklahoma and Richard Shelby of Alabama.

At the Pentagon press briefing Friday, press secretary John Kirby addressed the concerns that the GOP senators raised about the budget being too small.

Kirby said Defense Secretary Lloyd J. Austin III “is grateful for this level of funding because he believes it will allow us to innovate, modernize and … continue to defend the nation.”

Biden’s budget proposal to Congress is designed to outline the vision for what the White House prioritizes but it’s unlikely to ever become reality since it’s up to Congress to hash out such funding levels. 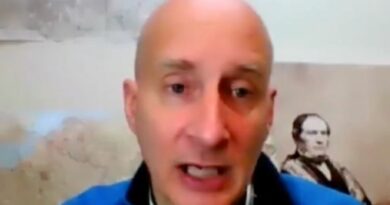