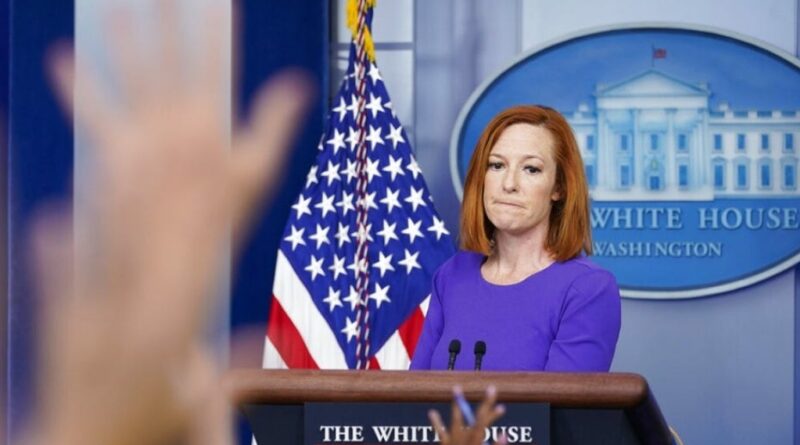 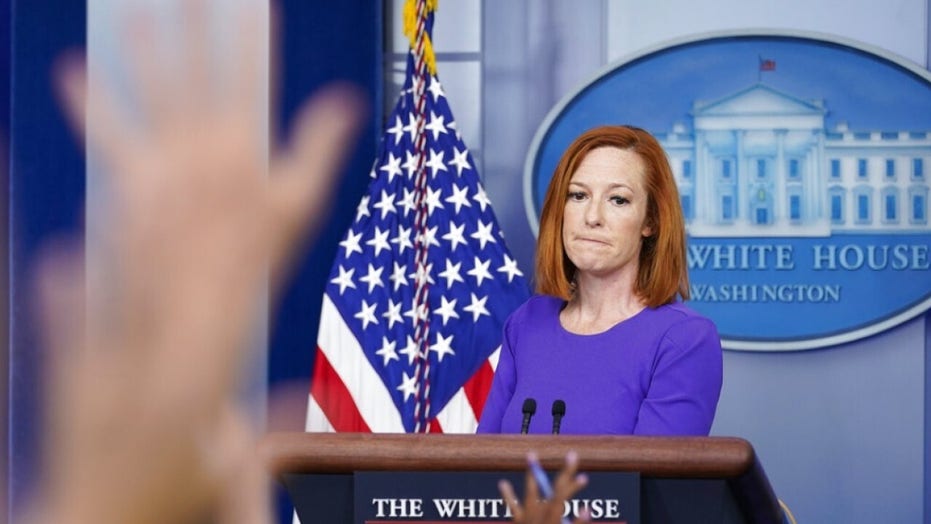 Jen Psaki knows she can get away with lying about police funding: Rubin

Republican members of Congress are criticizing President Biden’s decision to tout the new trillion-dollar infrastructure plan during a Tuesday trip to the Midwest battleground state.

The lawmakers lambasted Biden for his trip to La Crosse, Wisconsin, on Tuesday, where the president worked to sell the new bipartisan infrastructure deal he threatened to not sign before flipping on it over the weekend.

Sen. Ron Johnson, R-Wis., blasted the president in a press release issued Tuesday, saying what Biden “needs to learn and acknowledge today is that Wisconsin employers are finding it almost impossible to hire the workers they need because federal unemployment benefits provide an enormous incentive not to work.”

“Biden and his fellow Democrats refuse to acknowledge their socialist policies are creating greater dependency, hampering economic recovery, and further mortgaging our children’s future,” Johnson said. “Everyone agrees we must invest in infrastructure.”

Johnson also pointed out that the U.S. has “recently added $6 trillion to our national debt that now exceeds $28 trillion” and that a “fiscally responsible infrastructure bill would use the $700 billion of ‘COVID relief’ spending” not currently being used this fiscal year and “repurpose that amount for real infrastructure” instead of “new entitlements.”

Rep. Bryan Steil, R-Wis., also torched Biden in a press release, saying he hoped the president “takes note of the ‘Help Wanted’ signs across the state” as he visits Wisconsin.

“The worker shortage is a direct consequence of costly, inefficient policies from Washington. While Pelosi and Biden’s policies have brought us to this point, Gov. Evers can act and end the federal incentive keeping Wisconsin workers at home,” Steil said.

“The government needs to get out of the way and get workers back to work,” he added.

Steil and Johnson were joined by their fellow Wisconsin lawmaker Rep. Mike Gallagher, R-Wis., who warned that “Wisconsin farmers are struggling” and voiced his disappointment in seeing Biden avoid “listening to their concerns in an effort to salvage an infrastructure deal that he himself threw into jeopardy last week.”

“If the President neglects these reforms and only focuses on spending more money, we’ll throw hundreds of billions of dollars into an already broken system and fail to actually achieve the bipartisan goal of improving our infrastructure,” he added.

Rep. Andy Biggs, R-Ariz., told Fox News in a Tuesday statement that “Biden’s so-called ‘infrastructure’ deal is one big fight over how many socialist ideas the Democrats can get away with in the name of fixing our roads, bridges and highways.”

“Today’s trip to Wisconsin will just be a photo opportunity for Biden, who most likely won’t know what’s in his package that’s disguised as infrastructure,” Biggs added.

White House spokesman Andrew Bates pointed to a previous statement given to Fox News about Biden’s American Rescue Plan, highlighting the law enforcement funding included, but did not respond directly to the Republican lawmakers’ criticism of the president’s Wisconsin trip.

“The president ran and won decisively on a platform of increasing funding for law enforcement, against an opponent who not only spent his entire term attempting to cut the COPS program – with the support of congressional Republicans – but who also blocked critical resources needed to prevent the laying off of police officers at a time of rising crime,” Bates said.

“The president, with the backing of leading law enforcement groups, secured the money that his predecessor opposed – to keep cops on the beat – and every single Republican member of Congress voted against it,” he continued. “They continue to oppose the American Rescue Plan even as it delivers the rehiring of police in their districts.”

Bates added that Biden “is also fulfilling his campaign promise of fighting for hundreds of millions of dollars in additional funding for the COPS program” as a major component of a “comprehensive approach” toward gun violence prevention and claimed the president “inherited” the crime spike the country is seeing.

The compromise infrastructure plan carries a price tag of $973 billion and has bipartisan support.

Biden threatened to not sign the bill last week unless a Democrat spending companion bill was included “in tandem” with the compromise infrastructure plan.

Still, Biden has pledged to continue fighting for additional spending on so-called “human” infrastructure, such as expanding health care, combating climate change and enhancing care for elderly and disabled Americans, as well as children. 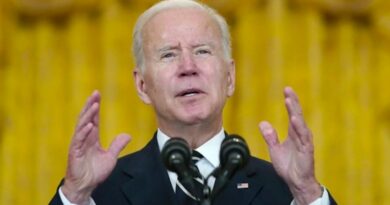