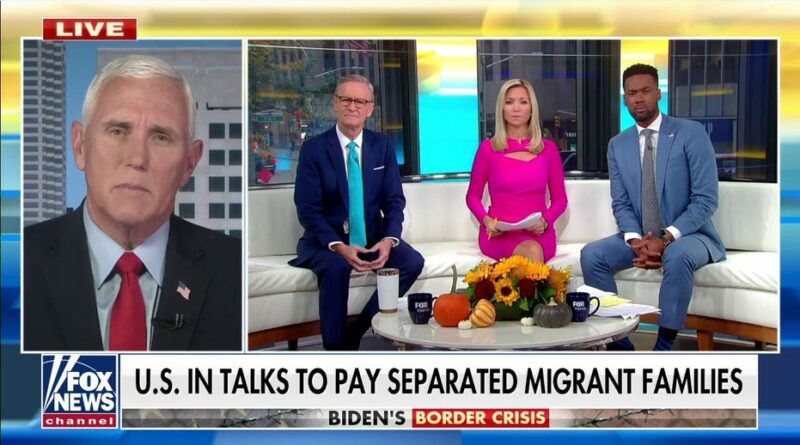 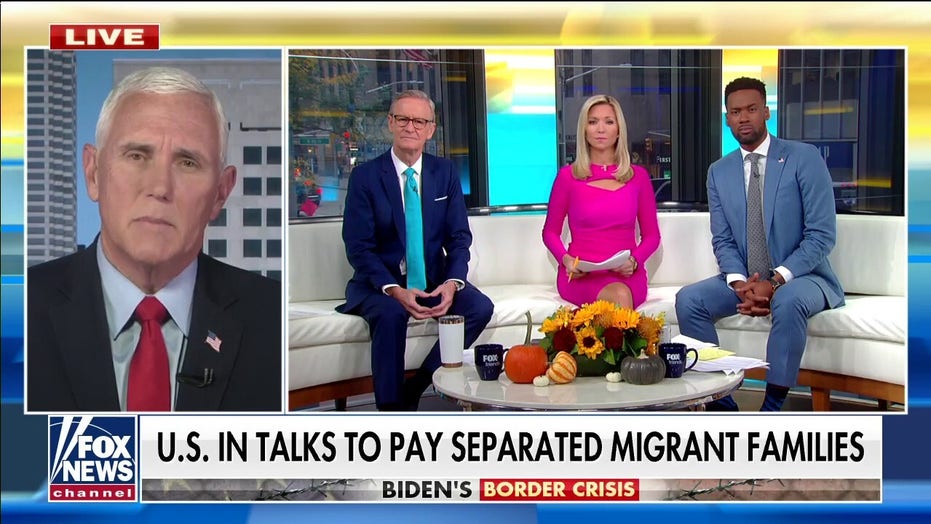 Former Vice President Mike Pence rips Biden administration for debating whether to pay ‘hundreds of millions’ to families separated at the border.

FIRST ON FOX: Dozens of House Republicans are sending a letter to three of President Biden’s Cabinet secretaries regarding reports that their agencies are in talks to give illegal immigrants separated at the border under the previous administration $450,000 each.

In the letter, the Republicans outline their “severe concerns” over reports that the agencies are considering paying $450,000 to illegal immigrants separated at the border under the Trump administration.

“The rationale for this egregious abuse of taxpayer dollars is to compensate these persons for ‘lasting psychological trauma,’” the lawmakers wrote in the letter obtained by Fox News. “Do, however, note that these persons crossed into our country in a knowingly illegal manner, fully aware of the consequences of violating our rule of law.” 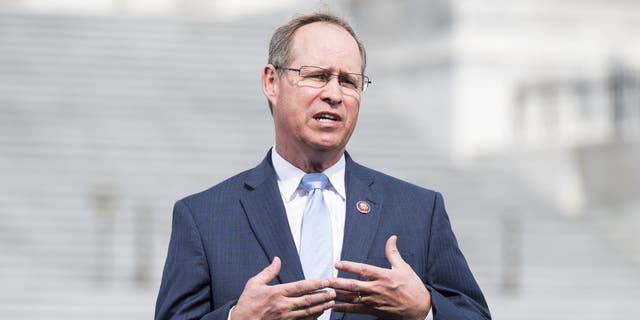 Rep. Greg Murphy, R-N.C., is leading a Republican letter demanding answers from Biden Cabinet secretaries on reported payments to illegal immigrants who were separated at the border under the Trump administration.
(AP)

“Promising tens of thousands of dollars to those who unlawfully entered the United States would not only reward criminal behavior, but it would surely send a message to the world that our borders are open and our rule of law will not be enforced,” the letter also reads.

The lawmakers charged that the Biden administration “has been incentivizing illegal immigration since its first day in office” when he struck several Trump-era border policies, which the lawmakers wrote has led to “the worst self-inflicted border crisis in history.”

Murphy and his colleagues also warned that if the Biden administration decides to pay the hundreds of thousands of dollars in taxpayer money to “thousands of illegal immigrants,” the administration “will unilaterally incentivize migrants from more than 150 nations across the world to surge our border.” 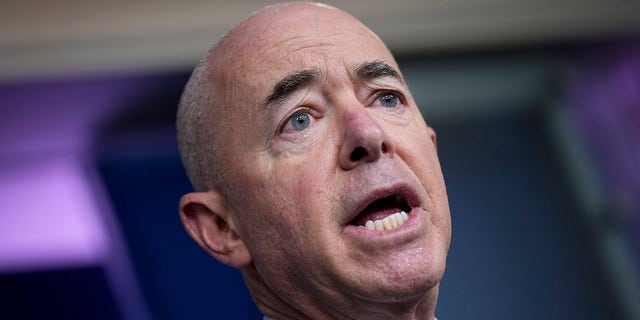 “Compare this hefty compensation sum to the 2019 average median American household annual income of $68,703,” they wrote. “Furthermore, compare it to the maximum payout from a SGLI life insurance policy for military members, which is $400,000.”

“At a time when the American household is dealing with historic rates of inflation and the price of average consumer goods – groceries, gasoline, and heating – have risen exponentially, it’s shocking that our government is considering rewarding illegal activity for purely political reasons,” the Republicans also wrote.

“Why is this potential compensation for families separated in 2018 under the previous administration and not those separated between 2008-2016 or since 2021?” the lawmakers posited.

The lawmakers concluded the letter by calling on the secretaries to “reconsider” their “horrific decision” and “rescind any potential action to this effect,” as well as demanding answers on the inte-department talks “as soon as humanly possible.”

“We are more than able to meet to discuss this urgent travesty,” they wrote.

The Wall Street Journal reported on Thursday that the three agencies were in talks to make the payments to the illegal immigrants.

The Journal stated the Departments of Justice, Homeland Security and Health and Human Services are “considering payments that could amount to close to $1 million a family,” though final payment amounts could change as some “families would likely get smaller payouts, depending on their circumstances.”

The sources also told the Journal that around 940 claims have been filed by immigrant families who were separated at the border. 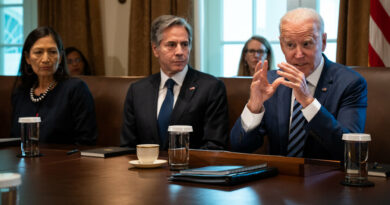 Biden heads to Ohio to promote his economic plan and appear in a televised town hall. 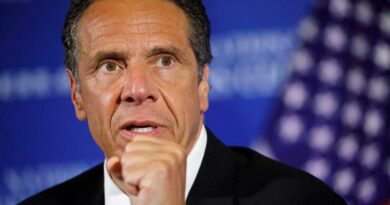