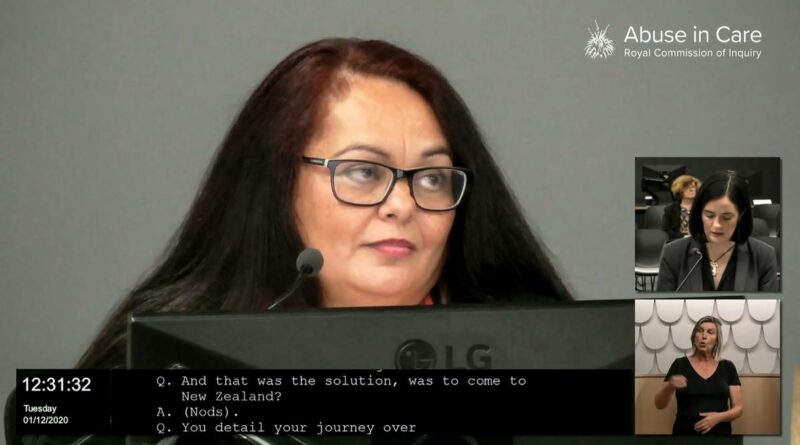 The Abuse in Care Royal Commission has become a dysfunctional institution and must change or be dismantled, a survivors’ group spokesman says.

Today, the commission will deliver an interim redress report and recommendations to the Governor-General.

Activist Dr Murray Heasley says issues related to scope, an apparent fixation with identity politics and a lack of transparency have disillusioned some survivors.

The inquiry this year allowed people to make submissions on what was meant by “in the care of faith-based institutions”.

The Herald has been told disgraced former Catholic Bishop Charles Drennan is among people who made queries about the inquiry’s scope.

Even if definitions are unchanged, the decision to consider queries on the scope of faith-based care outraged the Network of Survivors of Religious Abuse and their Supporters.

The commission says it offers multiple ways to hear and support survivors, and has committed millions of dollars for counselling.

But Heasley says many survivors are so frustrated his network can longer recommend abuse victims approach the commission.

One of those survivors is Anne Hill. She gave evidence about the Sisters of Mercy’s Star of the Sea orphanage in Howick, east Auckland.

One day, police took her father away after a domestic dispute. Anne was sent to an orphanage where physical, emotional and sexual abuse was frequent.

Hill also experienced abuse from Father Michael Shirres, who ingratiated himself with the family and would hear her parents’ confessions. Years later, she approached church leaders about Shirres.

In 1995, she received a settlement of $50,000 from the Catholic Church. By then, Shirres was working with vulnerable Māori communities.

Hill said police were never notified about Shirres and he was never prosecuted. He is now dead.

“They know exactly what’s happening and they have fabulous skills for protecting themselves,” Hill says of clerical abusers.

She says many abuse victims take decades to come forward.

“Then you wait and slowly you realise the rescue party isn’t coming.”

The Abuse in Care Royal Commission of Inquiry has described itself as the largest and most complex inquiry ever established in New Zealand.

Hill says she went to the Royal Commission with an open mind.

“I feel like I was a poster child for trying to be reasonable at the start. When I gave my statement at the hearing for a day, I was absolutely wrapped in cotton wool.

“The actual people I engaged with, the lawyers, their investigator, were really good.”

Hill told the commission the education system failed her and she developed PTSD from the abuse.

She says society is in denial about the scale of abuse at state and faith-based institutions.

“Suddenly I realised it’s not me and a few priests. It’s huge. It should have been responded to as a huge scandal. Instead, what we’ve got is no reaction.”

An interim report from the commission indicated up to 250,000 children, young people and vulnerable adults were abused in State and faith-based care from 1950-1999.

Hill says the commission has become an institution deferential to churches.

“All through this there has been a cultural separation – there’ve been the state wards, the churches, there’ll be Māori hearings, Pasifika hearings.”

Hill and Heasley say they find it repellent when church leaders are thanked for attending inquiry hearings about abuse in church-based settings.

Hill believes the commission should improve ways of empathising with survivors.

“They get it, in the way you might get it watching a serious documentary, but they do not understand.”

“We’ve got people now who are wanting their testimony back,” Heasley says.

He argues that when faith-based representatives were allowed to speak, they were given “softball” questions.

“It’s supposed to be inquisitorial but it’s a lazy, slapdash approach that did not observe the fundamental obligation, which is to make the institutions accountable.”

Heasley says the commission allows religious leaders to turn up and make “apologies which nobody wanted”.

He is appalled with Minute 16, which allowed feedback on what faith-based care meant.

Some Jehovah’s Witnesses also queried the scope and it’s understood Drennan’s approach took some or all other New Zealand Catholic bishops by surprise.

The Vatican had previously accepted Drennan’s resignation after an allegation that was not criminal but deemed “unacceptable behaviour” of a sexual nature.

The commission did not discuss Drennan in detail, other than to say he had not “lobbied” the commission to change Minute 16.

The commission said chairwoman Judge Coral Shaw was not available for an interview.

Heasley says the inquiry’s refusal to make Shaw available for an interview with the Herald typifies an increasing disregard for transparency.

“They have become the thing they are supposed to investigate, in terms of lack of transparency, lack of accountability.”

Heasley says he’s appalled at the inquiry’s refusal to hold a public meeting in Dunedin.

Heasley, who is Māori, says the Commission is letting down non-Māori survivors, many of whom lived in or around Dunedin, where no public meeting will be held.

He says Dunedin was “New Zealand’s Ballarat”, referring to the Australian town’s sexual abuse scandal where priests preyed on dozens of children from the 1960s to 1980s.

He says multiple investigations along ethnic and denominational lines has hobbled information-sharing.

Heasley says his network was unable to now recommend abuse victims go to the commission.

“The major reason is it’s not safe. They will almost certainly be re-traumatised and there’s very little chance of actual redress.

“The Royal Commission has failed to flesh out the systemic issues that affect all survivors, regardless of ethnicity.”

Asked what those issues are, the list is grim – a list of catastrophes for individuals and society.

“Destructions of their childhood and horrific consequences in their adult life. Prison. Mental health issues. Broken marriages. Family violence. Because they were damaged as children, how the hell are you supposed to maintain normal relationships?”

The Treasury’s Budget 2021 information release shows the commission was under pressure from central government to rein in spending this year.

Some Treasury advice included calls to cut the use of consultants, but concerns were also raised about travel and the number of investigations undertaken.

The Royal Commission says Minute 16 was issued in September to clarify interpretation of the phrase “in the care of faith-based institutions” in its terms of reference.

The commission was asked about Heasley’s remarks it was no longer a safe place for survivors.

“We acknowledge the inquiry process can be distressing for survivors,” the commission responded.

The commission allocated $15 million for counselling and support services for survivors. That amount is based on estimates of forecast demand, and expected number of survivors engaging with the commission for the duration of its inquiries.

It said survivors by June 30 this year had accessed counselling support services valued at $1.37m.

The commission says public hearings are just one way of gathering information to make recommendations and findings to the Government.

The commission said although upcoming hearings would be in Auckland, all travel costs for survivor witnesses from around the country will be covered.

Survivors who cannot attend in person can have their statement filmed to play at the hearing.

A commission spokesman added: “We encourage all survivors, regardless of where they live now or lived while they were in care, to contact us.”

On its website, the commission says it might receive more than two million documents and several thousand witness statements by the time the inquiry ends.

The commission said it would not seek to influence or distance people from their beliefs.

“During the Pacific hearing, we invited representatives from different Pacific nations to open and close each day with prayer. We engaged with Pacific communities to develop the protocols for the hearing.”

The commission said survivors were briefed on how hearings would proceed.

“We asked survivors for their views, some who are still in faith, and many were pleased we opened and closed each day with prayer.”

The commission said it received positive feedback on the Pacific hearing, and information was shared between different investigation teams.

This, it said, helped avoid double-ups. And the commission said having different investigations reflected the fact many survivors spent time in different State and faith-based care settings over a long time.

A question of justice

Redress is pivotal to the hopes of many survivors. Heasley says it broadly means justice.

He estimates the social and economic damage from child abuse in state and faith-based institutions in the second half of last century alone amounts to billions, maybe tens of billions of dollars.

Heasley says a new, independent authority where complaints could be investigated might do a better job.

He says churches and other faith-based entities, including those enjoying tax-free or charity status, could put money for reparations in an escrow account.

“For any institutions that don’t exist anymore, it’s ultimately a Crown responsibility to look after children.”

Heasley says his survivors group wants to keep the door open to the commission, but significant change is needed.

“If they change, our attitude will change.”

He said the network’s primary effort is directed at protecting children in future from the abuse survivors experienced.

“The single most important point is to prevent it happening again.”

Napolitano on doxxing sentence: Effort to block Judge Kavanaugh was unlike anything we have seen

Behind Biden’s Reversal on Hyde Amendment: Lobbying, Backlash and an Ally’s Call