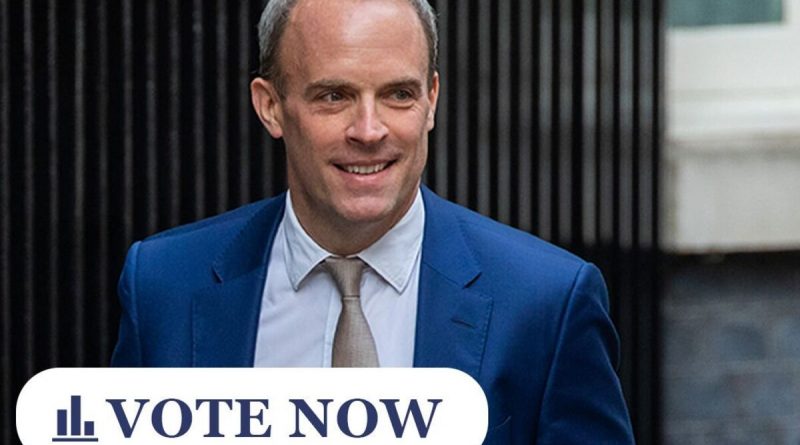 Deputy Prime Minister Dominic Raab is facing an investigation into his behaviour after two formal complaints against him and days of allegations. The Justice Secretary has been accused of bullying officials in his previous Government roles, but do you think he should resign as a result? Vote in our poll.

Mr Raab denied the allegations and asked Prime Minister Rishi Sunak to launch an inquiry into his conduct. Mr Raab will stay on in his position during the inquiry and said he would continue to “thoroughly rebut and refute” the claims against him.

In a letter to Mr Sunak, Mr Raab said the complaints related to his time as Foreign Secretary and Justice Secretary under former Prime Minister Boris Johnson.

He said that he had “never tolerated bullying” and has “always sought to reinforce and empower” civil servants. Mr Raab suggested he would stand down from his position if Mr Sunak wanted him to, saying that he would “respect whatever outcome”.

He tweeted: “I look forward to addressing these complaints, and continuing to serve as Deputy Prime Minister, Justice Secretary, and Lord Chancellor.”

Mr Sunak, who was attending the G20 Summit in Bali, said he agreed an investigation should take place, with his spokesman adding that he “still has full confidence” in his deputy.

He said: “I know that you will be keen to address the complaints made against you and agree that proceeding in this way is the right course of action.” He added: “Integrity, professionalism and accountability are core values of this government. It is right that these matters are investigated fully.”

Downing Street said an independent investigator will be appointed from outside Government, following the resignation of Christopher Geidt as the independent adviser on ministerial standards in June.

The spokesperson added that the Prime Minister would remain the “ultimate arbiter” of the ministerial code, with the investigator passing on their findings.

Standing in for Mr Sunak at Prime Minister’s Questions on Wednesday, November 16, Mr Raab told the House of Commons he was “confident that I have behaved professionally throughout”.

He said he was aware of two complaints made on Tuesday, November 15, and was notified the next day. He added: “I immediately asked the Prime Minister to set up an independent investigation. And of course, I will comply with the investigation fully. It is important we have zero tolerance for any bullying.”

Labour deputy leader Angela Rayner asked when a replacement for Mr Geidt would be appointed, criticising the lack of replacement, adding that it showed “no ethics, no integrity”.

In reply, Mr Raab said that the recruitment process was underway and was “taking place at pace”.

Mr Raab was previously sacked from his position as Justice Secretary and Deputy Prime Minister by former Prime Minister Liz Truss, but was reappointed when Mr Sunak took office in October.

So what do YOU think? Should Mr Raab resign over bullying claims? Vote in our poll and leave your thoughts in the comment section below.

Would this legislation help save local newspapers? 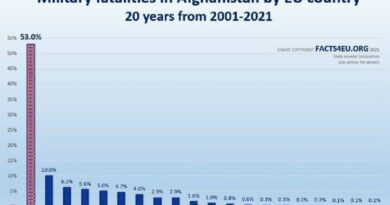