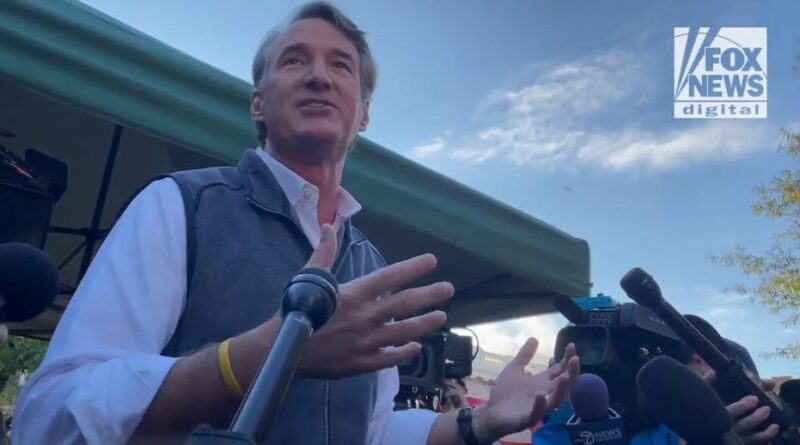 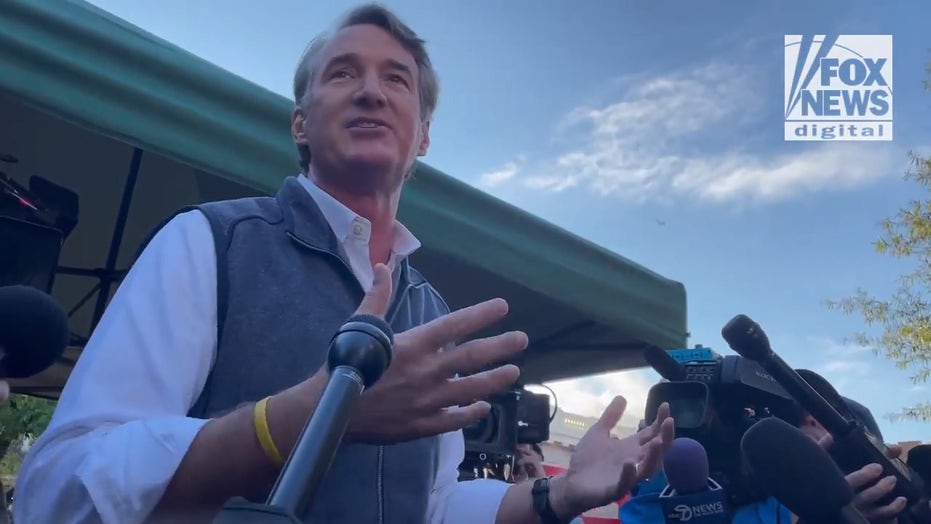 Republican gubernatorial candidate Glenn Youngkin speaks with a large crowd in Alexandria, Virginia, on importance of education and family in final days of the race.

The Virginia governor’s race is in full swing Saturday with just three days left until Election Day, but the small crowd that greeted Democratic candidate Terry McAuliffe could be a premonition of what’s to come.

At an event supported by Sen. Tim Kaine, D-Va., in Norfolk, the former governor was greeted by a crowd of roughly 40 people. 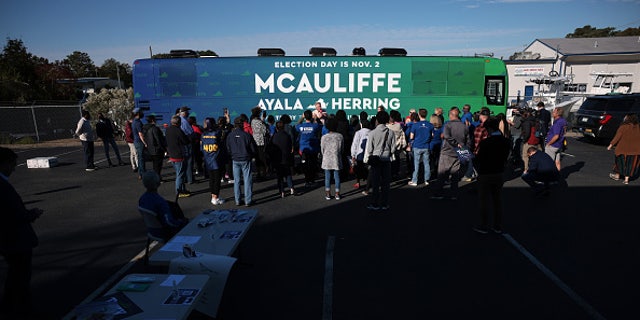 Despite the small crowd size, McAuliffe championed the number of early voters who have already cast their ballots in the tightly contested race.

“As of this morning we have had over a million early votes,” the Democratic candidate told his supporters, adding that an estimated 100,000 more Virginians are expected to vote today.

“I’m happy to report we are substantially leading in the early vote,” McAuliffe said.

Saturday is the last day for early in-person voting, which means Virginians will have to vote by mail or show up on Tuesday to cast their ballot in the gubernatorial race in-person.

While Democrats tend to show up for early in-person voting, Republicans generally come out in substantial numbers on Election Day. 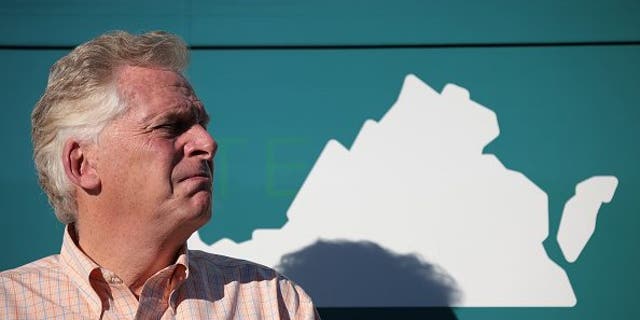 It remains unclear if McAuliffe’s early vote will be enough to push him across the finish line – particularly as recent polls show his challenger in the lead by eight points.

Hundreds of supporters turned out for Republican candidate Glenn Youngkin Saturday morning, at an event in Alexandria, Virginia.

Youngkin urged his supporters to head to the ballot box Tuesday and noted that “polls don’t win elections.”

The GOP challenger said Saturday that this governor’s race was not about “Democrat v. Republican” but said it was a “new way forward for Virginia.”

“This is about the values that Virginians hold dear,” Youngkin told reporters. “It’s about Virginians standing up for our new way forward. 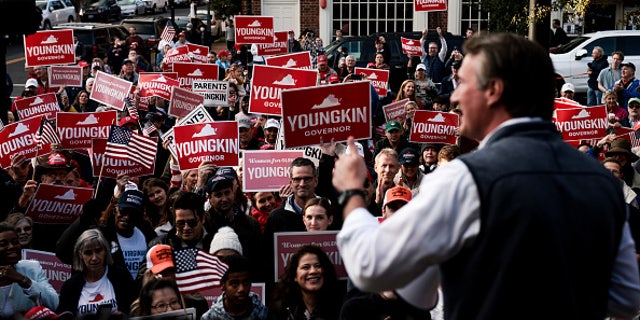 “I’ve had more people say ‘I’ve never voted Republican before and I’m voting for you’. We’ve got folks streaming across the aisle,” he continued. “This is really a big statement on behalf of Virginia.”

If Youngkin can secure a win on Tuesday it will be the first GOP win for the Virginia governor’s seat in over a decade.