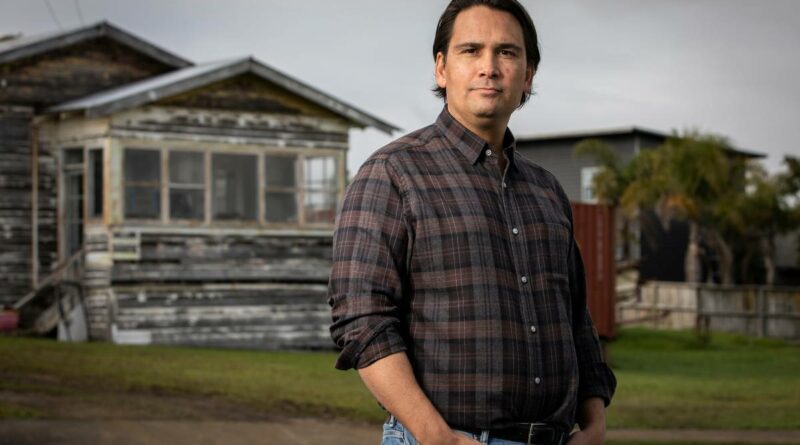 The publication of Simon Bridge’s musings on national identity raises the questions of whether National’s identity as a broad, centrist, adaptable conservative party remains intact. By Jennifer Curtin.

It is 85 years since the National Party came into being, fused from two parties. One was the Liberals, a party that had governed from 1891-1912 and had ushered in women’s suffrage, albeit not without some internal opposition. The other was Reform, a farmers’ party with some urban conservative support. Between them, they held power for nearly 45 years, sometimes together, but more often separately. There was, periodically, talk of unification to create a broad church and consolidate the conservative vote in the face of a growing Labour Party. There was, unsurprisingly, some resistance – coalition politics requires relinquishing some power, which seldom comes easily to those attracted to political life.

However, relegation to the Opposition benches in 1935, put there by a global economic crisis and a further splintering of conservative votes through the formation of the Democratic Party by William Goodfellow, meant unification and rebirth as the National Party made good political sense. This decision was eventually rewarded. Although National was defeated in 1938, it went on to hold power for 47 of the 68 years between 1949 and 2017. It is no wonder it has been tagged New Zealand’s “natural party of government”.

The success of this broad-church approach has frayed at times, but until the 1980s, National’s large and wide-ranging membership base ensured it remained connected with voters who distrusted centralised government and who valued stability, a connection with Britain, individual and commercial freedoms and traditional family and community values. Social changes meant the party had to adapt, but there was sufficient room for both conservatives and liberals. Indeed, renowned political historian Barry Gustafson argues that National’s founders consciously designed the party’s two wings (organisation and parliamentary) in a way that would ensure it evolved to reflect diverse community, occupational and regional interests. The party was to distinguish itself not by being dominated by one person or group, but by practising constant consultation, persuasion and bargaining and, ultimately, unity around the values and goals that mattered to the average voter.

Two events in August raise the question as to whether National’s identity as a broad, centrist, adaptable conservative party remains intact. The first was the party’s conference, where the incumbent and under-fire party president, Peter Goodfellow (William’s grandson), was challenged by David Carter. Goodfellow has led the organisational wing for 12 years, the longest in the party’s history (only Sir Alex McKenzie has come close to Goodfellow’s term, presiding from 1951-1962). That Goodfellow was able to retain the role despite National’s disastrous election result and Act’s rising popularity did not sit well with some senior liberals or the Young Nats. And there wasn’t consensus around the parliamentary party’s decision to vote against the first reading of the Conversion Practices Prohibition Legislation Bill. Media commentators argued this disunity indicated it was time for “generational change”.

This brings us to the second August event of interest – the publication of Simon Bridges’ musings on national identity. The book’s cover says it is not a political memoir, but that is not wholly accurate, for there is a solid dose of politics woven into his personal reflections on his own identity, on what comprises our national identity as a country, and on National’s identity as a party.

Bridges’ confessions are organised around 16 themes, beginning with race, nationality, class and masculinity, moving on through family, hobbies, pet policy issues and religion. He prefers to read history and be a hands-on dad. He loves the law, opera, red meat and red wine, and he has acquired a multitude of degrees, including a master’s from Oxford, the “best common law degree in the world”.

Bridges is not shy but a high-functioning introvert – he has been head boy, had no shortage of friends and has been a good boss. He has been a hotshot lawyer and was the youngest senior crown counsel, meaning both police and lawyers deferred to him.

He also writes about how he has negotiated his way through life and politics as an outsider. He is Māori, but grew up Pākehā; he accepts his whakapapa and connection to whānau while also embracing his Englishness. He loves individualism, capitalism, and reading; he’s less passionate about rugby, fishing and boating.

Bridges’ experience of not fitting the traditional norm of what it means to be a Kiwi male and being caught between two worlds, Māori and Pākehā, leads him to tell us how New Zealanders need to become more sophisticated, more tolerant of difference and resistant to stereotypes. That said, Bridges is not afraid to invoke a few stereotypes and generalisations of his own. The “chattering classes” and “wokeism” get a mention, as do vegans and people who prefer pilates to political activism. He argues that Labour parliamentarians imply “if you can’t speak te reo, you ain’t a real Māori. And real Māori are Labour”, and says the left more generally prefer “tofu and kale juice” while “the right is probably meat and three veg”. He also claims Christians (but not Catholics) are treated like pariahs, and farmers tend to be introverts because they have an independent streak and because cows don’t speak English.

Stereotypes aside, this memoir reminds us why the National Party has been so successful as a broad church. Bridges takes both liberal and conservative standpoints on a range of issues. He views civil unions and de facto relationships as equivalent to marriage, but is saddened by the decline of traditional marriage and the rise of divorce. He recognises that nature and the environment require our urgent and continuous attention but argues there is good reason to develop some parts of conservation land,and good regulation of oil and gas exploration is sufficient. He accepts that colonialism and institutional racism contribute to crime, but adds that this is no excuse, because everyone has the choice to do the right thing.

Thus, it is unsurprising that, despite Bridges’ self-ascribed outsider status, the National Party has been his perfect political home for close to 30 years. He joined the Te Atatū branch at age 16 and knew immediately that he wanted to rise through the ranks. His driving ambition took him from handing out leaflets to forming a branch of the Young Nats in West Auckland. He ran for youth vice president twice before becoming Auckland’s deputy regional chair. He writes of invoking the necessary National Party tropes “to get a row of nodding grey heads”: “farming and small business are the backbone of our economy”; talking “tough on crime” and “welfare cheats”; and displaying a “religious aversion” to tax, unions and the Labour Party.

Bridges makes clear throughout that politics is about power – not absolute power, obviously, but acquiring sufficient power to win government and have influence – and holding on to it. For him, real politics is about joining a party, turning up and putting in the time, getting experience outside politics before beginning to “climb the greasy pole”. It’s about doing the hard yards and enjoying the high life, fostering networks and learning the rules of the game.

From this came just rewards. Within five years of being elected, Bridges became a member of John Key’s “meritocratic cabinet”; a not-so-subtle way of reminding the reader that diversity did not play a part in Key’s selection. Rather, Bridges’ ascension to, and retention of, the leadership was, in his words, more likely to have been impeded by the fact that he did not like rugby than because he was Māori. Indeed, Bridges says that his agnosticism towards Super Rugby would likely lead to “John Key shaking his head in disbelief, now more sure than ever why he backs Chris Luxon and Nicola Willis”. Interestingly, Bridges sees more of himself in Helen Clark than he does in Key.

Bridges is nostalgic for earlier times. He believes we have become a complacent nation; our self-worth is in decline, we are too meek and our democratic spirit has all but disappeared, evidenced by a lack of political participation, compared with times past. One could ask if he missed the climate strikes, Ihumātao or farmers protesting against the proposed water reforms in the 2017 campaign. And what about our high levels of voter turnout, compared with the UK and the US, two countries he likes to reference?

Although he recognises the power of social media to mobilise voters, Bridges rues National’s halcyon days as a mass-membership party, when no one whined about identity politics and people cared about more than the “odd cause” (referring to the Me Too movement and Black Lives Matter). He thinks the party has become too young, even though he is only 44 and the current leader is 62. He dismisses the Young Nats as “precious” – he was bullied by a political leader and didn’t complain. He concludes the Young Nats may have “more in common politically and culturally with Young Greens and Labour Youth” than with the party he grew up with.

Reminiscent of Judith Collins’ memoirlast year, perhaps, Bridges doesn’t pull any punches. He considers those within the party who ousted him to be “bedwetters”, and derides not only Labour but also several of the smaller parties that National has worked with in the past. He admits to giving Gerry Brownlee the Foreign Affairs portfolio to buy his loyalty, which was a “fat lot of use in the end”. Such confessions are honest, but they do little to reassure some New Zealanders that politics is an honourable profession.
Bridges’ confessions suggest National’s identity as a consensus-based, responsive and unified party may be at risk and, if so, this presents two challenges. The first is what political commentator Colin James refers to as National’s continuous need to keep the liberal and conservative tendencies in balance. The leadership ofKey and Bill English provided a moderate and durable balance that appealed to a significant proportion of voters, both men and women, and from a wide range of age groups. Key began his tenure as prime minister cautiously, committing to keeping several of Labour’s signature policies, including Working for Families, KiwiSaver and Kiwibank. His popularity was not born of populist wedge politics but by his shoring up of National’s base and appealing to wavering Labour voters. And he appeared to demand internal unity.

The second challenge for National is that despite being a two-party dominant proportional system, MMP means major parties need political leaders whose “brand” reaches across demographics and regions, and supports the re-election of candidates in marginal electorates while also boosting the party vote. Alongside this, leaders must be able to build relationships with smaller parties that are needed to form a government. Key was a pragmatist in this regard – building governing alliances across the political spectrum.

The shock result of the 2017 election, which ended National’s time in office, reinforced the trend that three terms is the norm in New Zealand politics. But it appears this loss disrupted National’s long-standing equilibrium as a broad church. Bridges chose to take up the role of restoring that balance as party leader in Opposition, but Covid-19 has proved a fateful enemy to his ambitions. His confessions suggest he would have liked a bit longer, and maybe that he is not done yet. However, whether he can successfully straddle the centre, revive the party’s fortunes and advance generational change remains to be seen. A lot of old-fashioned bargaining and persuasion might be required. l

Jennifer Curtin is Professor of Politics and Public Policy at the University of Auckland.

What We All Had to Lose