The news comes as the Northern Ireland Protocol is yet to be resolved, and with the resignation of the former Brexit Minister, Lord David Frost, the talks are set to continue into the new year under the instructions of Foreign Minister, Liz Truss. Taking to Twitter to discuss the right of sovereignty following Brexit, Conservative peer, Lord Daniel Moylan said: “I can think of no higher definition of political integrity than seeking to free your whole country from foreign laws and restoring democracy to that part of it living under laws made with no say by them.”

Sparking the row, Lord Moylan then went on to say: “The people of Northern Ireland have no electoral say in how laws are now made for them by the EU.”

Replying to Lord Moylan, “Patti Fordyce” said: “Couldn’t agree more, but spending the last nearly two years being virtually ruled by decree hasn’t persuaded that we have reached where we want to be yet.”

The debate continued with Lord Fordyce reiterating: “But if you’re dissatisfied you have the precious right to vote the government out.”

He added: “How do the people of Northern Ireland vote if they’re dissatisfied with EU law-making? No democracy for them. It’s a scandal in 21st century Europe.”

The European Union however has remained highly critical over the ongoing talks.

“London has breached a great deal of trust” with Europe, the bloc’s chief negotiator has claimed.

European Commission vice president Maros Sefcovic told German news website Der Spiegel that problems with the Northern Ireland Protocol – a way to maintain a free-flowing land border on the island of Ireland after Brexit – meant the UK “broke international law” in trying to get around the arrangement.

But he said he is still confident that a compromise can be found between the two sides, although he admitted it will not be easy.

The commissioner warned that if Ms Truss was to trigger Article 16, a move that would effectively unilaterally suspend the treaty agreed between the UK and the EU, it would throw into jeopardy “the foundation of the entire deal” reached between the two sides.

Ms Truss has said she remains prepared to invoke Article 16 if issues are not resolved.

But Mr Sefcovic said: “This is a very distracting element in the discussions. You try to achieve something together and – bam – there’s the threat of Article 16 again.”

The situation was also discussed in the Republic of Ireland.

Irish Foreign Minister, Simon Coveney said: “We all know that we need to bring this discussion and negotiation to an end.”

He added: “We have elections in Northern Ireland in May. Those elections will begin in earnest really from the end of February. So this can’t drift on for months.”

Since Brexit, Northern Ireland has remained within the EU’s single market for goods because the alternative — a hard customs border on the island — was ruled out as a threat to the 1998 peace deal that ended three decades of sectarian conflict known as the Troubles.

However, that meant implementing customs checks between Great Britain and Northern Ireland instead.

These were set out in the part of the Brexit agreement known as the Northern Ireland protocol, which is being renegotiated.

The UK had made “no concessions all year; the EU has made multiple concessions and continues to do so.”
Mr Coveney said. “Let’s not pretend that both sides have compromised here . . . Now both sides need to compromise a little bit more.”

The concessions London has extracted from Brussels would halve customs checks and slash health checks on British products destined for Northern Ireland by 80 per cent, according to Maros Sefcovic, the EU’s Brexit negotiator.

UK musicians hit out at announcement about visa-free EU touring 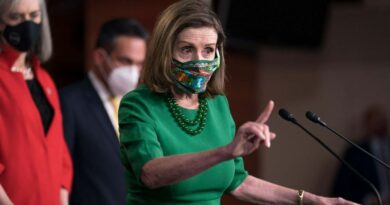