Home » Politics » The Spot: Colorado politics’ four most important words of the week 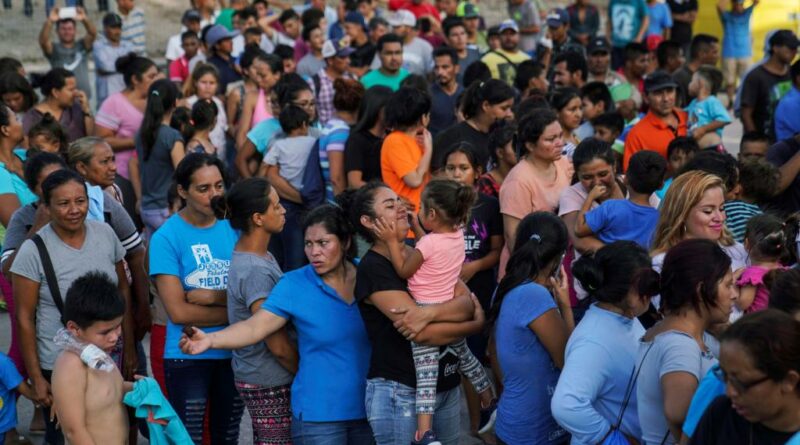 What’s The Spot? You’re reading an installment of our weekly politics newsletter. Sign up here to get it delivered straight in your inbox.

One of the defining features of the “Pee-wee’s Playhouse” TV show from the late ’80s — other than Pterri, Reba the Mail Lady and Lawrence Fishburne in cowboy gear — was the “secret word,” which prompted joking screams from characters every time it was mentioned.

This week, The Spot has four words/phrases of the week that aren’t necessarily secrets, but do sum up what’s been happening. Feel free to say “AHHHH” in your head or out loud each time you read it — just don’t scare your family or pets.

To support the important journalism we do, you can become a Denver Post subscriber here.

Have a question about Colorado politics? Submit it here and it’ll go straight to The Denver Post politics team.

Would you like to ride the rails between Cheyenne and Pueblo? Not too long after President Joe Biden unveiled a giant infrastructure package, Amtrak put out a map showing where it would like to expand service. Read more about the $2 trillion plan from The Associated Press.

Much of the focus on immigration policy recently has been at the federal level and what President Joe Biden is or isn’t doing to solve the border crisis. But Colorado has been making its own moves for immigrants.

On Tuesday, a House committee moved forward a bill to create a statewide immigrant legal defense fund to assist immigrants who can’t afford expenses for immigration proceedings. The bill passed on a 7-4 party-line vote, all Democrats in favor of the bill. The money will come from the state and be funneled through grants to nonprofits, as well as matching funds from private foundations.

Sponsor Rep. Naquetta Ricks, an Aurora Democrat, thinks it’ll help not only the immigrants themselves but also their families, businesses and the state. She looks at it this way: When families don’t get separated, immigrants can continue to work and help support themselves and their families.

GOP Rep. Stephanie Luck of Penrose doesn’t believe it’s an issue the state should be tackling.

“Admittedly, our immigration system is broken, but that is a problem for our federal officials to address,” she said. “As state legislators, we are tasked with other problems, like opening up the state, so that people can get back to work, back to school, and back to normal.”

And as The Post reported earlier this week, Colorado is poised to become what it believes is the first state in the U.S. to provide state-funded public housing benefits to anyone, regardless of immigration status.

Next week, lawmakers will consider creating The Colorado Office Of New Americans to coordinate efforts by public and private agencies to help with integration and inclusion efforts.

And another recently introduced bill would repeal the state requirement that public agencies can’t enter into contracts with businesses that employ or contract with people who are living in the country without authorization.

The biggest bills (and, thus, the biggest fights) often come in the second half of Colorado’s legislative sessions. That’ll be true this year, too, as we approach this year’s midway point.

Oh, and the budget drops Monday.

On top of all of this is the fact that the Boulder King Soopers mass shooting has predictably sparked lots of conversation about gun policy response. At a minimum, lawmakers will probably introduce bills to allow more local control over guns and to create a waiting period for new gun purchases. They’ve hinted at going bigger, like banning “assault-style” weapons — a bill that many gun-restriction advocates want but that is far from a sure thing at the Capitol.

Today, Thursday, is the 48th day of the session. Lawmakers can use up to 120 but they hope to get out of here a little earlier. As always, it’ll be a sprint to the finish.

Colorado’s four U.S. House Democrats joined 105 of their colleagues Wednesday in asking President Joe Biden to regulate AR-556 pistols — a gun used in the Boulder mass shooting — under a Prohibition-era law that regulates sawed-off shotguns and machine guns. It would force gun buyers to jump through more hoops and wait longer before they can own an AR-556.

“For too long, gun manufacturers, in order to circumvent the National Firearms Act, have designed and marketed concealable AR-15-style firearms which fire rifle rounds,” the House Democrats wrote.

The second signature on the list was that of Rep. Joe Neguse, the liberal Lafayette Democrat who represents Boulder in Congress. (He also spearheaded last week’s letter asking for a ban on imported high-powered weapons.)

By advocating for another action that Biden can take unilaterally, the Democrats are trying to sidestep Congress, which hasn’t significantly changed America’s gun laws since a semi-automatic rifle ban in 1994. The top song that year was by Ace of Base. The Colorado Avalanche didn’t exist. Neguse was eight years old.

“Expanding the federal registry through the NFA will do nothing to stop criminals who wholesale ignore gun control laws, but it will place an undue burden on law-abiding citizens who use these firearms for self-defense and recreational purposes,” Stone said. “Taxation, registration and regulation of the Second Amendment is unconstitutional, and President Biden has no authority to take unilateral executive action infringing on our right to keep and bear arms.”

It’s late on a Thursday, you worked a long day, you’re tired and hungry and order a meal and a six-pack straight to your door. We’ve all been there.

Soon you might be able to do the same with marijuana. Denver’s Department of Excise and Licensing proposed a spat of new ideas to the city council this month that, if approved, would legalize weed delivery.

The delivery proposal and others have been in the works for about two years, department spokesman Eric Escudero said, calling it “the biggest change to marijuana rules and regulations since initial legalization seven years ago.”

Alongside the delivery component, the department wants to accept new store licensing applications with a special eye to equity and mom-and-pop weed stores, as well as weed bars where customers could buy and then consume modest amounts of pot. It’s also looking to greenlight tour buses in town that allow weed on board.

The entire council will likely vote on the proposals sometime in April. City officials would need perhaps six months or more before companies would be allowed to deliver weed, Escudero said.

Forward this newsletter to your colleagues and encourage them to subscribe.

While Trump is in Britain, Republicans are reportedly plotting to block his Mexico tariffs 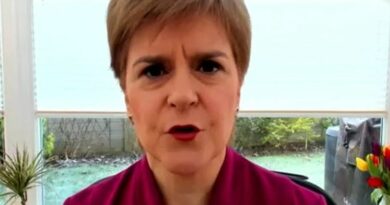