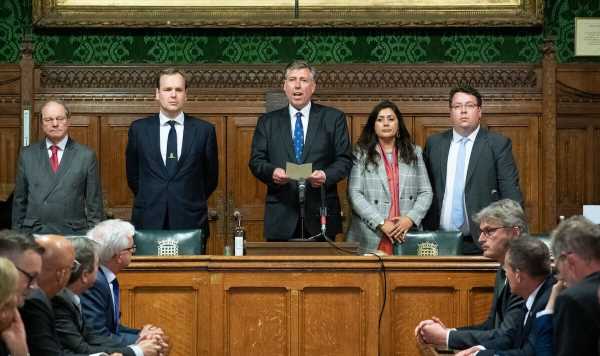 Boris Johnson says 'I'm going to get on with my job'

Monday’s vote of no confidence revealed deep divisions within the Conservative party towards its leader. Only 211 of the party’s 359 MPs said they had confidence in Boris Johnson, with the remaining 41 percent calling for him to go. The margin is one of the largest in the party’s recent history, exceeding even Theresa May’s, but experts don’t believe the Tories have reached a crisis point yet.

While the Prime Minister has survived, he is wounded. A larger than expected minority turned out against him, drawing comparisons with Labour under Jeremy Corbyn, a divisive political figure in the opposition.

But the situation isn’t quite as bad for the Conservatives, according to Elizabeth Carter, a professor of political science at the University of New Hampshire.

Speaking to Express.co.uk, she said the party still has some breathing room before the situation becomes comparatively bad.

Professor Carter said: “I don’t think at this point the Tories are facing a ‘civil war’ similar to Labour under Corbyn.

“Not to say, though, that this couldn’t evolve into something like a civil war. I just don’t think that, at this juncture, that’s yet an apt comparison.

“At the same time, I don’t think the rebels are going away…even if some type of opportunity presented itself for attention to shift away from Johnson and partygate.”

Professor Carter added that many Conservative MPs may have “held their nose” until the Prime Minister passed his Brexit deal.

Those MPs – who may not otherwise have supported him – have been “waiting for an opportune moment for him to go” she said.

Partygate and local election losses gave MPs “who have long disliked Johnson” an opportunity to oust him.

If Mr Johnson “hangs on”, Professor Carter said, it is a “theoretical possibility” that a civil war might brew in the Tory ranks.

That eventuality may come sooner rather than later, with Tory rebels angling for a second no-confidence vote.

Monday’s vote results mean the Prime Minister is safe for at least another year, as Conservative Party rules only allow one vote every 12 months.

But there is a movement to have party officials reduce the cool-down period between them.

A leading member of the 1922 Committee, which handles Tory business in Parliament, has not ruled out another vote within the year.

The committee’s 18 officers can change the rules with a vote, and party chair Sir Graham Brady has not ruled this out.

Speaking to Times Radio on Thursday, Sir Graham said that while his committee has not discussed a rule change yet, the possibility remains open.

“But I think it’s important we say the rule that is in place, and is likely to remain in place is that there is a year’s period of grace following a confidence vote.” 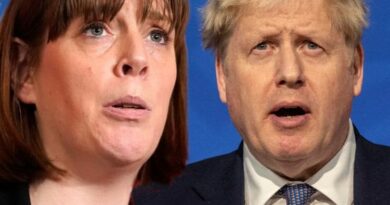 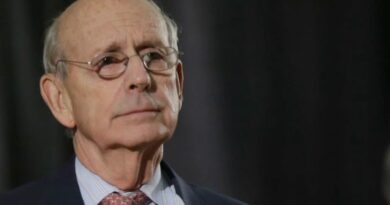