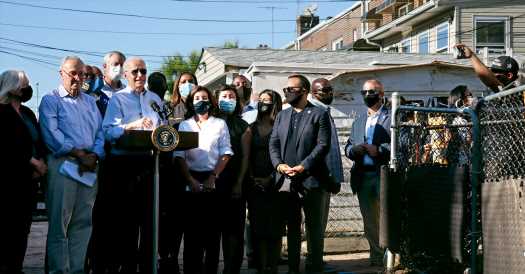 “The nation and the world are in peril,” President Biden said after touring storm damage in New York and Jersey. “And that’s not hyperbole. That is a fact.” 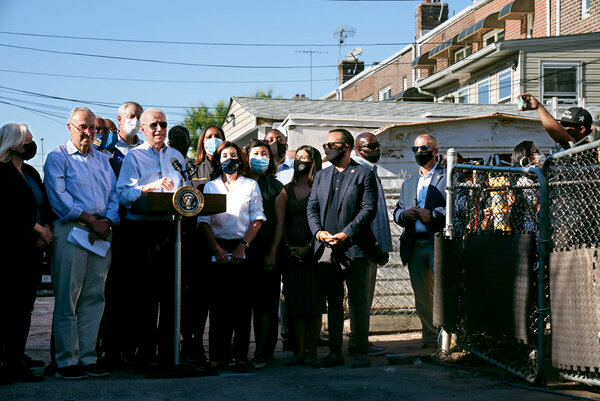 The following is a transcript of President Biden’s remarks about climate change and Hurricane Ida after he toured damage from the storm in neighborhoods in New York and New Jersey on Tuesday.

Look, folks, let me begin by saying I wish every American could walk down this alley with me to see and talk to the people who have been devastated, just talk to them. None of them were shouting or complaining. Every one of them were thanking me as if it was something special — I mean it sincerely — that I was here and hoped that we’d be able to do something.

This is America, where I am standing right now. These are the people, whether it’s Scranton or Claremont or anywhere around the world — the country, who built this country. And it’s about time we step up. They’re always the first ones that are hurt and the last ones that are helped. But that’s not going to happen this time.

The group I have standing with me led by Chuck Schumer and your — Congresswoman, is this your district? Oh, it’s Grace’s district. I want to thank her personally for her gumption, the way she’s fought and hollered and fought so hard for all the people in this alley. I really mean it. Thank you, thank you, thank you.

But that goes for everybody here. And look, folks. You know, I want to thank governor for — and Leader Schumer and Kirsten — I should say Senator Gillibrand — and Congresswoman [Grace] Meng and [Representative Carolyn B.] Maloney and [Representative Gregory W.] Meeks, Mayor [Bill] de Blasio for being here. You know, it’s not — how can I say this? Sometimes some very bad things happen that have a tendency to bring out the best in a people and a country.

People are beginning to realize this is much, much bigger than anyone was willing to believe. And the whole segment of our population denying this thing called climate change. But I really mean it.

Sometimes my mother used to say out of everything bad, something good will come if you look hard enough for it. Well, I think we’ve all seen, even the climate skeptics are seeing that this really does matter. And it’s not just whether or not people who are just trying to get by in these homes, in these alleys here, working their butts off, do well.

It’s people in high towers along the shore who find that as this rain and all this change takes place in the groundwater, the buildings are actually beginning to tilt. Hundred-story buildings — this goes so far beyond what anybody’s willing to speak to up to now. 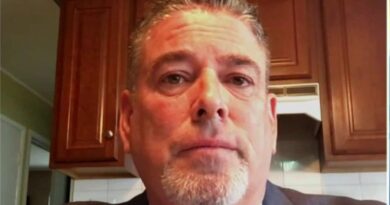 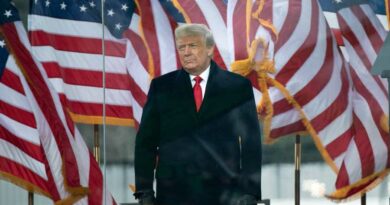