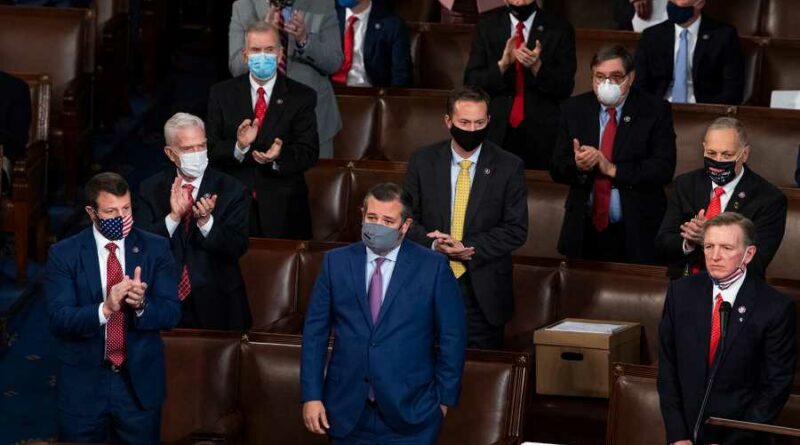 For most patriotic Americans, Jan. 6 represents a day of national shame and terror at what could have been the end of our democracy. But when former Trump economic adviser Peter Navarro reflects on that day, what he dwells on is that he doesn’t get nearly enough credit.

Navarro recently published a memoir, and is now pushing out interviews to reporters, bragging of a scheme he dreamed up with former Trump adviser Steve Bannon to overturn the results of the 2020 election. They even had a cringey name for it: the Green Bay Sweep.

The plot sought to keep Trump in office by exerting maximum pressure on Vice President Mike Pence to block the certification of the Electoral College votes from pivotal swing states, by drawing out the proceedings on national television for as long as 24 hours. “It was a perfect plan,” Navarro told the Daily Beast. “We had over 100 congressmen committed to it.”

Rep. Debbie Dingell Shares Example of Abuse Since Trump Bashed Late Husband: 'I Hope Your Family Dies in Front of You'

'Silence of the Lambs': 'It Broke All the Rules'

Black Sabbath on the Making of 'Vol. 4': 'It Was Absolute Pandemonium'

Navarro’s anti-democratic plot was intended to keep Trump in office without violence, he’s fast to insist. In fact, Navarro blames the bloody insurrection at the Capitol for what he calls the “inglorious” result of Congress certifying the (100 percent legitimate) election of Joe Biden, foiling the autogolpe that could have continued Trump’s reign of “populist economic nationalism.”

Navarro is a Harvard-educated economist whom Trump tapped, originally, to escalate his trade war with China. But as coronavirus struck, Navarro’s role at the White House expanded to include pandemic response, in which he pushed the quack treatment of hydroxychloroquine. By the bitter end, Navarro was compiling cockeyed dossiers of (now-exhaustively-debunked) allegations of election fraud — “receipts” Navarro believed justified tin-pot measures to keep Trump in the White House.

So what was the Green Bay Sweep? The plot, Navarro writes, was named after a famous football play designed by storied 1960’s NFL coach Vince Lombardi, in which a Packers running back would pound into the end zone behind a “phalanx of blockers.”

For the 2021 Green Bay Sweep, Navarro writes, Bannon played the role of Lombardi. The plan was to have members of the House and Senate raise challenges to the counts of Electoral College votes from six pivotal battleground states.

“The political and legal beauty of the strategy,” Navarro writes, is that the challenges would force up to two hours of debate per state, in each chamber of Congress. “That would add up to as much as 24 hours of nationally televised hearings,” Navarro writes. The hearings would enable Republicans to “short-circuit the crushing censorship of the anti-Trump media,” Navarro hoped, and broadcast their Big Lie that Democrats had stollen the election “directly to the American people.”

The goal was not to get the election overturned on Jan. 6. Instead, they aimed to create such a spectacle that Pence would be forced to exercise his authority as president of the Senate to “put the certification of the election on ice for at least another several weeks” while Congress and the state legislatures pursued the “fraud” allegations. The dark particulars for how Trump would remain in office after that are not spelled out, and Navarro did not immediately answer an email seeking clarification. But he writes that the Green Bay Sweep was the “last, best chance to snatch a stolen election from the Democrats’ jaws of deceit.”

The problem with the plot was that its success hinged on “Quarterback Mike” — and Pence wasn’t solidly on board. Navarro writes that he tried, with Trump’s backing, to brief Pence on his claims of election irregularities, but that Pence was kept off-limits by his chief of staff, Marc Short. (Navarro seethes that Short was part of the Koch brothers wing of the GOP, having previously worked for a nonprofit backed by the Kochs. When Short came to work for the vice president, Navarro writes, “it was like the Soviet Union taking over Eastern Europe. As an Iron Koch Curtain fell over the vice president, the only way you could speak to VPOTUS was to go through Short.”)

Regardless, Jan. 6 began auspiciously — to Navarro’s view of things. He told the Daily Beast that Trump was “on board with the strategy,” which he writes also had the backing of “more than 100” members of Congress. Navarro elaborated that the plan started off “perfectly” as Congress opened the proceedings to count Electoral College votes. Rep. Paul Gosar objected to results from his home state of Arizona, seconded by Sen. Ted Cruz of Texas — an action that received standing applause from GOP colleagues in the chamber.

Navarro writes that the insurrection at the Capitol actually undermined the Green Bay Sweep by disrupting the official proceedings. When the Capitol was finally cleared of rioters and the joint session of Congress reconvened, Pence and leaders of both parties used “the excuse of the violence” to block other challenges to certification, Navarro writes. “In the inglorious way,” the Green Bay Sweep ended. Call it a sack, a fumble, or an interception, Navarro writes, Pence blew the play and “secured his place in history as the Brutus most responsible for the final betrayal of President Trump.”

It is unclear whether the Jan. 6 commission is probing the Green Bay Sweep as part of its investigation. Navarro did not immediately respond to questions about whether he’s been contacted by the committee, or whether he was concerned about having potentially implicated himself in an attempted coup.