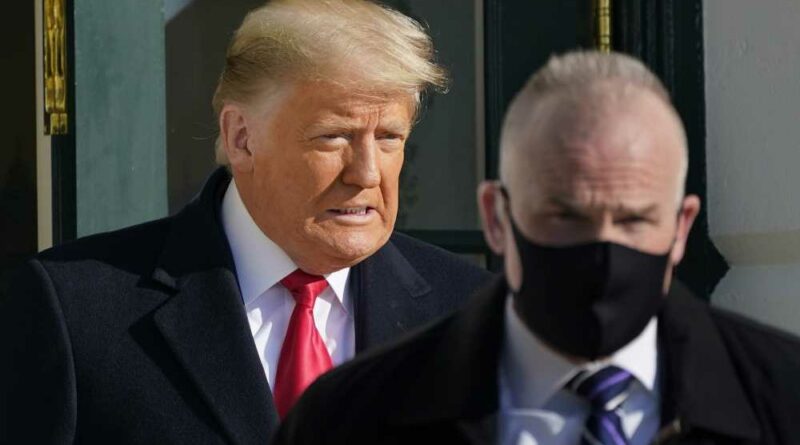 According to multiple New York Times sources, when Trump contracted the coronavirus in October 2020, his condition was far more serious than what health officials or the White House told the public.

The paper reported that Trump’s illness was so dire that at one point his blood oxygen sank into the 80s, well below the low 90s threshold where doctors classify the illness as severe. At the time, however, Trump’s doctors publicly acknowledged that the president’s oxygen levels dipped to 93 percent but denied that it ever was in the “low 80s.”

The Times report also revealed that Trump experienced lung infiltrates while he had Covid-19, which “occur when the lungs are inflamed and contain substances such as fluid or bacteria.” Infiltrates can usually be seen on X-rays as white or opaque spots on the lungs.

Trump was eventually flown to Walter Reed Army Medical Center where he remained for three days and received experimental treatments, but Trump initially resisted aides’ pleas that he be hospitalized. He finally agreed to go when staff told him he could go now under his own power or be carried out by the Secret Service if he became too ill to walk. Trump had twice been given supplemental oxygen to help him breathe at the White House, and officials were concerned he might need to go on a ventilator.

Doctors prescribed the president experimental treatments for Covid-19. Once in the hospital, he took a steroid recommended for severe cases of the disease and remdesivir, an antiviral drug. Before he was hospitalized, Trump took a drug made by Regeneron Pharmaceuticals, but FDA and other government officials had to go through an emergency investigational new drug application approval process to clear it for use in the president’s case.

Trump later touted Regeneron, saying, “I’m proof that it works.” But technically, a senior administration official told the Times, Trump’s case would be considered a “failed clinical trial result for Regeneron, since the aim is to prevent people from being hospitalized after receiving it.”