Home » Politics » ‘Turned record profits!’ Dorries on the spot as she scrambles to defend Channel 4 sale 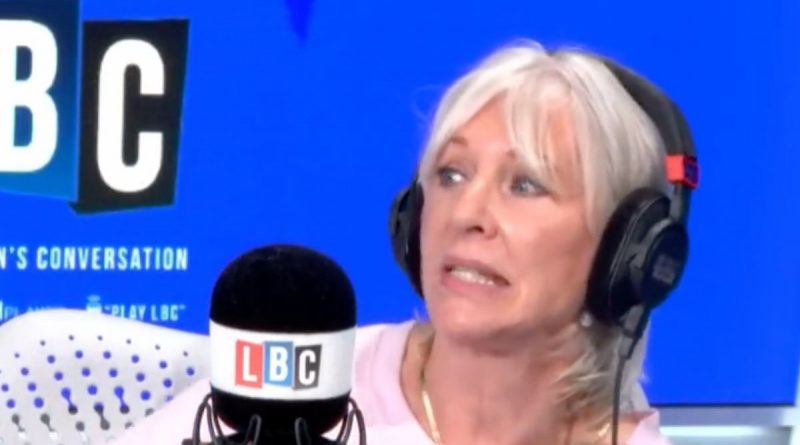 Culture Secretary Nadine Dorries was confronted on the privatisation of Channel 4 News, which “turned a record profit last year,” Rachel Johnson noted. Boris Johnson’s Government argues that putting the channel in private hands would allow it to “build on success and compete more effectively with new players” such as Amazon Prime and Netflix. However, an independent analysis has found it generated close to £1billion in 2019 and supported more than 10,000 jobs – raising questions around the decision to sell it.

Rachel Johnson put the figures to Secretary Dorries on LBC: “It’s state-owned but Channel 4 has never been state-funded and it actually turned a record profit last year of around a billion pounds, Nadine. So, in a way, if it ain’t broke, don’t fix it.

“You aren’t actually saving the Channel by selling it, because it was doing very well. I mean, why would a private owner push on the Paralympics?”

Ms Dorries squirmed: “So, because they have a – there’s listing and there’s a choice – but just let me correct a few things that you said there, Rachel.

“So, yes, Channel 4 has done quite well in the past year. There are a number of reasons for that actually which we don’t have time to get over here but that’s why it’s the right time to sell it now.”

“And another reason why we’re selling it, which I’m not going to go into this deep, but Channel 4 is dependent on linear advertising, and it only has one source of revenue. That is linear advertising, which is going like this,” Ms Dorries said pointing her finger downward.

Ms Johnson then said: “Nadine Dorries showed a graph deep, deep down declining with her Berol.”

Chuckling, Ms Dorries continued: “So, there isn’t enough advertisers. And these advertisers are moving online. Netflix now is about to take on advertising, too.

“It’s going to be spread even thinner. We’ve got Paramount’s which are launching a streaming channel this year spread even thinner again. And Channel 4, as a business model, when you say it doesn’t get state-funded, actually what it does get is borrowings from the state.”

“So, if Channel 4 got into difficulty, there’s only one place it can go to raise money”, Ms Dorries added. “That’s to the government. It’s our job to bail Channel 4 out when anything happens – and it has borrowed in the past.

“But Channel 4 is a business that pays 100 percent and receives nothing back. There’s no business model. It pays for the content that it uses.

“It can’t resell them because of the publisher-type model that it has of independent content. It can’t sell that content. So, there’s no business model.”

Channel 4 News privatisation would cut ties with 15 independent publishers who produce creative content for the channel.

In April, the industry body that represents independent producers sounded alarm bells around that prospect, saying: “Without Channel 4 taking a risk on them, these businesses would have found it much more difficult to break into the sector and grow into the successful businesses they are today.

“Selling it off now risks reducing the opportunities for independent producers and reducing the amount of programming commissioned outside London.”

The sale will go ahead despite an overwhelming majority of 96 percent of people being opposed to the plan, according to a public consultation commissioned by the Government.

Black Lives Matter: Violent protesters ‘could be jailed within 24 hours’ under government plans