United Airlines has launched an investigation into the source of leaks on GOP Sen. Ted Cruz’s controversial trip to Cancun, Mexico, as his fellow Texans shivered — and died — without power amid plunging temperatures.

But the head of the flight attendants union has urged United to drop it.

“It’s against United’s policies to share personal information about our customers and we are investigating this incident,” the airline said in a statement to Politico, which first reported the probe.

An airline executive told Politico that it’s not yet certain what action the company will take if the leaker or leakers are found, but that “no option is off the table.” Thousands of employees potentially have access to consumer flight information.

Sara Nelson, president of the Association of Flight Attendants (AFA-CWA), defended the leak, and urged United in a tweet to drop the probe. She said Cruz is not just any “customer,” but a “public servant who has lied too many times.”

Cruz’s insensitive getaway to Cancun with his family and friends blew up in the media after photos of him boarding a flight to the sun surfaced Wednesday.

He first lied that he was simply being a “good dad” and escorting his daughters to Mexico, and returned the following day. But Cruz had initially planned to stay into the weekend, according to flight reservations revealed in the press, and apparently switched to dodge harsh attacks. He finally admitted he had planned to stay for days and that the trip was “obviously a mistake.”

By Saturday, United had far bigger worries, as a flight from Denver bound for Hawaii lost the use of an engine shortly after takeoff and rained aircraft debris onto the ground beneath. The Boeing 777-200 quickly returned safely to Denver International Airport and no one on the flight — or on the ground — was injured. 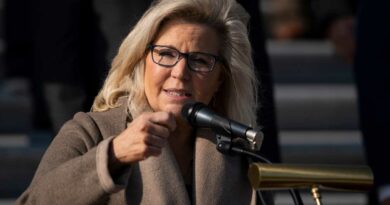 Leslie Marshall: Amy Coney Barrett's confirmation is proof that we need a Biden victory in 2020