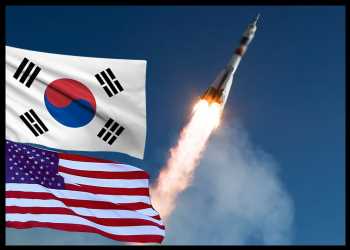 “Even if North Korea provokes with missiles from multiple locations, (South Korea and the US have) the ability and readiness to immediately strike with precision,” JCS said in a statement.

“The South Korea-U.S. combined firing of the ground-to-ground missiles demonstrated the capability and posture to launch immediate precision strikes on the origins of provocations and their command and support forces,” it added.

It was an apparent reaction to South Korea-United States joint naval exercise last week, led by an U.S. aircraft carrier.

In his Memorial Day address in Seoul on Monday, South Korea’s president Yoon Suk-yeol vowed to respond “firmly and sternly” to any provocation from its northern neighbor.

Pyongyang’s nuclear and missile programs are reaching the level of threatening not only peace on the Korean Peninsula but also in Northeast Asia and the world”, according to him.