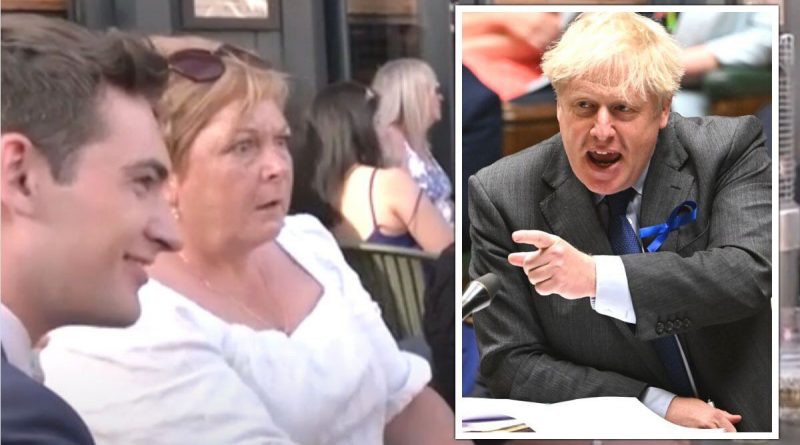 During a GB News segment in Wakefield, in which political correspondent Tom Harwood spoke to the city locals about their voting preferences, a party of three women were left raging at one another over Partygate and whether they could vote for the Conservative Party. After one of the women admitted she loved the PM, one of the other women twisted her face, before saying: “I can’t believe you’d say that”. She went on to recount stories of her grieving brother, who lost his wife during lockdown but was still fined for meeting up with family, as a reason for her not voting in favour of Mr Johnson.

The first woman said: “Don’t get rid of Boris. I love Boris. I’m sorry but I do.”

The second woman twisted her face at the comment, before exclaiming: “I can’t believe you’d say that.”

The first woman, in defence, said: “He just had a party, which was out of order, but they’ve both done it. They have all done it.”

“One of them had a couple of his daughters in his garden, and his grandson because it was his grandson’s birthday, and the police called and he got fined.

“And he had literally just lost his wife. So that’s how I feel, you know. But at the end of the day, the Government sets the rules and if they can’t abide by their own rules then why should anybody else?” 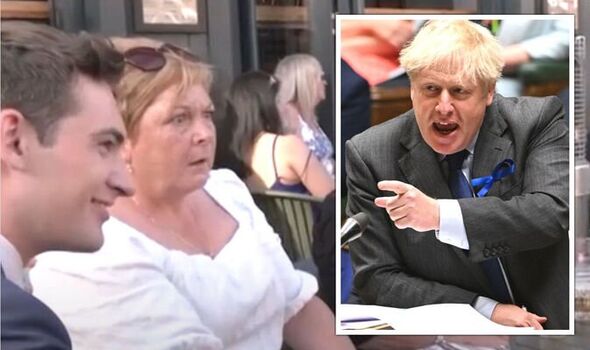 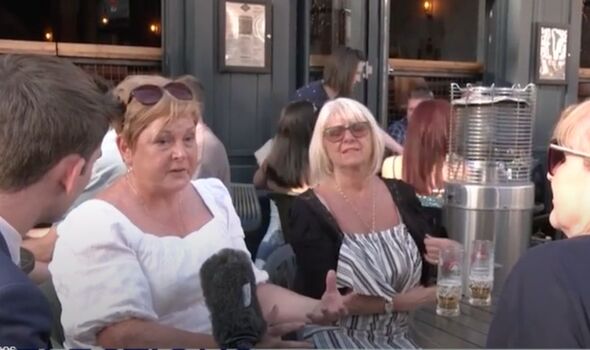 Speaking during PMQs today, Sir Keir Starmer branded the Tory candidate for Wakefield as “plucky” before suggesting they would be incapable of winning.

He said: “In particular, the plucky Conservative candidate for Wakefield, he is standing even though his own colleagues think he is so useless they held a vote of no confidence in him.”

As Tory MPs looked on puzzled, Sir Keir added: “Does the Prime Minister hold any personal interest in seeing if the public will vote for a Tory that even his own side don’t think is up to it?”

Mr Johnson replied: “I have absolutely no doubt that the people of this country and the people of Wakefield, and the people of Tiverton and Honiton would much rather vote for a solid Conservative Government than for a Labour Party, their enablers and acolytes in the Liberal Democrats, the karma chameleons of British politics.”

The Prime Minister added that Sir Keir “hasn’t even got the gumption to speak out against the rail strikes”. 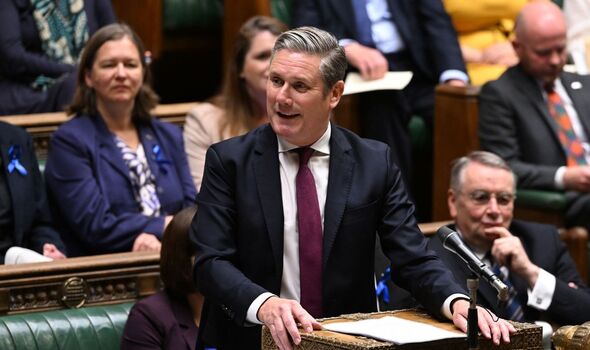 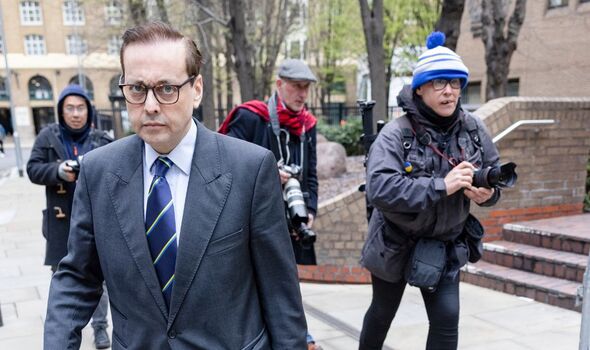 Wakefield, formerly managed by Imran Ahmad Khan, who was forced to step down as the MP after being found guilty of sex offenses, was a Labour stronghold prior to 2019.

It had been held by the opposition party for nearly a century, from 1931, and formed part of the Red Wall in the north of England.

But the Brexit vote had a knock-on effect on Wakefield, causing a political shift in the former industrial town.

In 2016, it voted heavily in favour of the Leave campaign, with 63 percent of the populace in favour of Brexit.

DON’T MISS: Brexit POLL: Do YOU think Brexit is unravelling? [POLL]
How Boris’s future could hinge on upcoming by-elections [INSIGHT]
Wakefield LIKES Boris – Islington luvvies going to be so disappointed[REPORT] 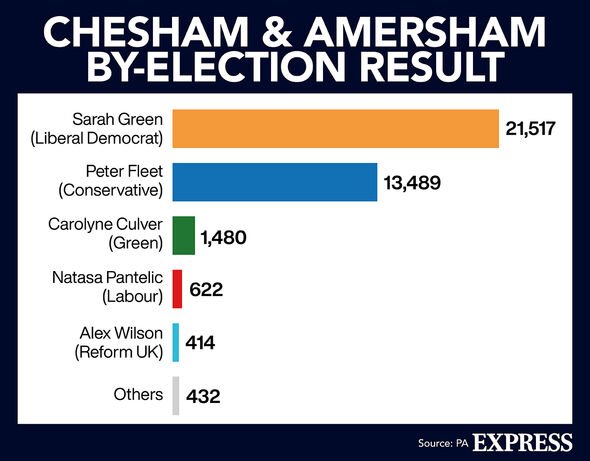 But while the city’s pro-Brexit stance ultimately led them to vote Conservative for the first time, the Tory win was only a marginal one.

Labour must secure just 3.8 more points than their 2019 total to reclaim the seat from the Tories.

The city is the 48th most marginal Conservative constituency, and could spell the beginnings of a disaster should they lose it to Labour.

If the Tories were to lose every seat more marginal than Wakefield in the next general election, they would be reduced to just 72 MPs in Parliament.

READ NEXT: If Labour win Wakefield red Remainer slip through says ANDREA JENKYNS
Wakefield by-election: Everything you need to know
Raab snaps back at Burley over election hopes
Boris vote ‘to be tighter than Theresa May’
Why Keir Starmer has a major headache over Wakefield by-election 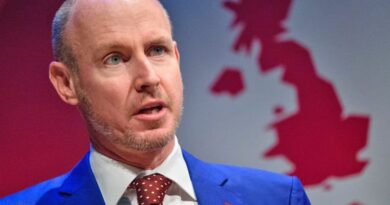