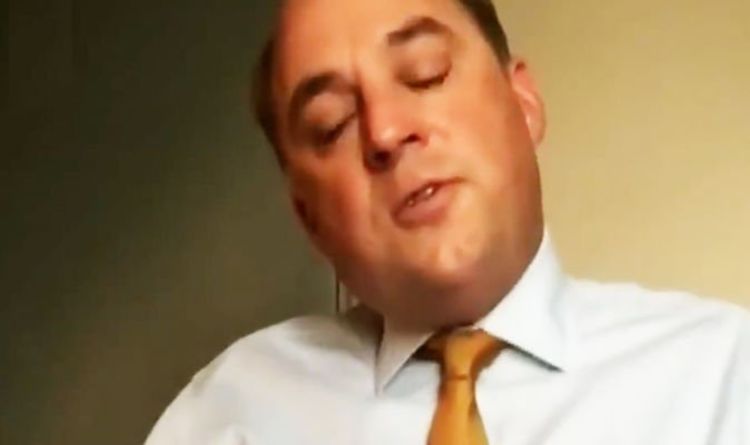 Defence Secretary Ben Wallace spoke on LBC about the deteriorating scenes in Afghanistan. While speaking to Nick Ferrari, Ms Wallace struggled to hold back his tears as he admitted people had suffered 20 years of sacrifice to see the city fall to the Taliban. He said that British troops were only in Afghanistan to aid in the evacuation attempts across the country.

Mr Wallace began to break down as he concluded that not everyone would make it back from Afghanistan, however.

Mr Ferrari began by questioning when the UK would hope to have a full evacuation of British nationals.

Mr Wallace said: “Our time scale plan is for August 31 to have all the people who we would have said passed or passing security checks.

“All the people who effectively have a ticket to ride and indeed get out of the three cohorts.

“The three being entitled personal, British passport holders, British officials and indeed then all of those Afghans.

“We are not doing any diplomatic functions, we are simply there to process all those British passport holders and those we have obligations to.

“Our men and women of the armed forces are risking their lives in doing that but that is the right thing to do.

“They have risked their lives for the last twenty years and at the very least our obligation has to be to get as many people as possible through the pipeline.”

Mr Wallace then admitted to having his own regrets about the way the situation is unfolding.