Home » Why is Chinese leader Xi Jinping so afraid of Hong Kong and Jimmy Lai? 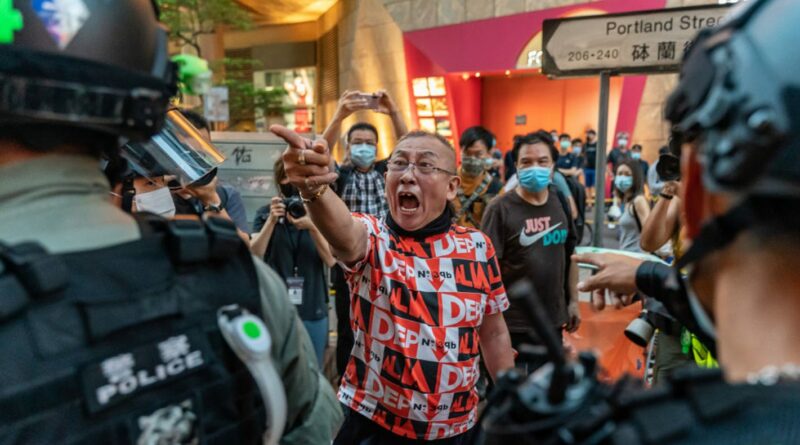 On April 16, 2021 a Hong Kong judge placed more nails in the coffin of freedom in Hong Kong. Nine pro-democracy leaders, including Martin Lee, Jimmy Lai, Albert Ho and Margaret Ng, were sentenced to prison for peacefully demonstrating in August 2019.

They had been participating in protests that had ballooned to unprecedented proportions over the Hong Kong government’s attempt to impose an “extradition law,” which would have enabled the transfer of Hong Kong citizens and foreign nationals to courts in mainland China.

In October, Hong Kong’s chief executive, Carrie Lam, withdrew the legislation. But she made no attempt to close the gap with the millions of people, especially the youth, who had protested the injection of mainland Chinese legal authority into Hong Kong’s prized rule of law. Instead, the government undertook to punish those who had peacefully demonstrated.

Since then, the fabric of Hong Kong’s one country/two systems framework has been shredded. In its 1984 Joint Declaration with the United Kingdom on the return of Hong Kong to Chinese sovereignty, Beijing committed to “a high degree of autonomy” for Hong Kong and to the preservation of Hong Kong’s capitalist system and distinct “way of life” for 50 years — until 2047.

Early in 2020 the Chinese Communist Party apparently concluded the Hong Kong authorities were incapable of controlling the restive Hong Kong populace. General Secretary Xi Jinping rolled the historical dice, effectively taking control of Hong Kong through imposition of a National Security Law, the broad reach and vague terms of which subject anyone in Hong Kong, Chinese or foreign, to potential charges of threatening Chinese national security based on the dictates of special security authorities and courts.

The law gives the Communist Party the writ to replace the rule of law — the foundation of Hong Kong’s “way of life” and status as an international finance center — with Beijing’s political rule. The Communist Party is now dismantling the Hong Kong political system to make it “loyal” to China, gutting the prospects for democratic influence in political life, and scouring education to ensure it is “patriotic.”

A pro-democracy supporter shouts at riot police during an anti-national security law rally in Mongkok district on June 12, 2020 in Hong Kong, China. Protesters heeded online calls to gather as the city marks the one-year anniversary of the major clashes between police and pro-democracy demonstrators over the controversial extradition bill. (Photo: Anthony Kwan, Getty Images)

The April 16 sentences are designed to silence the pro-democracy old guard, in parallel with the persecution and intimidation of younger generations of democratic leaders like Joshua Wong and Agnes Chow (imprisoned), and Dennis Kwok and Nathan Law (in exile) and their fellow protesters.

But there is a special place in Beijing’s pantheon of “enemies of the people” for Lai, the wealthy publisher and champion of freedom and democracy in Hong Kong. Despite his age (73), Lai was sentenced to serve more than a year in jail. He is also being charged with multiple civil-disobedience and other bogus offenses. Much more ominously, he faces years and possibly the rest of his life in prison as the first high-profile figure arrested and charged under the National Security Law. In August 2020 hundreds of police swept into his offices, shackling and parading him as if he were a violent terrorist.

Ukraine, Russia, and the U.S.: Ukraine crisis may be Putin’s test for the Biden administration

When the judge at his first bail hearing granted bail under the most stringent of controls, Chinese state media labeled Lai a traitor and pronounced his guilt. Hong Kong prosecutors immediately appealed, arguing that Lai was too dangerous to be free under any circumstances. A second judge helpfully rectified the previous judge’s mistake and remanded him to custody, where he will remain until trial on the national security charges (two more of which were also levied on April 16). It now seems that his trial on the new charges may be put off until, oddly enough, well after the Beijing Winter Olympics in 2022. Or maybe never, since he can be held without bail as a danger to national security indefinitely; who needs a good, old fashioned show trial?

Turning the page of history

Ironically enough, on April 15 Lai was honored by the Freedom Forum in Washington.  Many in Hong Kong merit such recognition of their own commitment. The Freedom Forum is dedicated to the foundational freedoms guaranteed in U.S. Constitution:  freedom of the press, speech, religion, peaceful assembly and the right to petition the government. Hong Kong, the pro-democracy movement and Jimmy Lai instill fear in General Secretary Xi and the Communist Party because they represent this vision of freedom. These are rights for which Americans continue to fight every day. Under one country/two systems, they were recognized until recently as key elements of Hong Kong’s distinct “way of life.”

Intimately linked to this value-driven vision of society is the notion that these freedoms, to speak and demand and object, are the means by which citizens hold their government accountable. But the guiding principle, as Margaret Ng eloquently reminded on April 16, must be that “the law must serve the people, not the people the law.” Otherwise, it is the people who are accountable to the government.