Building roads and bridges is good for the economy, pretty much everybody agrees. But helping senior citizens stay out of nursing homes? Raising pay for child care workers?

President Joe Biden says those sorts of initiatives can help, too. And he’s got a strong case.

Ever since the 2020 presidential campaign, Biden has talked about having the government spend a lot more on caregiving ― for children, older adults and disabled people. And although the proposals themselves were mostly variations on ideas like universal child care that Democrats have proposed before, Biden pointedly included them as part of his economic agenda, arguing they would create better, higher-paying jobs and unleash untapped potential for growth.

Now Biden is president, and his approach hasn’t changed. On Wednesday, he introduced the first half of what he has called his “Build Back Better” agenda. And although he proposed big new spending on traditional infrastructure projects like bridges and waterways, he also proposed a dramatic increase in federal support for “home- and community- based services.”

Those are supports and services for elderly and disabled people who need help with daily living to stay out of nursing homes or other types of congregant care settings. In practical terms, that means everything from personal attendants who help seniors with bathing to counselors who help people with intellectual impairments find jobs so they can live on their own.

More proposals are on the way. The second half of the Build Back Better agenda, which Biden plans to introduce later this month, is likely to include major new initiatives to make child care and preschool more widely available, as well as some kind of paid leave program.

And these do not appear to be token gestures. Wednesday’s home care proposals envision $400 billion in new federal spending, accounting for nearly one-quarter of the $2 trillion package Biden unveiled. A meaningful initiative on child care and preschool would likely require hundreds of billions of dollars more.

Weak Support For Caregiving Is An Old Story In The U.S.

The primary case for these initiatives is that they make life easier on a day-to-day basis. That’s certainly true for the home- and community-based services Biden proposed on Wednesday to support.

Medicaid, the government health insurance program that states operate using federal funds and under federal guidelines, already pays for nursing homes and other forms of institutional care. And there’s no pre-set limit on that spending. The more people who need the help, the more funding Medicaid provides.

Medicaid also pays for services at home and in the community, but with limited allotments that don’t rise with demand. This disparate treatment is a legacy of the program’s history. When Democrats created Medicaid in 1965, during Lyndon Johnson’s presidency, there was a much bigger push to keep older and disabled people in institutions ― and much less awareness of how many of them wanted to, and could, stay at home.

The lack of open-ended funding forces states to cut off enrollment and put everybody else on waiting lists. Nationwide, about 800,000 people are now on those lists, and some have been for years. It’s a well-known fact that deters many others from even trying. Most experts think the actual unmet demand for home- and community-based services is closer to 1.5 million.

For decades, advocates have proposed putting home-based care on an equal footing with institutional care. That way, the choice between whether to stay at home or to go into a congregant living setting would be about the preferences and needs of individual people and their families ― not because of a financial disparity rooted in a decision lawmakers made half a century ago. 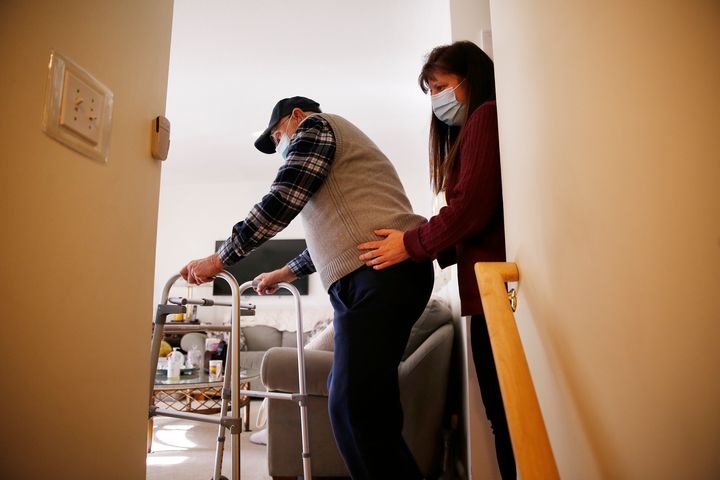 Biden didn’t offer many policy details on Wednesday. But the broad language he used in his proposal was basically a signal to lawmakers like Rep. Debbie Dingell (D-Mich.) and Sen. Maggie Hassan (D-N.H.), who have worked on these issues for years, that he supports their efforts.

And the dollar amount he proposed, $400 billion over the 10-year-budget window, would likely represent the single largest investment in home- and community-based services for disabled and older people in American history.

Biden’s proposal “can help millions of Americans who live with disabilities or chronic illnesses receive needed care at home or on a human scale within their own communities rather than within institutional settings,” Harold Pollack, professor at the University of Chicago and an expert on long-term care, told HuffPost.

Other types of caregiving are just as sorely in need of extra federal support.

Quality child care in the U.S. is notoriously hard to find and financially out of reach for large numbers of working families. The U.S. is the only country in the developed world that does not offer paid leave, which puts a huge strain on workers whenever they have children or older family members battling medical problems ― and sometimes when they have medical problems of their own.

The Economic Framing Of Caregiving Is Newer

Caregiving has gotten more attention generally in recent years, especially from Democrats. The new twist, from Biden, is to place these proposals alongside traditional infrastructure projects as part of a broader economic agenda.

That’s bound to seem like an awkward fit, at least to some people, because infrastructure spending more commonly consists of front-loaded or one-time expenditures ― money for airport runway expansion or the construction of a pipeline that stops flowing once the projects are done.

Biden’s caregiving proposals, by contrast, would likely become ongoing expenditures. His proposal for home- and community-based services doesn’t formally call for any new spending beyond the 10-year budget window, but as a practical matter, it would be difficult to end funding and cut off services once people and families are using them. The same would be true for a new child care initiative.

But the economic benefits of caregiving initiatives are real. For one thing, caregiving is literally an investment in making individual human beings more productive. This is most obviously the case when it comes to early childhood programs. Research has shown repeatedly that, when infants and toddlers get good care, they are more likely to stay in school, remain employed and stay physically healthier as adults.

That logic applies just as surely to home- and community-based services, especially for disabled people, many of whom can go to school and join the workforce with proper support. (One example: government-financed personal aides who allowed a young man with cerebral palsy to attend and graduate from a selective private college, preparing him for a career as an English teacher.)

“It has a huge economic development component,” said Nicole Jorwic, senior director of public policy at The Arc, a civil rights organization for people with intellectual disabilities. “You’ve got all these people with disabilities who right now are on waiting lists, and can’t work because of services they need in order to … become part of the economy.”

Another way government caregiving initiatives can help the economy is by providing the families of children, disabled and older people with more choices about how they spend their time. Many caregivers will choose to work more outside of the home, putting specialized skills to use, because they will be able to know their loved ones are getting the care they need. 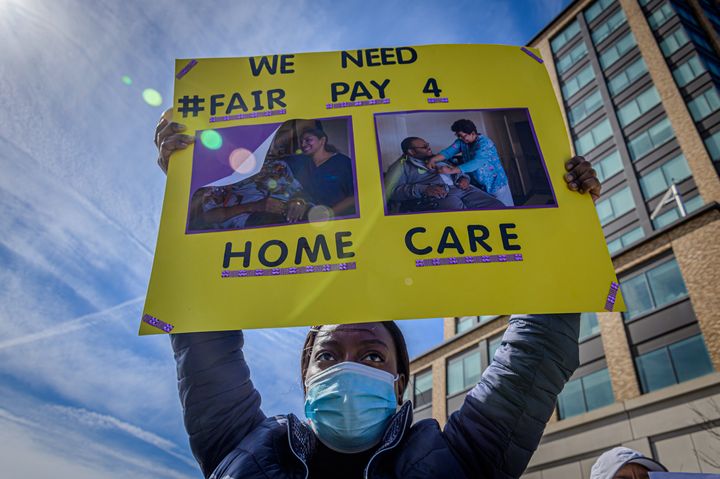 It’s easy to see the impact by considering what happens when those supports aren’t in place, as has been the case during the pandemic.

Women, who bear disproportionate caregiving duties at home, have cut back on their paid work hours and dropped out of the workforce in far greater numbers than men. This “shecession” is likely to have far-reaching effects on their lifetime earnings, making the gender wage gap even worse.

One final way a caregiving agenda can help boost the economy is by improving the pay and working conditions for the professional caregiving workforce, which is another part of Biden’s agenda.

The median hourly wage for home health aides is barely more than $12, for example, which is about what retail workers and parking lot attendants make. For child care providers, the median hourly wage is even lower. Meanwhile, those caring for children and older people do some of the most intimate, difficult jobs imaginable.

“We place a high value on the work that [caregivers] do, and we don’t pay them in a way that’s consistent with that value,” Sen. Bob Casey (D-Penn.) told HuffPost.

Rectifying that would not only lift incomes in one of the fastest-growing sectors of the economy. It could also lead to better quality services ― by, for example, attracting workers with more skills and giving the most talented ones more reason to stay in the business.

The Politics Of Caregiving May Be Changing

Doing this all at once ― helping more people to pay for caregivers while simultaneously requiring that caregivers get higher pay ― makes the project a lot more expensive. The price tag for the full care agenda is likely to be in the high hundreds of billions of dollars, at least, and could be even bigger depending on how ambitious Biden gets with the elements he has yet to unveil.

That’s bound to be a hard sell politically among Republicans, and perhaps even among some conservative Democrats wary of big government and the spending that goes with it. That is undoubtedly one reason why Biden and his allies are talking about these proposals in the context of their potential to create a more dynamic economy.

It’s a way of broadening the agenda’s appeal. It also happens to be true. As Ai-jen Poo, executive director of National Domestic Workers Alliance, put it on Wednesday, “like our physical infrastructure — roads, bridges, green energy — our care infrastructure needs permanent investment to ensure our communities can thrive.” 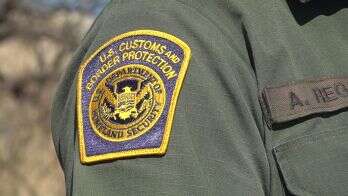