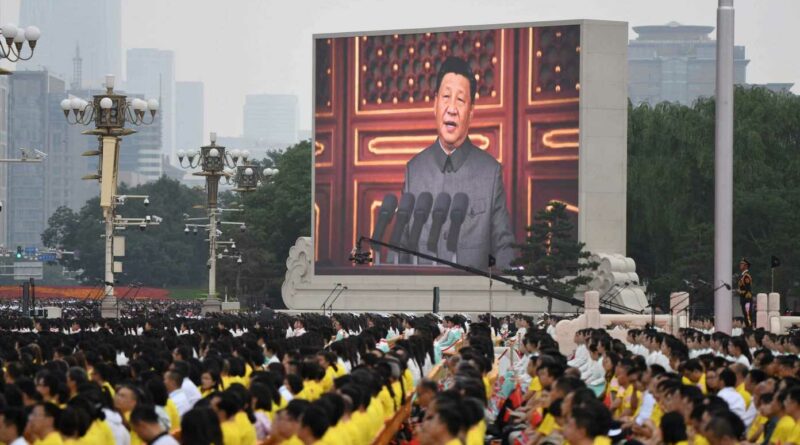 BEIJING — Chinese President Xi Jinping spoke Thursday about China's firm resolve to stand up to foreign pressure while laying out national aspirations at the celebration of the 100th anniversary of China's ruling Communist Party.

China will not accept "sanctimonious preaching from those who feel they have the right to lecture us," Xi said, according to an official translation of his Mandarin-language remarks. He did not name a specific country, amid growing tensions with the U.S.

Xi said China would never allow any foreign force to bully it, and anyone attempting to do so would "find themselves on a collision with a great wall of steel forged by over 1.4 billion people."

"A century ago China was declining and withering away in the eyes of the world," he said. "Today, the image it presents to the world is one of a thriving nation, that is advancing with unstoppable momentum toward rejuvenation."

Looking ahead, Xi talked of cooperating with "peace-loving countries," building up the party and working for "national rejuvenation." He also spoke generally of "strategic steps" toward the "second centenary goal."

China's two centenary goals are to "build a moderately prosperous society in all respects" by 2021 and "build a modern socialist country that is prosperous, strong, democratic, culturally advanced and harmonious" by 2049, the 100th anniversary of the People's Republic of China.

Xi's speech lasted just over an hour, focusing mostly on a historical narrative of the successful role of China's Communist Party in the country's history since the 19th century.

Xi officially became president in 2013 and also holds the highest political position of general secretary of the party's central committee. He abolished term limits in 2018, effectively allowing him to remain president for life.

Becoming a member of the party is encouraged from an early age, although the process of joining is highly selective. Many senior positions, even in private businesses, often require party membership.

The official narrative recognizes July 1, 1921, as when the party was founded, although the exact date may have been slightly different. The gathering of delegates, including future leader Mao Zedong, came almost 30 years before the Chinese Communist Party fought Japan, then the Chinese Nationalist (Kuomintang) party, to become the ruling party of the People's Republic of China. 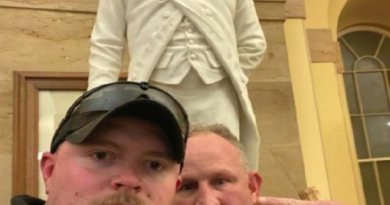 Feds Charge 2 Trump-Loving Cops Who Took A Selfie During Attack On U.S. Capitol