Despite the increasing number of criticisms regarding Bitcoin’s environmental impact, Iris Energy Pty thinks the asset is here to stay.

The Australian mining company, which uses renewable energy for its operations, spoke to Bloomberg amid ongoing discussions over Bitcoin’s environmental impact. Daniel Roberts, the company’s co-founder, remarked that Bitcoin requires a high level of energy for security because the market has determined that it is valuable. He said:

“I don’t think it’s up to any individual to decide where energy should be used. It’s a market-based decision where Bitcoin, by virtue of the attraction and adoption it’s gained, is commanding that level of energy to secure it, to secure people’s savings.”

Bitcoin has faced increased scrutiny in recent weeks after Tesla announced that it would stop accepting payments in the asset owing to environmental concerns. The electric car company’s shock U-turn contributed to a major sell-off that’s seen Bitcoin tumble 43% off record highs recorded in April. An ongoing regulatory crackdown in China has also contributed to the market-wide negative sentiment in recent weeks.

Bitcoin critics often point out that the network uses roughly 115 terawatt-hours of energy annually, which is more than most of the world’s countries. Many analysts have suggested that growing ESG (Environmental, Social & Governance) concerns could be a major factor preventing big companies from adopting Bitcoin. Prior to Tesla’s comments on the network’s environmental impact, the company had added $1.5 billion worth of the asset to its balance sheet, following the likes of MicroStrategy and MassMutual.

The long-awaited arrival of institutional investors fueled Bitcoin’s biggest price rally in history, peaking at almost $65,000 in April. In recent weeks, though, momentum has stalled. Bitcoin has failed to break above its 200-day moving average this week, which could be a sign that the market is due to decline further.

With growing attention on the impact of Proof-of-Work, green mining solutions are in a good position to win from the asset’s success. “The recent news in the space and the focus on ESG continues to highlight that the business model we embarked on many years ago is likely the right one,” Roberts said.

Roberts told Bloomberg that the firm had been approached by multiple special purpose acquisition companies (SPACs) with a potential listing in mind. The valuation would reportedly be worth around $300 million to $500 million. 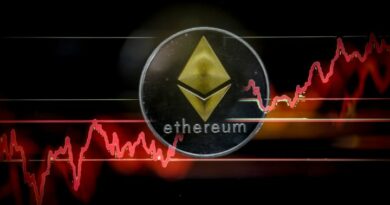