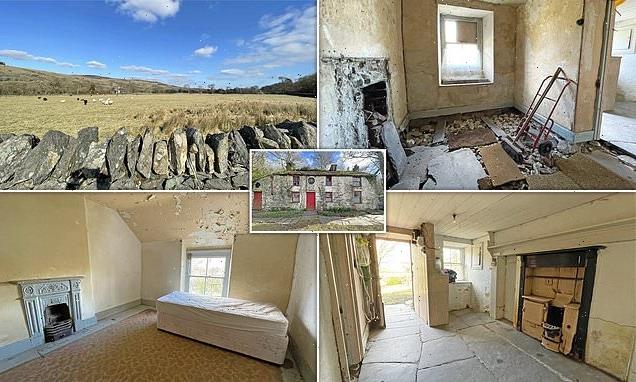 The ultimate fixer upper: Derelict 19th century three bed farmhouse with stunning views of Snowdonia goes on the market for £200,000

An historic farmhouse boasting views of Snowdonia has been listed for sale for £200,000 – the perfect restoration project for plucky bargain hunters.

The Grade II-listed property in Gwynedd, Wales is on Britain’s ‘at risk’ register but is ready to be transformed into a dream country cottage in a quiet hamlet as the ultimate fixer upper.

Tucked in the north Wales countryside, the farmhouse sits on the edge of Snowdonia National Park and includes picturesque views of one of Britain’s highest peaks.

Buyers now have the chance to rescue it from Save Britain’s Heritage ‘at risk’ register – where it is described as ‘clearly a building with great character.’ 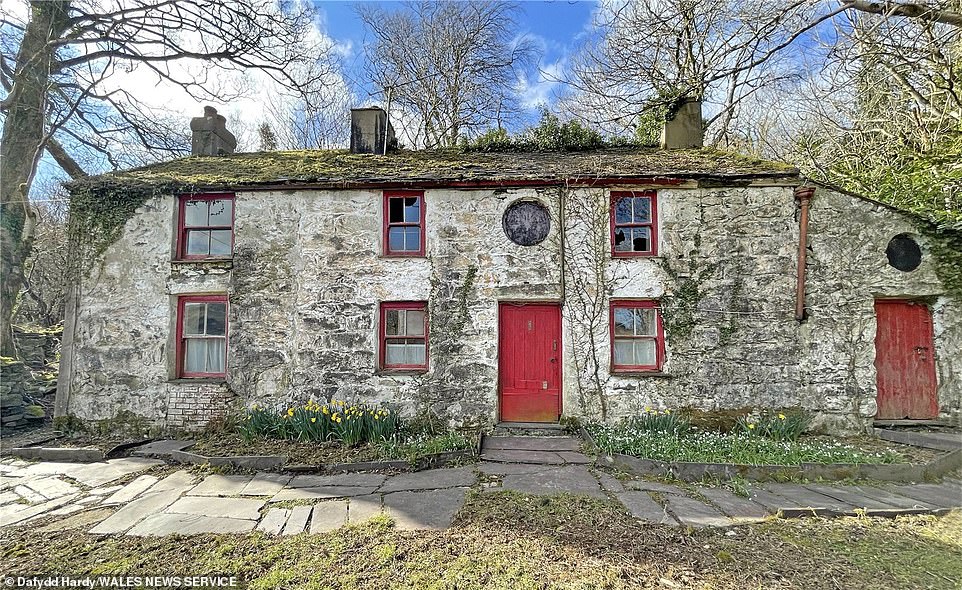 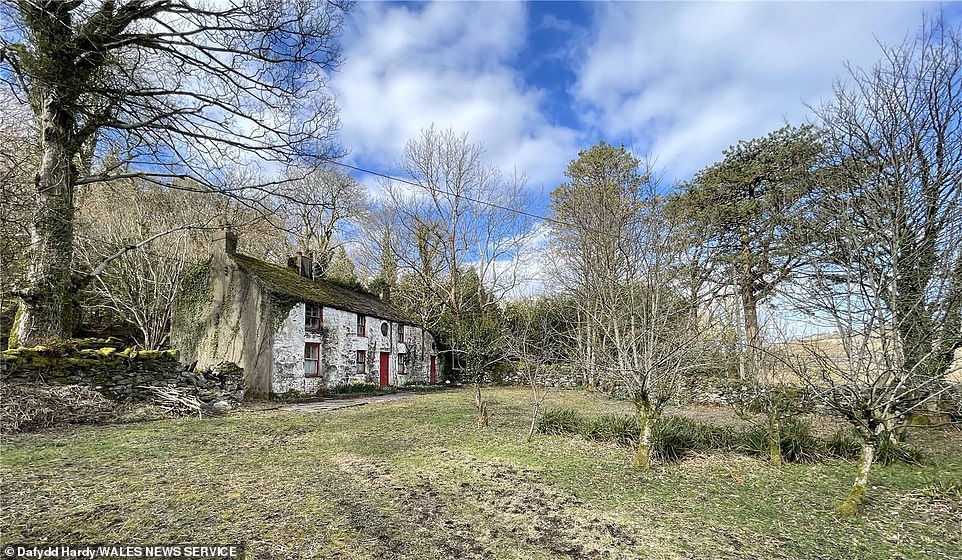 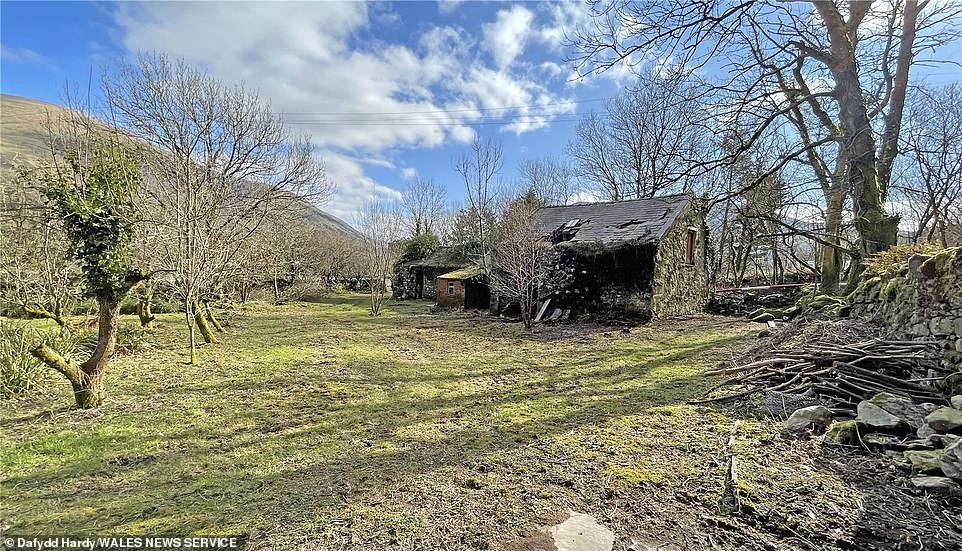 A stone’s throw away from quiet hamlet Betws Garmon, the surrounding 11.6 acres of land are also listed for sale for £110,000

The house, which dates back to around 1850, is surrounded by half an acre of land in the hamlet of Betws Garmon, North Wales.

At the front of the property, the uncoursed stone exterior immediately stands out, while the delightful circular windows offer their own charm.

Period features can be found inside the property, including flagstone kitchen floors and a spacious lounge with an original cast iron fire.

Upstairs, there are three potential bedrooms and also space for a bathroom.

A range of outbuildings can be found outside that could also be transformed into extra living space, subject to planning permission being granted. 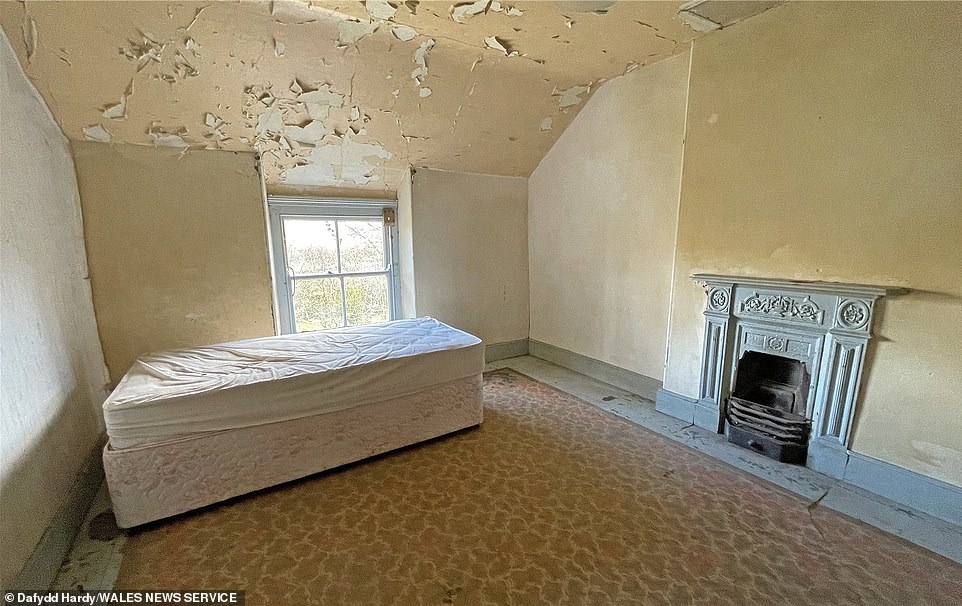 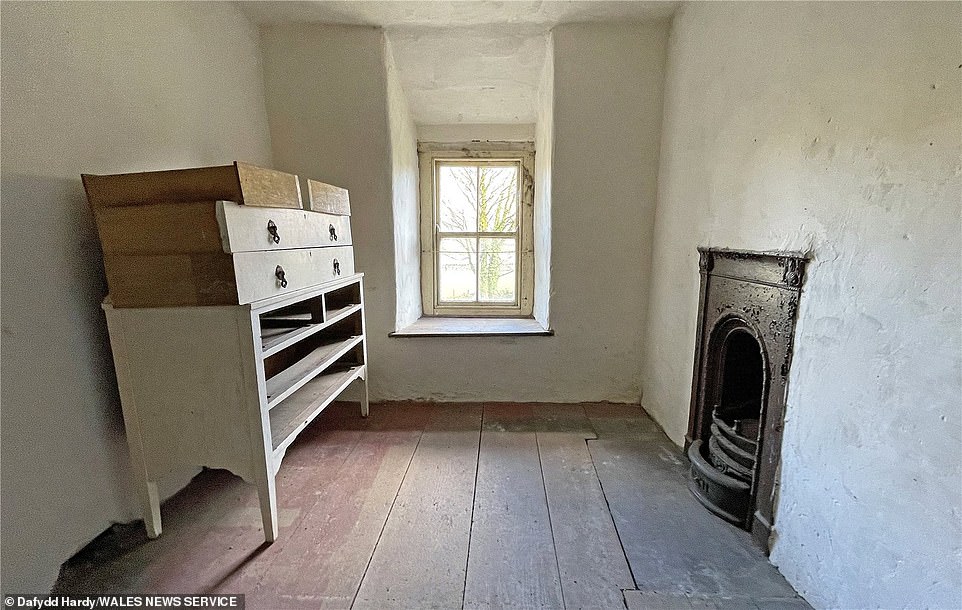 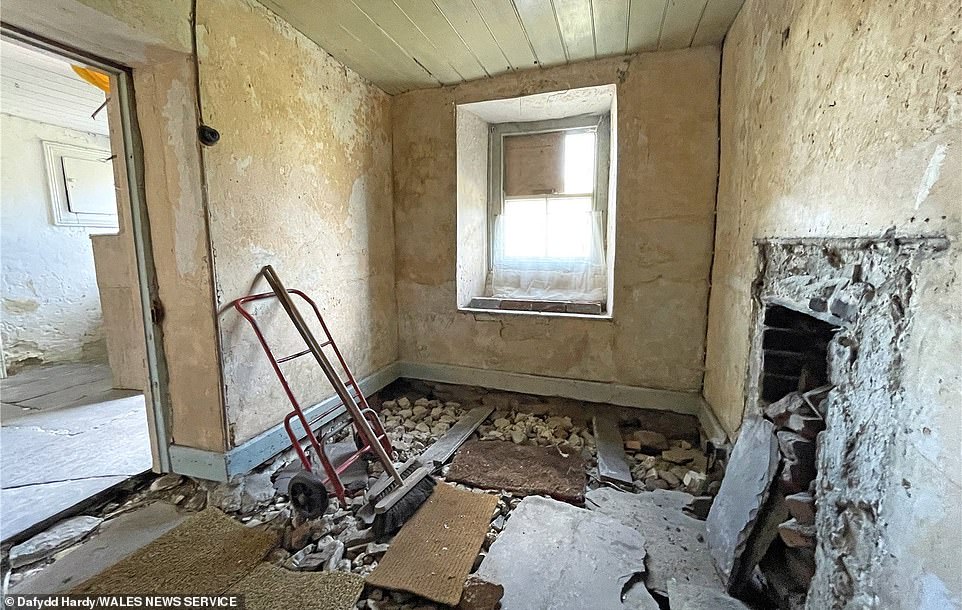 Although admittedly a restoration project, estate agents Dafydd Hardy describe the ‘imposing’ Grade-II listed farmhouse as having ‘the most beautiful setting’

The home benefits from mains electricity and has its own private water supply from a spring in the woodland.

Estate agents Dafydd Hardy describe the ‘imposing’ Grade-II listed farmhouse as having ‘the most beautiful setting’.

‘Dating back to the 19th century, this imposing Grade II listed farmhouse enjoys the most beautiful setting, surrounded by the stunning Snowdonia countryside.’ 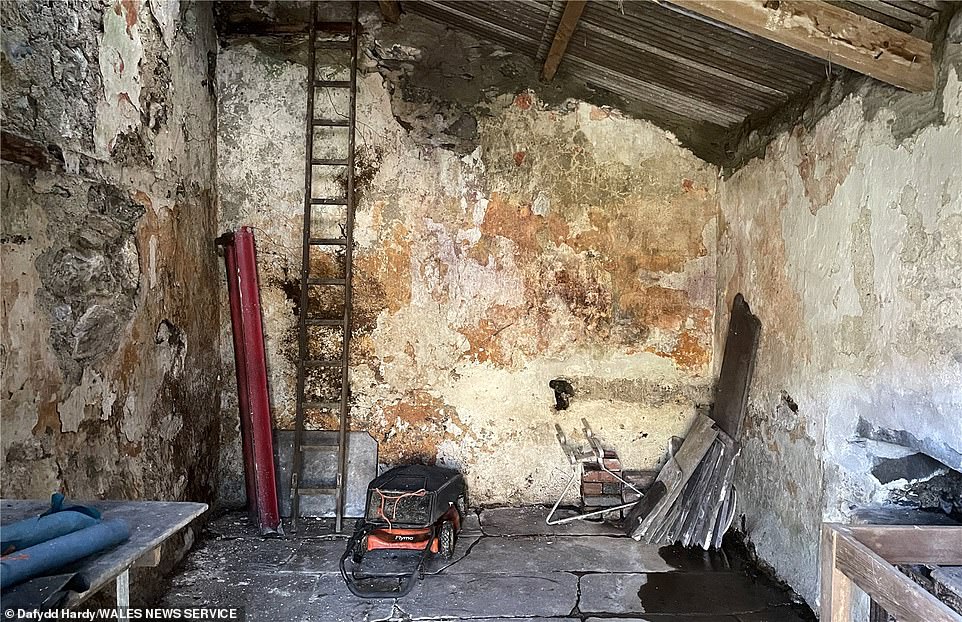 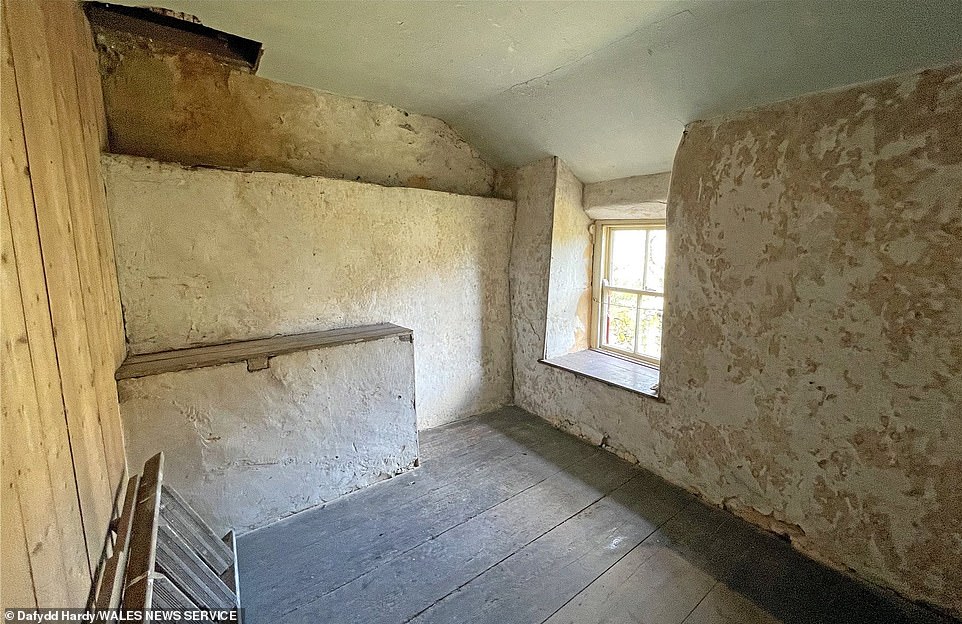 The farmhouse, which dates back to around 1850, benefits from mains electricity and has its own private water supply from a spring in the woodland.

Grieving Universal Credit mum told 'your relationship has ended' by DWP after her husband, 32, died of heart attack