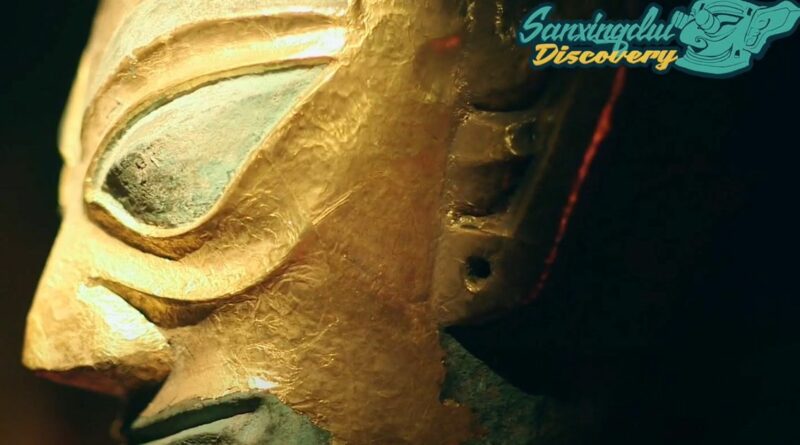 Artefacts that date back 3,000 years prove the existence of an unknown civilisation that once inhabited southwestern China – and their story could change the course of history.

The treasures unearthed at the Sanxingdui site in Guangyuan, Sichuan, belonged to a highly-developed civilisation that may have lasted for thousands of years but never appeared in any historical records, Chinese government researchers said.

A large dig that began in 2019 unearthed more than 500 artefacts that were made from gold, bronze, jade and ivory more than 3,000 years ago, including a gold mask that may have been worn by a priest.

Their quality and craftsmanship exceed that of artefacts made at the same time in other parts of China, including the heartland of the Shang dynasty around the Yellow River plain.

Chinese civilisation was traditionally thought to originate from that area, which was known as the Zhong Yuan, or central land.

The Zhong Yuan was long believed to be the centre of the world with the most advanced civilisation, and "people living outside were regarded as barbarians," he said.

But the new discoveries at Sanxingdui suggest the story of Chinese civilisation may be more complex than previously thought.

Deputy director of the Institute of Archaeology at the Chinese Academy of Social Sciences, Shi Jinsong said: "We are more likely a fusion" of different ancient cultures or civilisations.

Zhao Congcang, an archaeologist with Northwest University in Xian, said he was stunned when seeing the artefacts.

Some of the artworks resemble items found in sites along the Yangtze River and in Southeast Asia, suggesting the unknown civilisation was not isolated at all, but engaging in "broad exchanges with many areas," he said.

The Sanxingdui site was discovered in the 1930s, and it has remained one of the biggest puzzles in Chinese archaeology.

Because these artefacts, which included a four-metre tall bronze "tree of life", had no apparent connection to later Chinese culture and no one can decipher the symbols on them.

Some experts believed they were burial items, while some argued that these artefacts were most likely used for religious or magical ceremonies.

The large number of objects found suggests that the unknown civilisation had a prosperous economy and was technologically advanced.

Contestant on 90 Day Fiance arrested for ‘kidnapping ex, 30, and smashing her head against the floor’ – The Sun