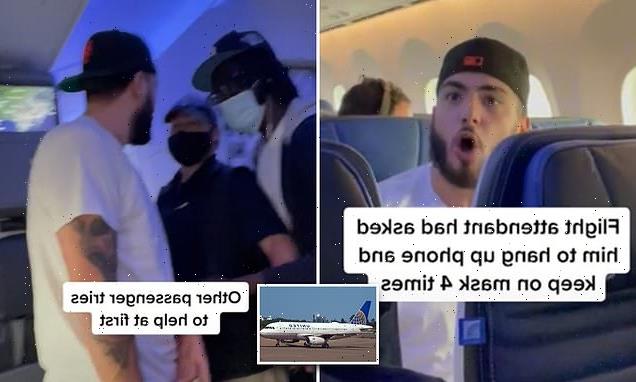 An apparent anti-masker boarding a United flight became the latest unruly passenger to get hauled off a plane by cops after he screamed at a flight attendant and threatened fellow flyers when he was asked to put on his mask.

The unidentified passenger went on a foul-mouthed tirade on the Los Angeles-bound flight, warning someone who tried to diffuse the situation, ‘I’ll break your neck!’

TikTok user Alexander Clark posted the footage last Thursday of the raving anti-masker, who was seated directly behind him.

The viral video posted to Clark’s Tik Tok account @starcadearcade – which has been viewed 4.3 million –  begins with the anti-masker angrily yelling at a male flight attendant after he was asked four times to put his phone away and put his mask on.

‘What the f*** you talking to me like that for bro?’ he aggressively asked the flight attendant. 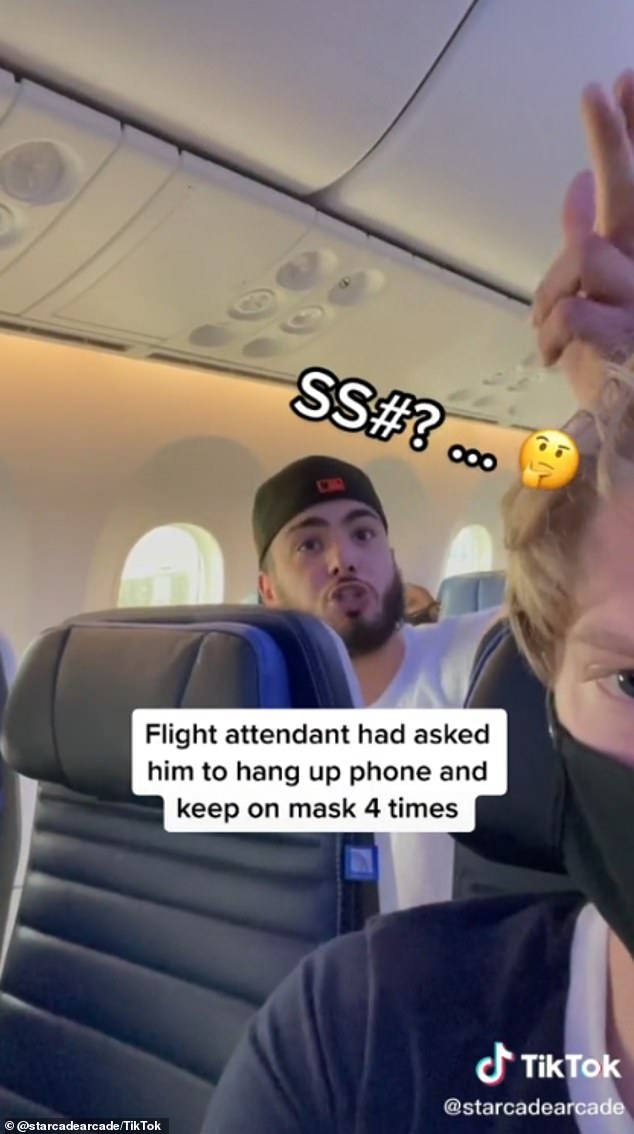 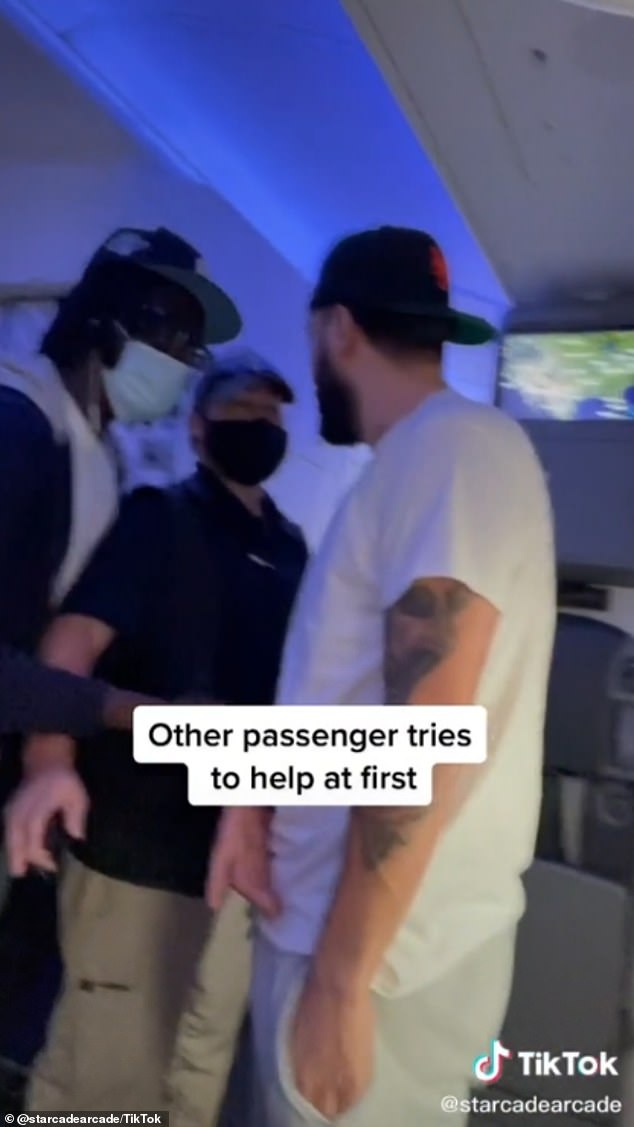 The fuming flyer then repeatedly screams for him to be taken off the flight before ripping off his mask and saying, ‘I don’t even want to go to Cali!’

He then threatens the flight attendant before pushing the aisle seat passenger out of the way and walking towards the crew member.

‘I will find your name, date of birth and address. I’ll know your social security number before I get off this plane,’ he said.

Another male passenger attempted to intervene between the screaming anti-masker and the flight attendant.

A second male passenger then got involved in an attempt to calm things down. 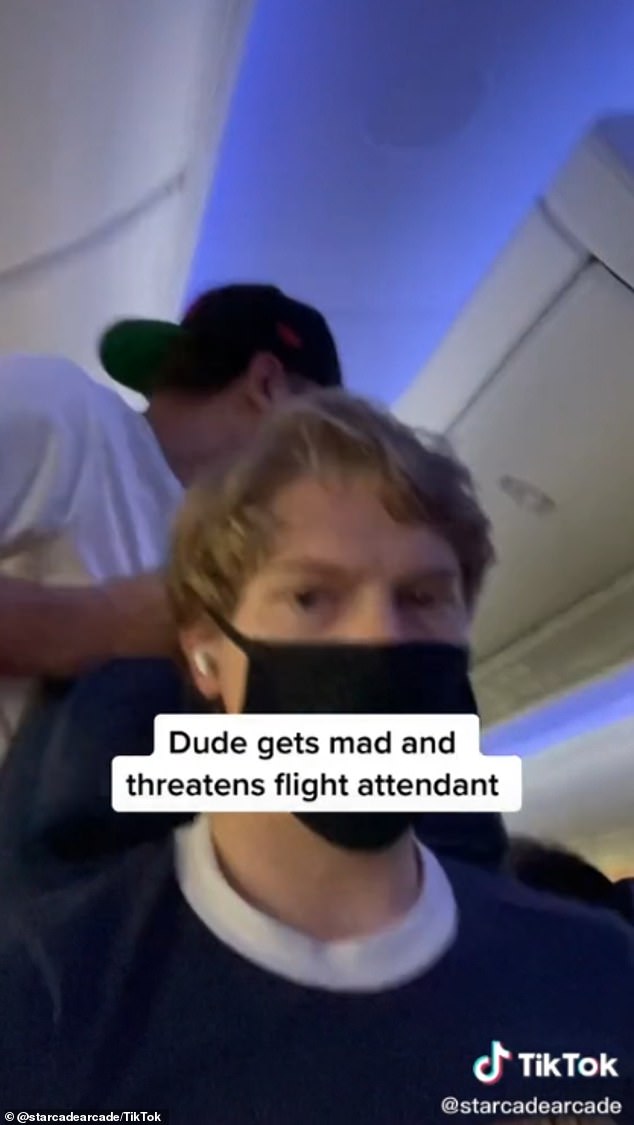 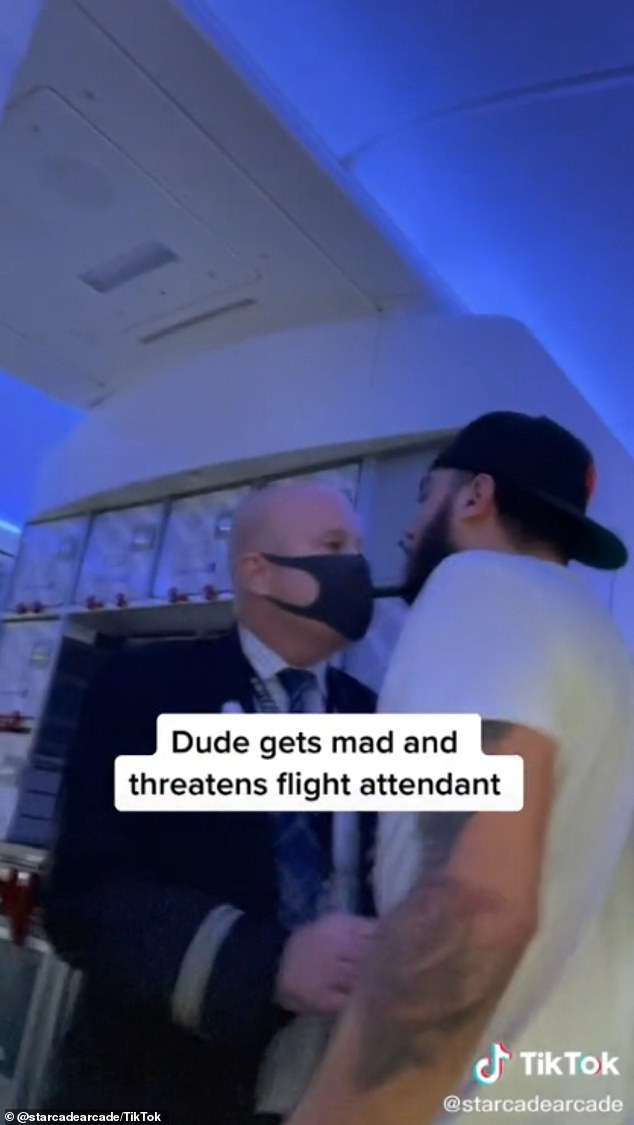 A follow-up video from Clark revealed that he was threatened by the anti-masker for recording him and the man even took away his phone.

‘Why you recording s**t bro?’ Clark was asked by the passenger as he stood over him.

That’s when cops arrived to finally escort the man off the flight. It was not clear if he was arrested or fined for the outburst. 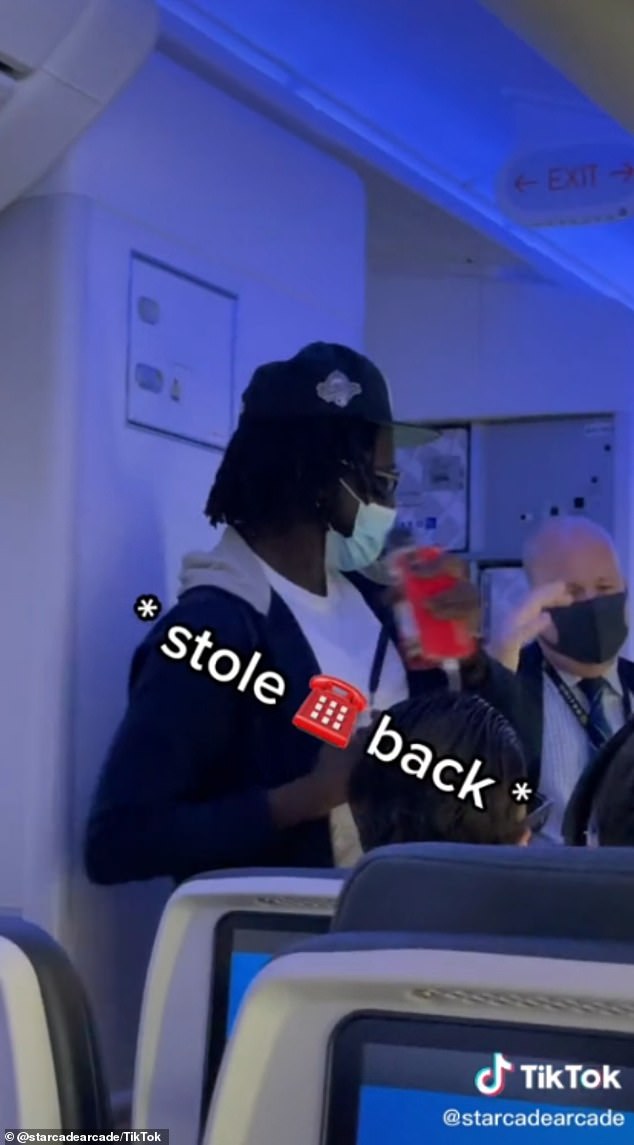 In a follow-up video, Clark said that the anti-masker had grabbed his phone in anger over being recorded 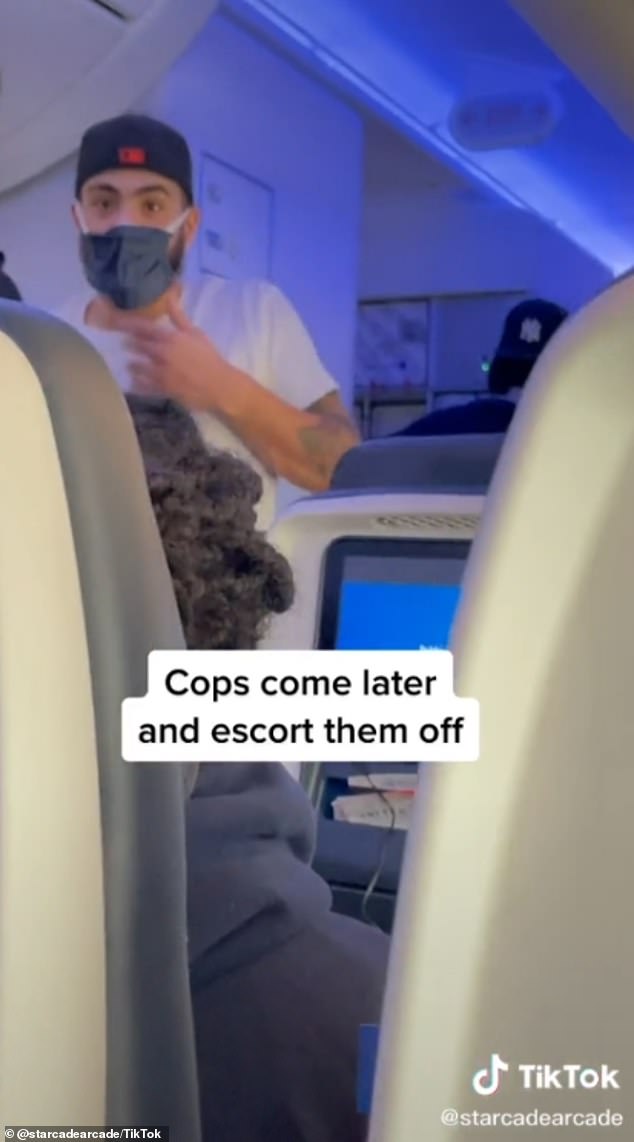 About 17,000 users commented on the wild incident after it was posted.

‘…What’s he gonna do with his date of birth?’, @Patrick J Reilly asked.

Another commenter made fun of the threats against the flight attendant.

‘Before the end of the flight ima know your shoe size, your Xbox handle, your favorite candy in a Whitman’s sampler…’ @So Lil O’Queef quipped.

Tik Tok users were seen commenting on the wild incident

The incident was the just the latest in a series of verbal and physical assaults by passengers who refused to comply with the mask mandate.

In August, a woman on a JetBlue flight from Palm Beach to Hartford was arrested and taken off the plane on a wheelchair after she refused to comply with the mask mandate.

The incident, recorded by Tik Tok user Brooklyn DeGumbia, was fighting with JetBlue staff and police officers and had apparently delayed the flight for three hours.

Another woman in July also refused to wear a mask on an American Airlines flight from New Orleans to Dallas.

Passengers witnessed the woman screaming and throwing a tantrum, even after she was removed from the flight.

The woman was arrested for disturbing the peace and simple assault after she aggressively resisted being taken off the plane by staff and officers. 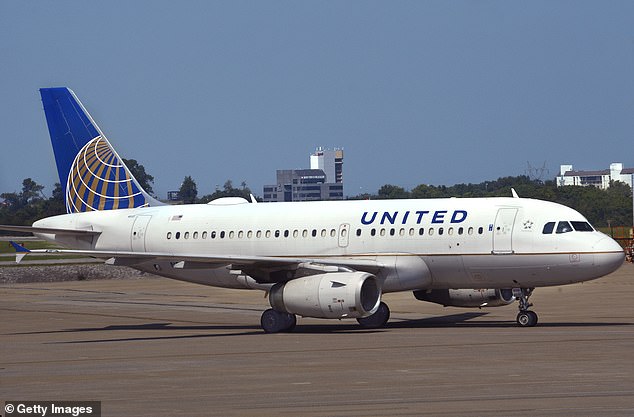 The FAA has reported that nearly 73% of the 4,724 unruly passenger incidents on flights this year have been because of arguments over the mask mandate.

The fines for passenger violations have totaled more than $1 million this year, the agency said.

The FAA states on its website that ‘no person may assault, threaten, intimidate, or interfere with a crewmember in the performance of the crewmember’s duties aboard an aircraft being operated.’

The organization can propose up to a $37,000 fine for unruly passengers.

The TSA has extended the mask mandate for air travelers through next year.