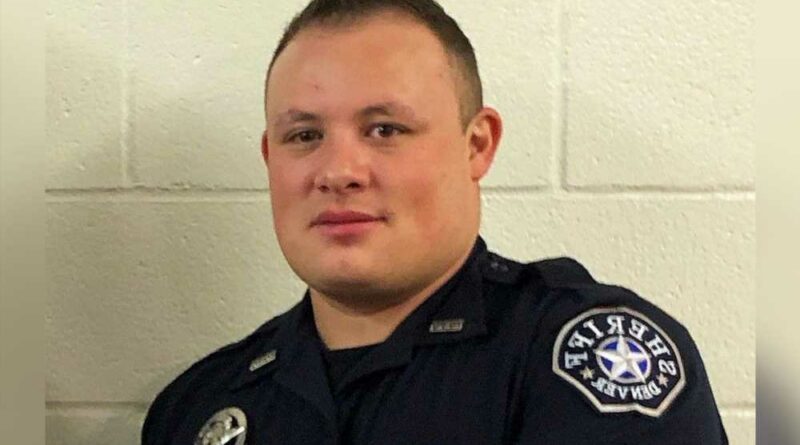 Memorial Day: How COVID-19 restrictions will affect the holiday weekend

Only vaccinated fans can buy Round 2 Knicks playoff tickets

“It is with great sadness that we share 33-year-old Denver Sheriff Deputy Daniel “Duke” Trujillo passed away last evening from COVID-19 complications,” the department wrote on Facebook Thursday morning.

“We ask that you keep his family in your thoughts and prayers and respect their privacy. We also ask that you pray for the members of our Department as well.”

The former Marine had posted several anti-vaccination messages on social media in recent months, according to The Daily Mail.

On May 7, Trujillo changed his Facebook profile picture border to read “I have an immune system,” an apparent rationale for not getting inoculated, the outlet reported.

Last month, the border photo read “I don’t care if you’ve had your vaccine,” according to the article.

Screengrabs from a post shared by the deputy in April reportedly include a TikTok post of a Marine railing against vaccines, the Mail said.

“Being a marine has taught me one thing: never be the first to volunteer,” the man said. “Y’all rushing out there standing in line to get the vaccine like folks rush out to get the new iPhone, and if history has told us any new product that ever comes on the market is always full of problems. And you know how they fix those problems?”

Trujillo captioned the clip, “I’ll get it later on after y’all start growing apendages out of y’all’s foreheads,” according to the report.

The deputy also reportedly disparaged mask wearing on his social media accounts, which appeared to have been scrubbed as of Friday evening.

Trujillo worked at Denver’s Downtown Detention Center, where another relatively young deputy was killed by the coronavirus less than two weeks ago

Law enforcement officers were not required to become vaccinated, and the department does not keep track of who received an immunization, according to the article.

“Vaccinations were a choice,” Daria Serna, a sheriff’s department spokeswoman, told the paper.

Ukrainian Boeing 737 crashes after take-off in Iran, all 170 aboard killed