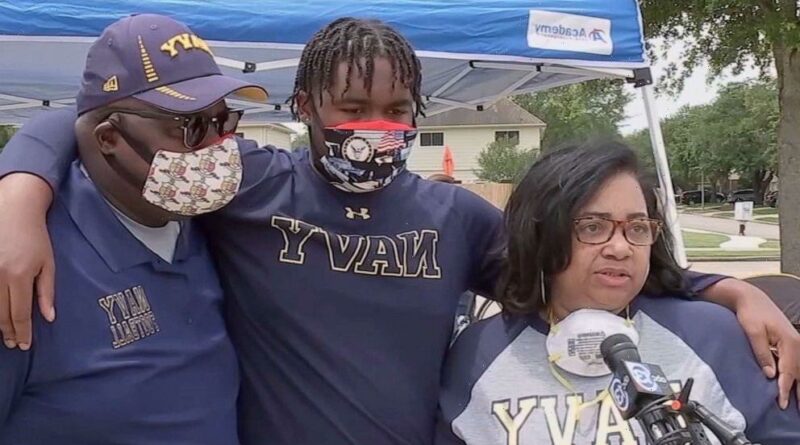 An arrest has been made in the slaying of a Houston mom who was shot and killed while in Maryland to drop off her son at the U.S. Naval Academy, authorities announced Wednesday.

Angelo Harrod, a 29-year-old Annapolis man, is accused of shooting Michelle Cummings, 57, while she sat on an Annapolis hotel patio in the early hours of June 29, according to Annapolis police.

Cummings was not the intended target, police said. Shots were fired on Pleasant Street and traveled a short distance, hitting Cummings, police said.

Cummings and her husband were in Annapolis at the time to bring their son, Midshipman Candidate Leonard Cummings III, to the U.S. Naval Academy, police said.

Their son, a football prospect, is an incoming freshman for the Naval Academy Class of 2025, the Academy said.

The attempted murder charges are because the suspect allegedly attempted “to murder two other citizens that night on Pleasant Street,” the chief said.

Jackson said he was desperate to solve this case.

“Some nights I couldn’t sleep. I felt rage,” he said.

Jackson said he called Cummings’ husband Wednesday morning with the news. Jackson said her husband “paused,” and then said, “Thank you, chief.”

Scientist warns gloves achieve 'nothing in the way of safety'