Ashton Kutcher and Mila Kunis are poking fun at the Hollywood bathing debate they started.

The couple said on the Armchair Expert podcast last month that they only bathe their kids — Wyatt, 6, and Dimitri, 4 — when they can see dirt on them. And they don't shower daily themselves either but do wash their pits and bits each day. Kutcher reasoned that washing head to toe with soap daily strips the body of its natural oils.

Their hygiene habits sparked debate with Dax Shepard and Kristen Bell weighing in about their kids (more than once) — and The Rock and Jake Gyllenhaal among those sharing their cleansing routines. All the chatter it's led now has Kutcher and Kunis poking fun at the entire thing.

"This bathing thing is out of hand," Kutcher captioned the video adding the hashtag #KutcherBathroomTalks.

In it, the Two and a Half Men alum and the Bad Moms star were in the bathroom as the shower ran, steaming up the glass, and you could hear kids' voices.

"It's water! It's water," Mila replied, pointing to the shower.

"You're putting water on the children?" Kutcher responded. "Are you trying to melt them?"

Turning the camera on himself, he added, "This is ridiculous."

Kunis, who couldn't stop laughing throughout, said, "We're bathing our children," and Kutcher pretended to be upset.

"That's like the fourth time this week!" he said.

Kunis joked, "It's too much!" and Kutcher added, "Their body oils are going to be destroyed. What are you trying to do?"

As the video ended, Kunis was laughing so hard she put her head in her hand.

On the July 19 Armchair Expert, Kutcher said of bathing their kids, "If you can see the dirt on them, clean them. Otherwise, there's no point."

Kunis said she didn't have hot water growing up as a child in Ukraine and didn't shower much, so she's done the same with her kids. "I wasn't that parent that bathed my newborns, ever," she said.

The couple explained that they also shower infrequently but wash their armpits and groin area daily. Kunis also said she washes her face twice a day, while Kutcher only splashes water on his after a workout.

Their conversation sparked other celebs to share their hygiene habits.

Gyllenhaal later told Vanity Fair, "More and more I find bathing to be less necessary, at times. I do also think that there's a whole world of not bathing that is also really helpful for skin maintenance, and we naturally clean ourselves."

The Rock said on Twitter that he's "the opposite of a 'not washing themselves' celeb." He showers three times a day — and often sings in the shower as well, for those who are curious.

Shepard and Bell said they used to bathe their daughters nightly — when they were young and it was part of their bedtime routine. Now, "I'm a big fan of waiting for the stink," Bell said. Once you catch a whiff, that's biology's way of letting you know you need to clean it up."

Jason Momoa told Access Hollywood, "I'm not starting any trends, I shower, trust me, I shower. I'm Aquaman, I'm in the f**king water, don't worry about it. I'm Hawaiian, we got saltwater on me, we good."

Bethenny Frankel, former star of Real Housewives of New York City, said, "Is it OK if I admit that my daughter bathing daily is a firm rule in my house? Bathing is cleansing, relaxing & helps with sleep. I have instilled in her a good hygiene routine since birth. Am I canceled for this radical approach?" 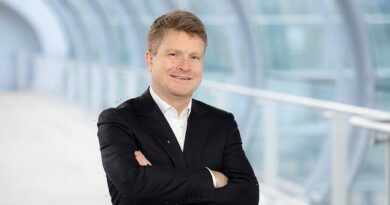