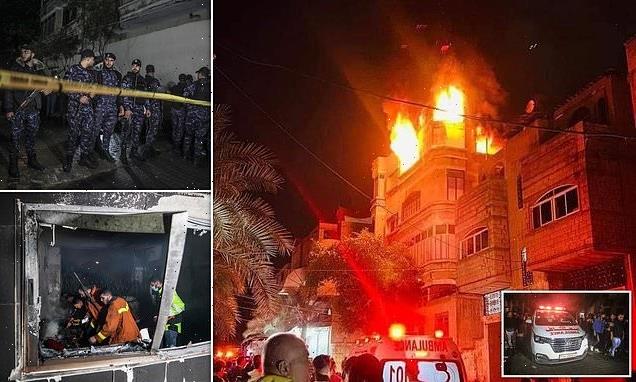 Gaza fire: At least 21 people killed and several others injured after massive flames burst through party at refugee camp as witnesses heard screaming

At least 21 people were killed and several others injured when a fire broke out in a building where residents attended a party in the Gaza Strip, health and civil emergency officials said on Thursday.

It took fire fighters more than an hour to get control of the massive flames that burst through the top floor of a four-story residential building in the densely-populated Jabalia refugee camp in northern Gaza Strip.

Witnesses said they could hear screaming but they could not help those inside because of the intensity of the fire.

Ambulances rushed several injured people to local hospitals, and Israel, which together with Egypt maintains a blockade on Gaza, said it would allow in those in need of medical treatment.

The head of the Indonesian Hospital in Jabalia, Saleh Abu Laila, told AFP that the facility had received the bodies of at least seven children.

Gaza’s Interior Ministry said an initial investigation revealed that large amounts of petrol had been stored at the site, fueling the blaze that quickly engulfed the building. 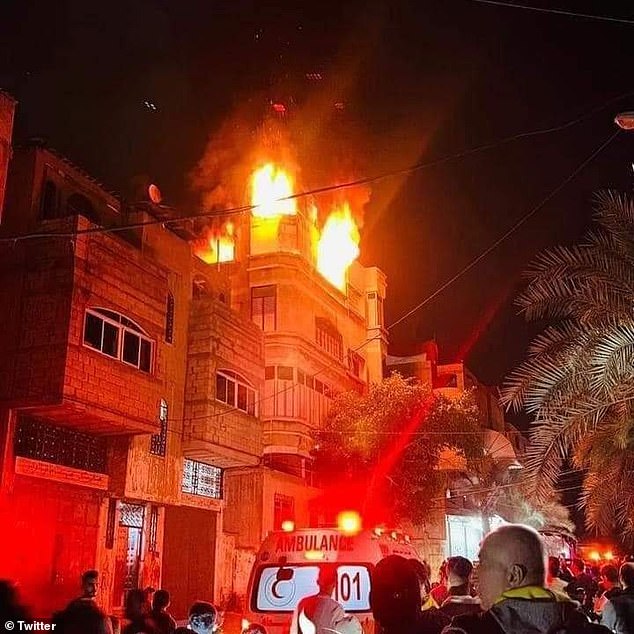 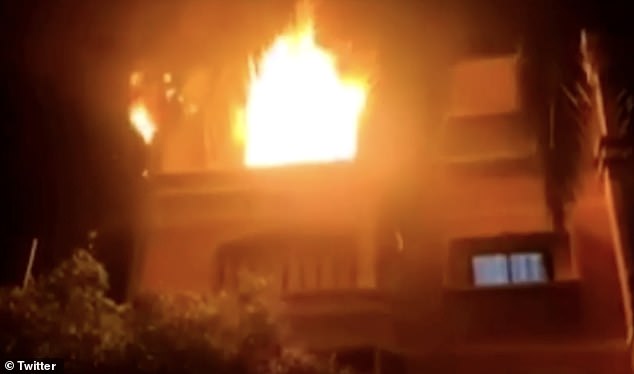 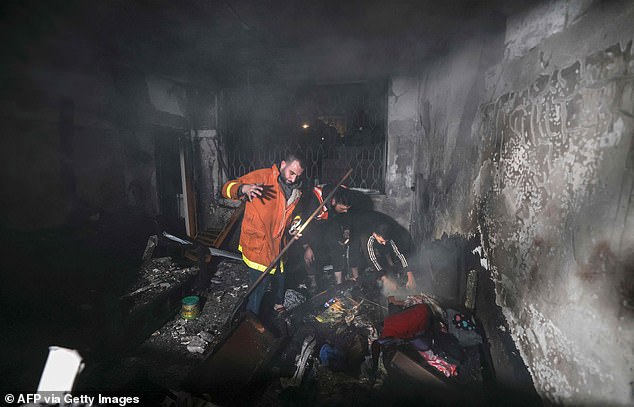 Palestinian Firefighters extinguish flames in an apartment ravaged by fire in the Jabalia refugee camp in the northern Gaza strip, on November 17, 2022 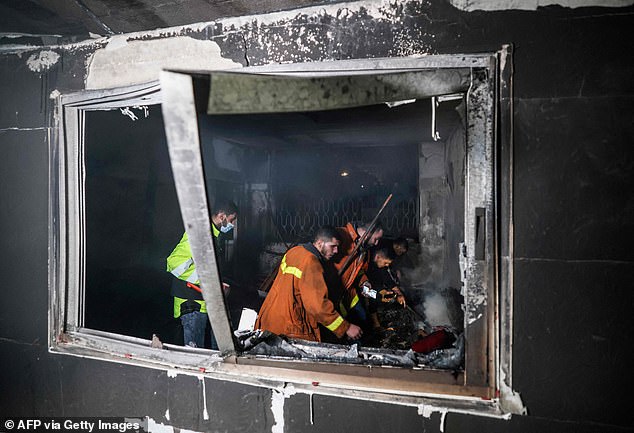 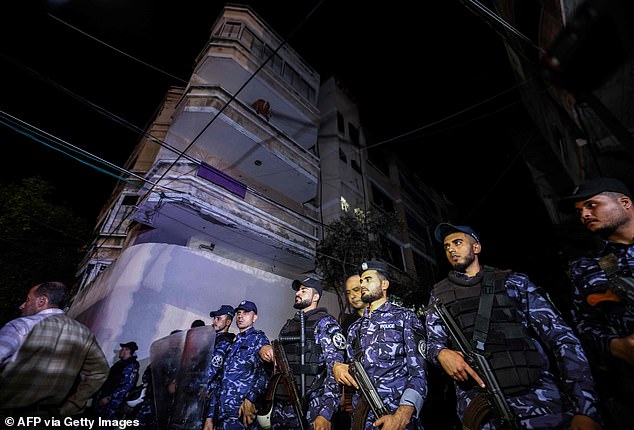 Security forces are deployed outside a building in a refugee camp in Gaza which caught fire, killing at least 21 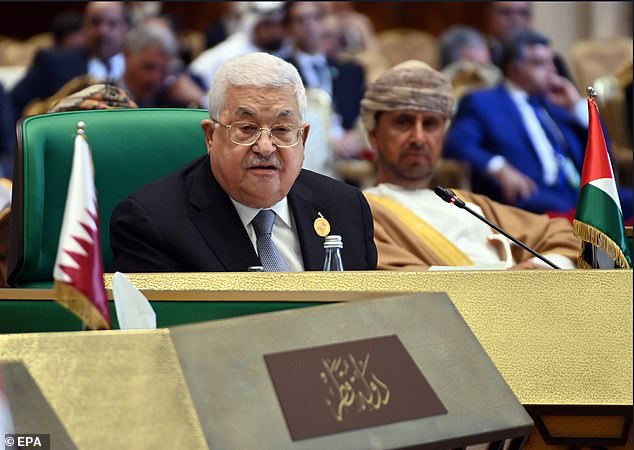 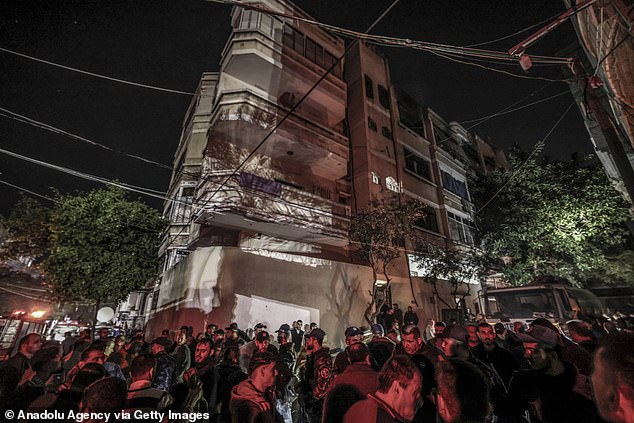 He declared a day of mourning on Friday, with flags to be flown at half-mast, and offered to send aid to families of the victims to ‘ease their suffering’, spokesman Nabil Abu Rudeineh said in a statement.

Hussein Al-Sheikh, secretary-general of the executive committee of the Palestine Liberation Organization (PLO), said in a statement that the Palestinian Authority urged Israel to open the Erez crossing with Gaza to transport serious cases in order to treat them outside the enclave.

The crossing is normally closed at night, but Al Sheikh said it must be opened to allow the transport of critically-hurt patients ‘outside the Gaza Strip if necessary.’

‘The President gave instructions to provide all forms of medical and other assistance urgently,’ Sheikh said on Twitter.

Israeli Defence Minister Benny Gantz responded that his staff would assist with ‘humanitarian evacuations of the injured to (Israeli) hospitals’, expressing sympathy for the ‘serious disaster’. 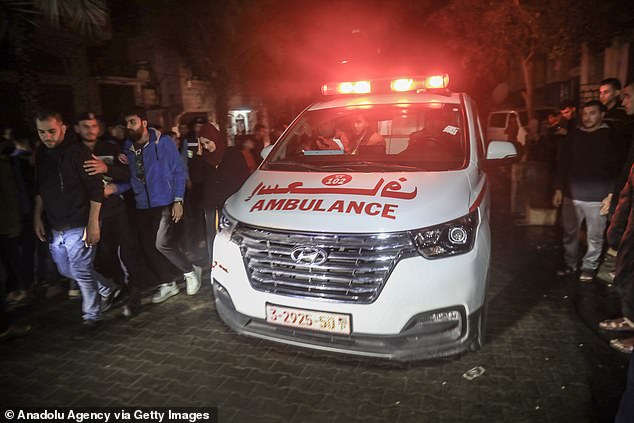 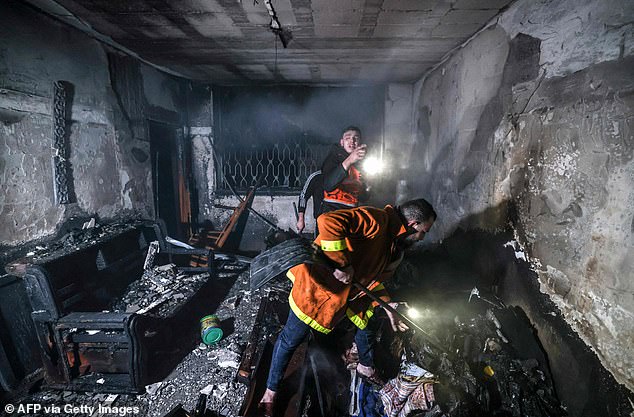 Palestinian firefighters extinguish flames in an apartment ravaged by fire in the Jabalia refugee camp in the northern Gaza strip, on November 17, 2022 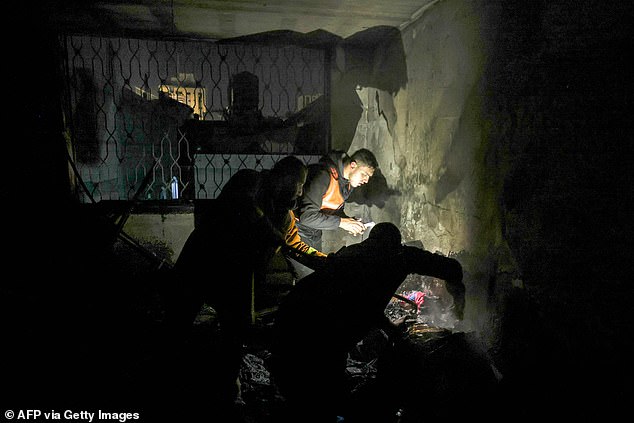 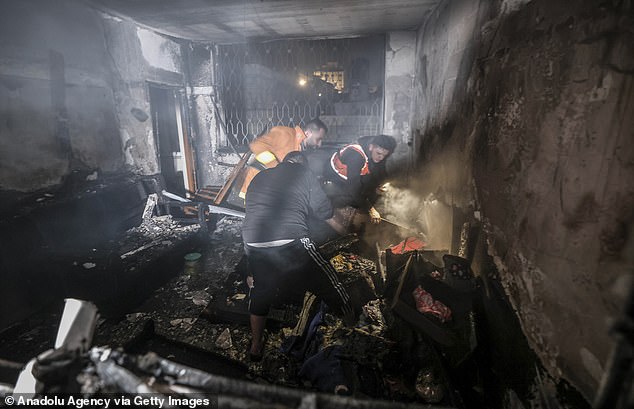 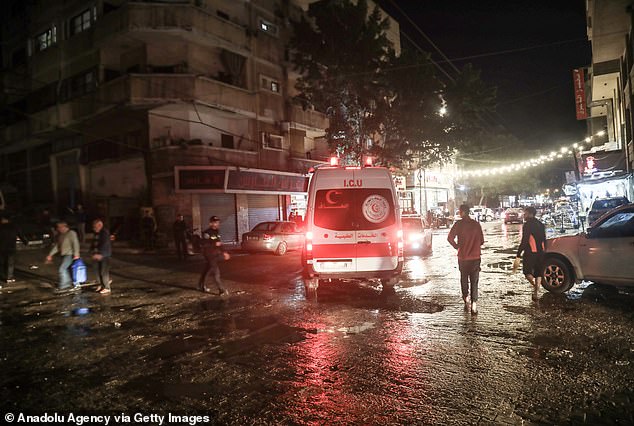 Ambulances are deployed to the site where a fire that broke out in Jabalia refugee camp, on November 17, 2022 in Gaza City, Gaza

Tor Wennesland, the United Nations’ Middle East peace envoy, expressed ‘heartfelt condolences’ to the families of those who died in the incident, in a post on Twitter.

Jabalia is one of eight refugee camps in Gaza, home to 2.3 million people and one of the world’s most densely populated areas.

Gaza has been under Israeli blockade since 2007, a measure Israel says is necessary to contain threats from armed groups in the strip.

With electricity supply sparse in the impoverished territory, domestic blazes are common as Gazans seek alternative sources for cooking and light, including petrol lamps.

This year Gaza received an average of 12 hours of mains electricity daily, up from just seven hours five years ago, according to United Nations data.

But new dangers arise in the winter when many people burn coal for heat.

Biden backs impeachment if Trump does not cooperate with Congress