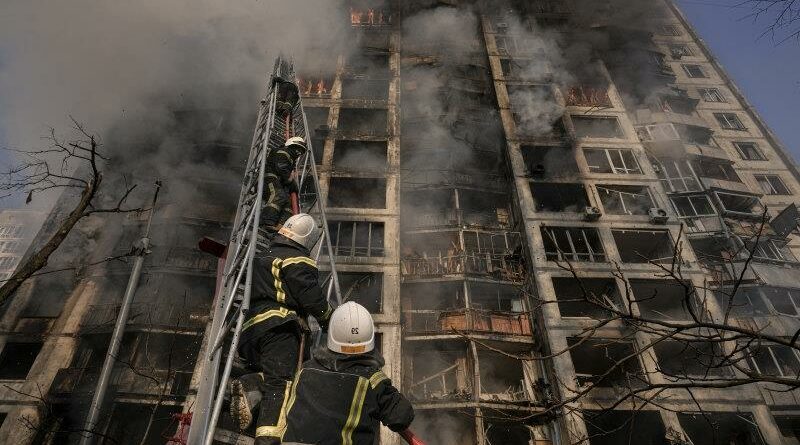 Ukrainian President Volodymyr Zelensky has cited Pearl Harbor and the terror attacks of September 11, 2001 as part of an appeal for the US Congress to do more to help Ukraine’s fight against Russia’s invasion.

During a livestreamed address to American politicians on Thursday (AEDT), Zelensky said: “We need you right now. I call on you to do more.” 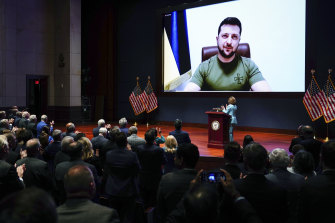 The representatives gave him a standing ovation, before and after his remarks. The speech comes as US President Joe Biden announces a $US800 million ($1.1 billion) military assistance package for Ukraine that will include anti-aircraft systems and drones.

It comes as Russian forces intensify their fighting in Kyiv suburbs. Russian troops are trying to cut off the capital from transport arteries and destroy logistical capabilities, according to Ukrainian authorities. Twelve towns around Kyiv are without water and six are without heating.

Meanwhile, the Ukrainian President has acknowledged the no-fly zone he has sought to “close the sky” over his country may not happen.

Zelensky has repeatedly appealed for NATO to set up a no-fly zone given Russia’s air superiority, as civilian casualties mount three weeks into the war. But NATO Secretary-General Jens Stoltenberg has ruled out any role for the military organisation in setting up and policing a no-fly zone over Ukraine.

It’s Thursday, March 17. I’m Broede Carmody and I’ll be anchoring our live coverage for the first half of the day. 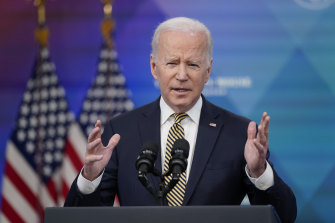 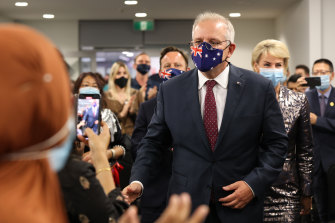 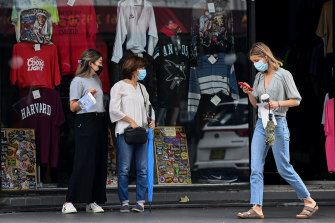 Keep your pets INDOORS to stop them catching coronavirus with cats most at risk, owners warned – The Sun