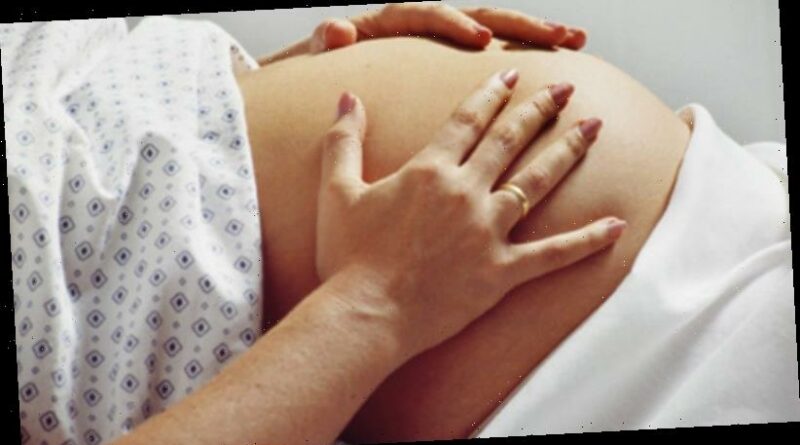 Some health workers who are among those first in line to receive a coronavirus vaccine are choosing to delay having a baby until more is known about any potential side effects during gestation, with the federal government yet to advise whether pregnant women should have the jab.

Melbourne obstetrician Nisha Khot said there was little information she could offer to her patients about the vaccines, as pregnant women are typically excluded from clinical trials.

The Royal Australian and New Zealand College of Obstetricians and Gynaecologists has called for pregnant women and women who are breastfeeding to be included in the clinical evaluation of the COVID vaccination, “with a view to making this available to that group of people when safety is assured”. 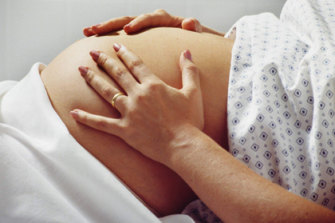 A range of unknowns and concerns have arisen over the coronavirus vaccine during pregnancy.

While there have been no signs Australia’s vaccine candidates pose a danger to expectant mothers or their babies, the lack of information is of concern to some front-line staff who will be eligible to receive a jab in the first round of vaccination, due to begin in just a few weeks.

The World Health Organisation recently said it did not recommend that the Pfizer vaccine be given to pregnant women, with the exception of health staff at unavoidable high risk of exposure, or to those with complicating health conditions.

That is despite pregnant women being considered at higher risk of severe effects of COVID-19 compared to other women of the same age, and a link between coronavirus and pre-term births.

The WHO preferred to err on the side of caution because there is not enough data on the effect of the vaccine on pregnant women.

The United States has recommended that pregnant women get the option to have the vaccination, but the United Kingdom has advised against routine coronavirus vaccination during pregnancy, despite noting that non-clinical studies were yet to raise concern of any specific risk.

Some experts say more should be known by the time Australia is due to start vaccinating those most at risk, including healthcare workers, in February. But others warn it could be years before the effects on unborn children and pregnant women are fully known.

Dr Khot said she knew healthcare workers who were pregnant but still unsure if they would get vaccinated, or were discussing ending breastfeeding early, ahead of receiving a jab.

Others were talking about delaying trying to have a baby until after their vaccination.

Dr Khot said she already had women asking her at antenatal clinics about the vaccine, but there was only limited information she could provide them, particularly about Oxford-AstraZeneca vaccine, of which Australia has secured 53.8 million doses. Australia has also purchased 10 million doses of the Pfizer vaccine.

“We can ultimately just go back to what the manufacturers say or what the medical colleges and medical bodies say, which is not much,” Dr Khot said. 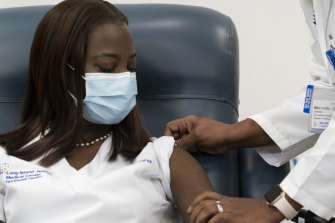 The WHO has backed vaccination for breastfeeding priority workers, but there are similar uncertainties: “There are no data on the safety of COVID-19 vaccines in lactating women or on the effects of mRNA vaccines on breastfed children,” it says.

Melbourne midwife Rhiannon Scott, who is 34 weeks pregnant, said she would be happy to get the vaccination if she wasn’t pregnant, but now would probably hold off until after the baby arrived.

On Monday, the federal Health Department said the government’s vaccination expert group would finalise clinical advice on the use of COVID-19 vaccines, including in pregnant woman, following consideration of the vaccine candidate by the Therapeutic Goods Administration.

“Advice will be made available prior to program rollout in February,” she said.

A cautious approach has been backed by infectious diseases experts, who said Australia would be able to benefit from the experiences in the United States and United Kingdom, where millions have already received vaccinations after rollouts began last month.

“By the time we are due to have the vaccine in Australia we will know about thousands of women having had the vaccine overseas and we’ll know almost certainly that it’s proving to be safe,” University of Sydney infectious diseases expert Professor Robert Booy said.

“We’ll know within a month from the safety surveillance that has been done all over the place that pregnant women in moderately large numbers are having the vaccine and tolerating it.”

However, Professor Nigel McMillan, program director at Griffith University's Menzies Health Institute, said it may take longer for enough evidence to be gathered to support more extensive vaccination of pregnant women, as a clinical trial would need to look at the first couple of years of a baby’s life.

“I don’t think we’ll have data on that for at least a couple of years.”

The federal government will launch a $24 million ad campaign about COVID-19 vaccines targeting women who are pregnant, as well as young families, migrants and Indigenous people, after research commissioned by the Health Department found women aged 30 to 39 were the most likely to hold concerns about the vaccine's safety. 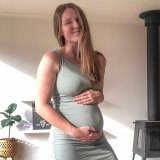 Rosebud resident Eleanor Gibson, who is due to have her first baby in June, has already had a flu vaccine and whooping cough jab, but said she wouldn’t be having a coronavirus vaccine while pregnant until more time had passed to give her confidence there were no concerning long-term effects.

“I just don’t know if there’s enough research on the effects of unborn children and I don’t want to take any risks.”

In the United States, health workers or other people in recommended groups who are pregnant are given the option to have a vaccination. The US Centres for Disease Control and Prevention echoes the advice of the WHO, noting that while COVID-19 can pose more of a threat to pregnant women, there was limited data on the safety of coronavirus vaccines in pregnancy.

UK authorities have been more explicit about recommending against routine coronavirus vaccination during pregnancy, despite noting that non-clinical studies of the Pfizer and Astra-Zeneca vaccine have so far raised no concerns.

“The vaccines have not yet been tested in pregnancy, so until more information is available, those who are pregnant should not routinely have this vaccine,” Public Health England advice says.

“If you are pregnant you should not be vaccinated unless you are at high risk – you can be vaccinated after your pregnancy is over.”

However, people at “very high risk of catching the infection” or with underlying medical issues are urged to discuss with their doctor if it would be better for them to receive the vaccination.