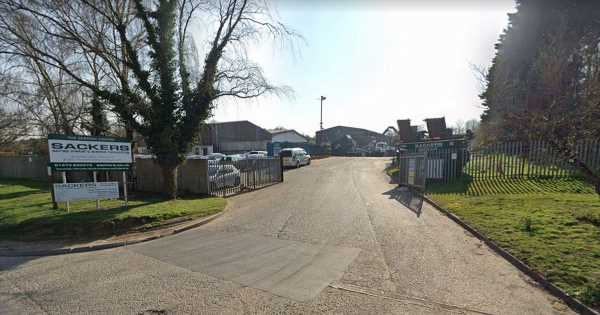 A baby girl may have been shaken or smothered and was born alive before being found dead at a waste recycling plant, an inquest heard.

The infant, known only as Baby S, was found dead on a conveyor belt at Sackers in Needham Market, Suffolk on May 14 2020.

The horrifying discovery during the first Covid lockdown came after a delivery of waste from commercial bins to the site.

READ MORE: Teen who fell to his death at theme park was nearly 100 pounds too heavy for ride

Pathologist Dr Virginia Fitzpatrick-Swallow could not determine which of a number of possible mechanisms – including a traumatic birth, shaking or smothering – led to the baby's death.

Recording an open conclusion at a hearing in Ipswich today (June 21), Suffolk’s senior coroner Nigel Parsley said: “We simply cannot say exactly how Baby S came by her death and how she received the injuries which led to her death.”

He said that, after an initial post-mortem failed to determine a cause of death, the baby’s brain and spinal column were sent to a consultant neuropathologist, after which it was determined a traumatic brain injury led to the death.

The cause of the brain injury remains unascertained. She was recorded to have been born full-term with no evidence of underlying disease.

Detective Chief Inspector Karl Nightingale agreed that Baby S was “definitely born alive”, no more than 24 hours before her death.

He also explained that pathologists were able to identify injuries which “happened prior to her death”, despite being “significantly hindered by the waste processing she went through”.

The pathologist’s report noted “numerous severe injuries” which “could be explained by damage through the processing plant”.

The “majority” of these injuries – including fractures to the skull, pelvis and ribs – were said to have occurred after the infant's death.

Mr Nightingale said: “She could have been placed into the bin while alive but her death isn’t attributed to her going through the waste processing.”

He added that the infant is thought to have been inside one of two waste collection vehicles.

Officers visited 800 addresses and gathered 11,000 hours of CCTV footage, chasing up on the 52 locations where those two vehicles collected waste from.

They were not able to establish how Baby S came to be inside a bin.

Mr Parsley said: “All we can say with any certainty is the information in relation to how Baby S was found but really we’re no closer to identifying how she got into the waste system in the first place.”

He praised Sackers for helping with the investigation into the "tragic" case, adding that they were “fundamentally involved in funeral arrangements” for the infant. 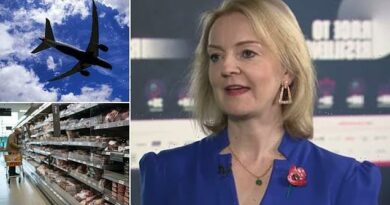