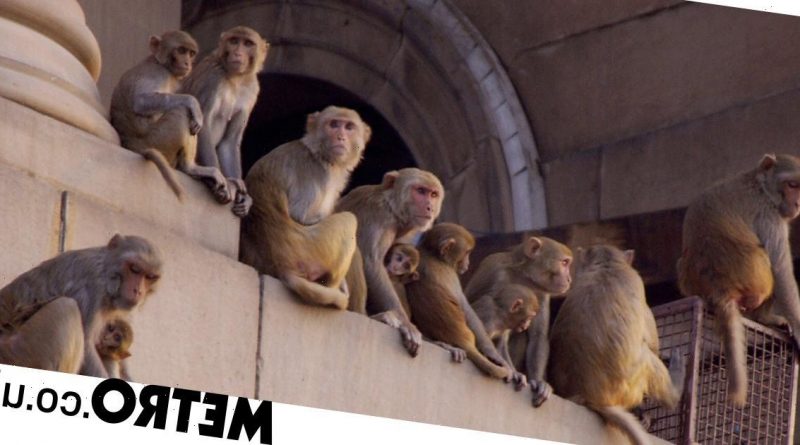 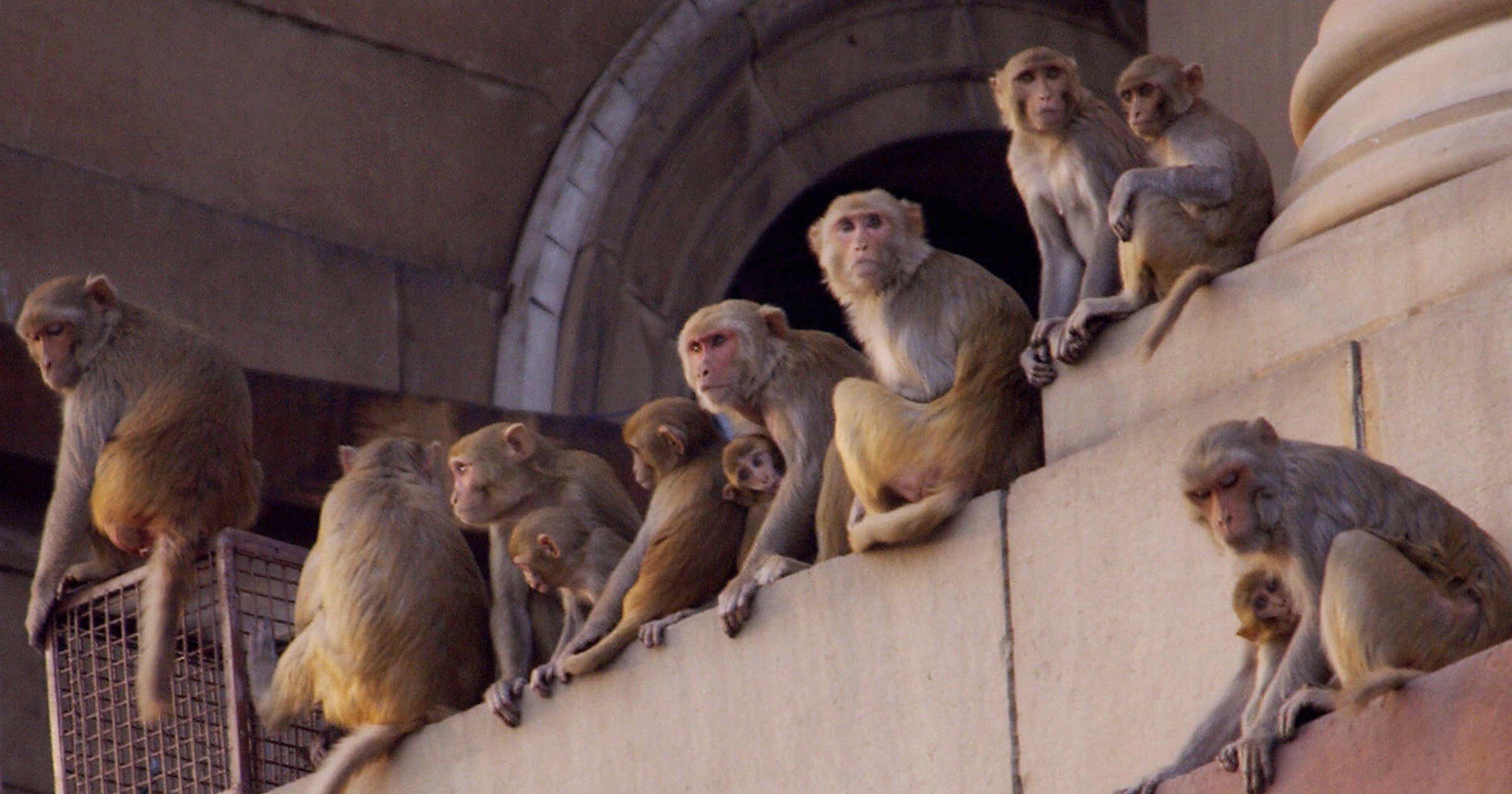 A four-month-old baby has died after being snatched from his parents and thrown off a building in India.

His father, Nirdesh Upadhyay, had carried the infant out onto his third-floor roof terrace, accompanied by his wife, after a power cut at their home in Bareilly, Uttar Pradesh state, on Friday.

The gang of monkeys then jumped over from another room and surrounded the family, according to local reports.

They attempted to run inside but one of the animals lunged towards the child and grabbed him before throwing him from the roof, killing him immediately.

Other family members ran up to the terrace to help but were also attacked.

Mr Upadyay, a farmer, told The Times of India: ‘The incident took place in the evening on Friday. It was getting dark.

‘We were actually preparing for my elder son’s birthday. My younger son started crying, so I took him to the terrace.

‘After a while, some monkeys jumped from another roof and two of them attacked me.

‘One of them seemed to be leading the troop, and grabbed my son. I screamed for help and then rushed down to find my son spattered in blood.’

Uttar Pradesh is home to large roaming populations of rhesus monkeys who have been known to attack humans.

But a local forest official said the animals’ behaviour towards the Upadhyay family was ‘not normal’ and ‘may require further study by experts’.

Local police and wildlife authorities have been called in to investigate the incident.

Authorities in the area are currently working to move monkeys out of densely-populated areas after an increase in violent incidents.

They include the death of a five-year-old girl elsewhere in Bareilly after she was grabbed and had large portions of skin ripped off by a group of primates.

Two years earlier, a woman and her four kids died in Shahjahanpur when monkeys reportedly pushed a stack of loose bricks onto them.