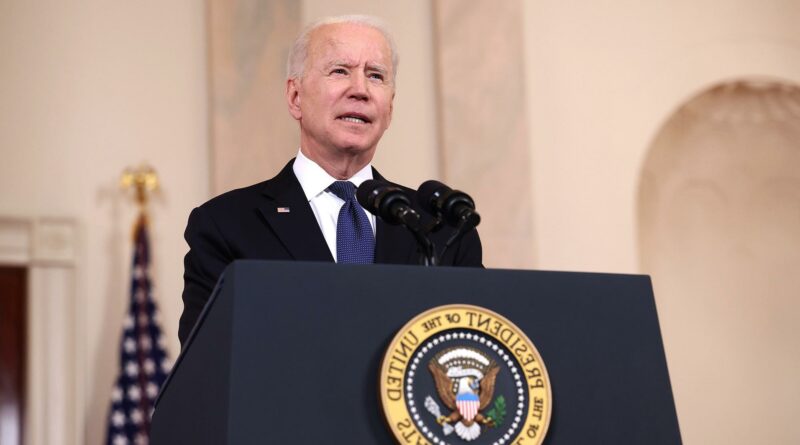 Team Biden is poised to hand out billions of dollars to what it misleadingly labels “socially disadvantaged” farmers, restaurateurs and other business owners hurt by the lockdowns. The money will start flowing to them in early June — provided they don’t have white skin.

Biden’s American Rescue Plan defines “socially disadvantaged” based on skin color and ancestry, not the hardships faced by an individual. Blacks, American Indians, Alaskan Natives, Hispanics and Pacific Islanders are included. One group is excluded: whites.

Fortunately, the new law’s anti-white provisions are facing a challenge in court, and the challengers are likely to win. The US Constitution forbids discrimination based on race — period.

One of the Midwestern farmers suing, Adam Faust, was born with spina bifida and has two prosthetic legs. He manages to milk 70 cows a day and grow 200 acres worth of feed crops. He’s in debt but he doesn’t qualify for forgiveness under the American Rescue Plan because of his skin color.

Last month, a Texas farmer who is the state’s agricultural commissioner also sued. Like Faust, he argued that the Constitution’s Equal Protection Clause guarantees him equal treatment regardless of race.

That is a Texas café owner’s claim as well.  Philip Greer’s café lost $100,000 during the shutdown. He applied to the Restaurant Revitalization Fund set up under the American Rescue Plan. The fund offers restaurateurs up to $5 million per location to cover losses. But Greer is white, and the law says for the first 21 days funds are disbursed, most white men have to go to the back of the line, behind women, veterans and “socially and economically disadvantaged” applicants.

Greer sued. On May 18, federal Judge Reed O’Connor determined that he is likely to succeed at trial and ordered the Small Business Administration to halt its discriminatory practices and consider Greer’s application immediately. The judge pointed out the obvious, that the fund’s $29 billion would likely be distributed before Greer and other white male applicants made it to the front of the line.

Just because blacks make up a small percentage of restaurant owners or farmers doesn’t, by itself, prove past racism or justify discriminating against another group now.

Overturning the American Rescue Plan’s racist provisions is essential, lest Democrats move ahead with more extreme measures. Next up is the Justice for Black Farmers Act, “to encourage a new generation of black farmers” at a cost of $100 billion.

Five Democrats on the Senate agricultural committee, including Georgia Sen. Raphael Warnock, are behind the measure, which would award 160 acres, a home mortgage, a loan for farming equipment and agricultural training to 200,000 recipients over 10 years, setting them up to be farmers. The only qualification is a parent of African ancestry — no agricultural experience required.

What could go wrong? It’s a reckless abuse of taxpayers’ money to buy and give away 32 million acres based on one principle only: skin color. It’s reparations by another name.

For now, the battle to defeat the anti-white provisions of Biden’s American Rescue Plan will be fought in court. Fortunately, that’s where the Constitution still matters.

Betsy McCaughey is a former lieutenant governor of New York.

Anthony Fauci will testify before Senate via videoconference