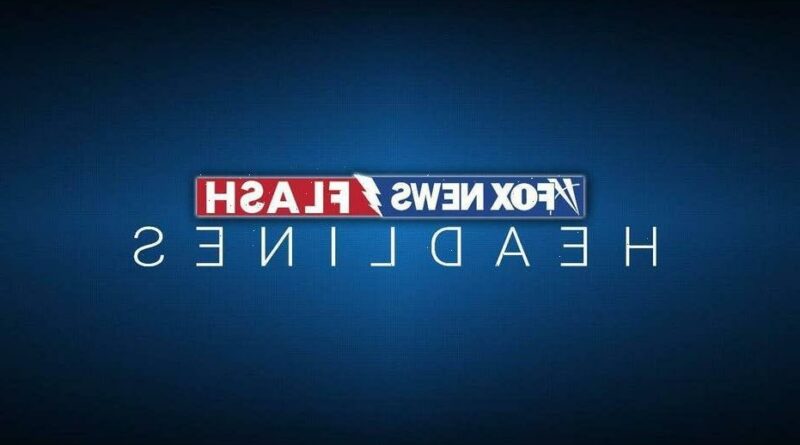 A California fire churned through unpopulated mountain wilderness Thursday, but posed no immediate threat to the nearby town of Paradise, site of the deadliest wildfire in recent U.S. history. Still, survivors of the 2018 blaze worried that history could repeat itself.

The Dixie Fire had burned 3.5 square miles of brush and timber near the Feather River Canyon area of Butte County northeast of Paradise and moved into national forest land in neighboring Plumas County.

There was zero containment and officials kept in place a warning for residents of the tiny communities of Pulga and east Concow to be ready to leave. 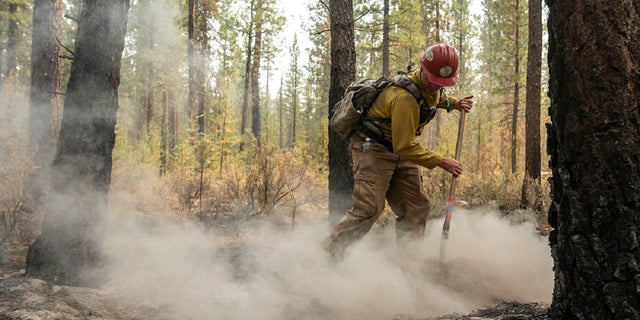 Firefighter Garrett Suza, with the Chiloquin Forest Service, mops up a hot spot on the North East side of the Bootleg Fire, Wednesday, July 14, 2021, near Sprague River, Ore. (AP)

In its early hours, the fire raced along steep and hard-to-reach terrain about 10 miles from Paradise, the foothill town that was virtually incinerated by the Camp Fire that killed 85 people. The current fire, which erupted in the rugged Feather River Valley northeast of Paradise, has not advanced toward the town, and residents have not been ordered to evacuate.

Larry Peterson, whose home in neighboring Magalia survived the previous blaze, said some of his neighbors were getting their belongings together in case they had to flee.

“Anytime you’ve got a fire after what we went through, and another one is coming up, you’ve got to be concerned,” he told KHSL-TV.

Other locals stocked up on water and other items.

“We pretty much left with our clothes on our backs” during the previous fire, said Jennifer Younie of Paradise. “So this time we are looking to be more prepared and more vigilant.”

Joyce Mclean’s home burned last time but she has rebuilt it and will again if necessary, she told the station.

“We just take each day as it comes and if it happens, it happens,” Mclean said. “There’s not much that we can do about it.”

Because little of the foliage has grown back in the area since the 2018 Paradise blaze, there is nothing there now for the current fire to burn, Butte County Supervisor Bill Connelly told the Sacramento Bee.

“It’s probably not a direct threat at this time,” he said. The blaze is one of nearly 70 active wildfires that have destroyed homes and burned through about 1,562 square miles — a combined area larger than Rhode Island — in a dozen mostly Western states, according to the National Interagency Fire Center.

In southern Oregon the Bootleg Fire, the largest wildfire currently burning in the U.S., covered more than 355 square miles early Thursday after a day of extreme behavior and explosive growth. Twenty-one homes have been destroyed and another 1,900 remained threatened in the Fremont-Winema National Forest area just north of California that’s been gripped by a historic drought.

“This fire is going to continue to grow — the extremely dry vegetation and weather are not in our favor,” Joe Hessel, an incident commander, said in a statement.

The nearby Log Fire, which originated as three tiny fires on Monday, ballooned to more than 7.5 square miles as winds pushed the flames eastward through wilderness.

Tim and Dee McCarley could see trees exploding into flames in their rearview mirror as they fled the fire last week at the last minute. They had put off their departure to pack more belongings and search for their missing cat.

“The sheriff’s department had been there and they said, ‘If you don’t get out of here now, then you are going to die,’” said Tim McCarley, 67, as he, his wife and stepson rested Wednesday at a shelter at the Klamath County Fairgrounds.

“We were running around like a chicken with its head cut off, throwing stuff into the car. Then we say, ‘Okay, that’s it … we got to go.”

Tim McCarley was allowed to return briefly after the fire had passed over their rural community northwest of Bly. He found his home still standing and their cat inside unharmed. But the flames had crept within 5 feet of their house, the heat melting their trailer and storage units until they looked “like a melted beer can,” he told The Associated Press in a phone interview.

The National Weather Service tweeted late Wednesday that a “terrifying” satellite image showed gigantic clouds fueled by smoke and hot air had formed over the fire — a sign that the blaze was so intense it was creating its own weather, with erratic winds and the potential for fire-generated lightning.

“Please send positive thoughts and well wishes to the firefighters. … It’s a tough time for them right now,” the tweet read.

Extremely dry conditions and heat waves tied to climate change have swept the region, making wildfires harder to fight. Climate change has made the American West much warmer and drier in the past 30 years and will continue to make weather more extreme and wildfires more frequent and destructive.

An extreme heat wave late last month sucked vegetation dry in the Pacific Northwest, where firefighters say they are facing conditions more typical of late summer or fall than early July. The Northwest Interagency Coordination Center moved the region up to the highest alert level Wednesday as dry gusts were expected in some areas and new fires popped up.

In California, the state’s largest fire so far this year grew to 156 square miles north of Lake Tahoe near the Nevada state line.

The Beckwourth Complex, a merging of two lightning-caused blazes, was 68% contained but new evacuations were ordered on the north side as winds carried embers ahead of the fire, Plumas National Forest officials said Thursday morning.

The fire “has been creating its own independent weather patterns as the day progresses,” a statement said.

A wildfire threatening more than 1,500 homes near Wenatchee, Washington, grew to 14 square miles by Thursday morning and was about 10% contained, the Washington state Department of Natural Resources said.

About 200 firefighters were battling the Red Apple Fire near the north-central Washington city renowned for its apples. The fire was also threatening apple orchards and an electrical substation, but no structures have been lost, officials said.

Ask Amy: Cull those diaries of the “icky bits” – The Denver Post