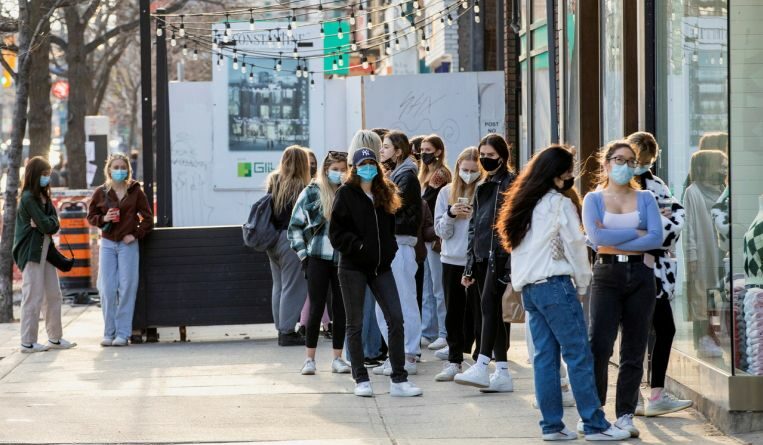 OTTAWA (BLOOMBERG) – For the first time since the pandemic began, Canada has passed a grim milestone, with more new Covid-19 cases per capita than the US.

There have been roughly 22 new recorded cases per 100,000 people in the country over the past 7-days. Ontario is being hit the hardest with hospitals coming under increasing strain, especially in Toronto, the country’s largest city.

“This is the worst moment of the pandemic, thus far,” Kevin Smith, Chief Executive Officer of the University Health Network, said in an interview Monday (April 12). “Our ICUs are full.”

Ontario has ordered all but emergency surgeries cancelled across most of the province, for the first time since March 2020. Patients scheduled for cancer, cardiac and brain surgeries are being told to wait as intensive care units fill with Covid-19 patients. Toronto’s Hospital for Sick Children has opened an overflow unit to treat adults.

“When The Hospital For Sick Children is providing ICU care to adults, you know you’re living through one of the worst periods of the pandemic,” Eileen de Villa, Toronto’s medical officer of health, said in a news conference Monday. “The old Covid-19 virus is being bulldozed by the B117 variant, with the other two variants present in Toronto as well.” Toronto recorded 1,296 new cases on Monday and could see 2,500 new Covid-19 cases a day by the end of the month, at the current rate, health officials warned Monday.

About 1,300 patients have been moved to hospitals across the province to handle the onslaught of critical cases, Smith said. Hospitals are struggling to secure supplies of tocilizumab, a cancer drug that has improved survival rates for Covid-19, he said.

And the UHN network may soon exceed its capacity to offer extracorporeal membrange oxygen, or ECMO, to Covid patients, an artificial heart and lung technology that can be used when a ventilator is insufficient.

Hospitals in Northern Ontario will likely need to cancel scheduled surgeries soon, Smith said, so that Covid patients can be transferred from the south to the north of the province. Within the next week, he expects his staff will be redeployed – ideally on a volunteer basis – to areas of most need.

On Monday, Ontario Premier Doug Ford bowed to pressure to close schools for in-person learning until data shows the outbreak is easing, a decision that will add to pressure on working parents at a time when people are already exhausted by the 13 months of pandemic-related restrictions, coupled with a fits-and-starts vaccine roll-out.

Covid Fatigue Friction between beleaguered health officials, desperate businesses and exhausted residents has been on the rise across Canada. This past weekend, Quebec police used tear gas on a handful of protesters after hundreds took to the street in defiance of an 8pm curfew, with a handful setting fire to garbage and shattering windows, CBC News reported.

On Monday, health officials in British Columbia said that the number of patients in critical care has risen to a record high.

But nowhere has the tug-of-war between competing interests been more apparent than in Ontario, where Ford has struggled to contain the virus without ostracising business leaders.

Delays securing vaccines, evolving information about the safety of the AstraZeneca dose, and the more infectious nature of new variants have added to his challenges, resulting in shifting tactics and messaging. Complex colour-coded lockdown restrictions – is which “gray” represents a higher threat than “red” – have been accompanied long lists of vaccine “phases,” detailed reopening “stages” and frequent modifications and amendments.

“It’s just been incredibly difficult for small businesses,” said Ryan Mallough, director of provincial affairs for the Canadian Federation of Independent Business, which represents 38,000 businesses in Ontario, with an average of about a dozen employees each. “Just following along with the lexicon, let alone what that means on the ground and then the fact that things change so abruptly.”

Nationwide, CFIB members have incurred an average of almost C$170,000 (S$181,884) in additional debt as a result of Covid-19, according to a March survey. In Ontario, that figure is closer to C$208,000. Even with federal assistance, many business owners are running up credit-card debt, tapping mortgages, and draining bank accounts, the survey showed.

Health officials knew it was always going to be a race to get people vaccinated before the third wave caught hold, Smith said. Having lost that contest, Canada should be imposing more “rigorous” measures, including restricting regional, interpovincial and international travel for the next four to six weeks to contain the spread of more infectious variants until vaccination efforts take hold.

“These are the worst days of this pandemic and I believe now is not the time to lighten up on anything but frankly to hunker down,” he said. “We’re only going to regret what we don’t do from this point forward.” 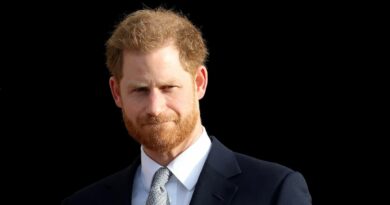 Harry under ‘intense scrutiny at Philip’s funeral and rightly so,’ expert claims