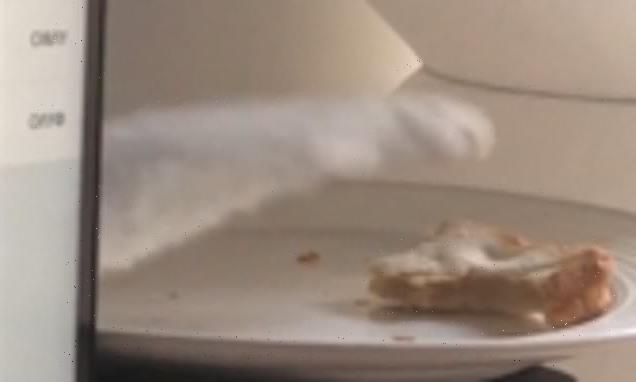 Snack attack! Moment stealthy cat stretches a paw out from behind computer screen to steal sandwich off her owner’s plate

A sneaky cat was caught stretching her paw out from behind a computer screen in order to steal an unattended sandwich when she thought the coast was clear.

YouTuber Stefanos Softsis had been editing a video at his home in Thessaloniki, Greece, when he noticed his cat Koumpara poke her face out from behind his computer screen and sniff out a half-eaten sandwich on his plate.

The feline extended her paw from behind the screen and eventually clawed the food into her grasp as Mr Softsis filmed the comical heist. 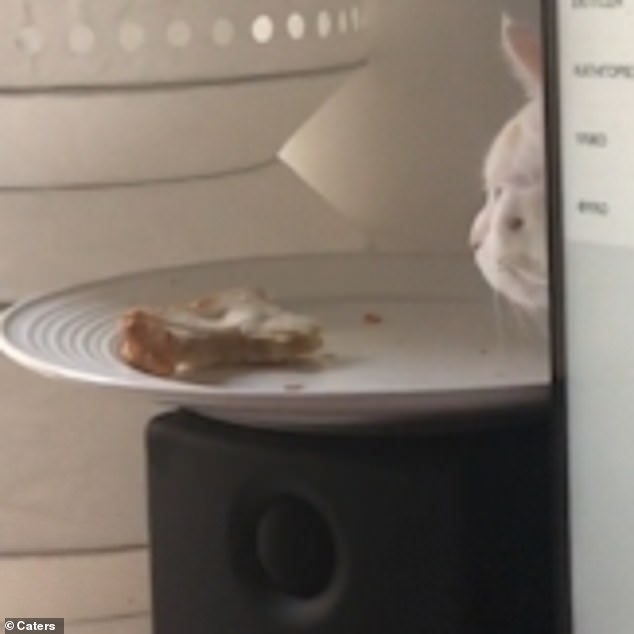 Owner Stefanos Softsis, from Thessaloniki, Greece, watches his cat Koumpara stick out her face from behind his computer screen and sniff out the sandwich

During the clip, the cat sticks out her head from behind the computer screen and looks at the savoury snack before quickly retreating.

The feline then stretches her paw out and slowly glides the sandwich across the plate towards her.

Mr Softsis said: ‘My cat got behind the computer monitor so I could not see her.

‘After several failed attempts to get the sandwich from my plate, I noticed her and quickly pulled out my phone to record her.

‘She’s constantly trying to get my food, but she is still a chill and loving cat.’ 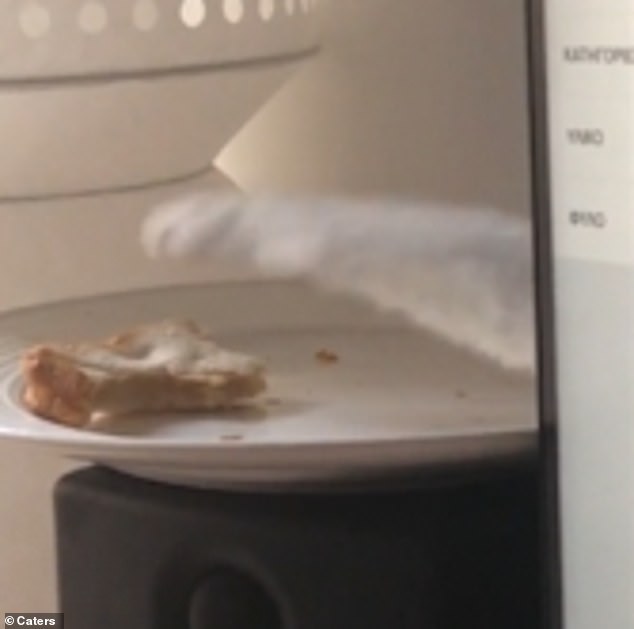 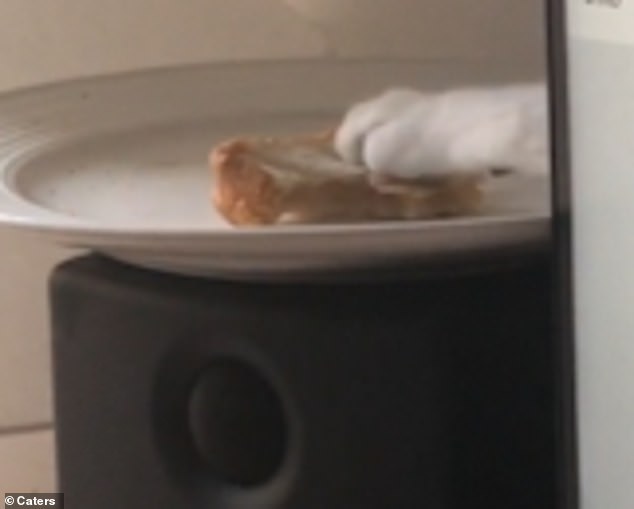 Mr Softsis later took to TikTok to share the comical footage with others alongside the post: ‘Did she just?’

One user commented: ‘That cat stole it so politely.’

While another wrote: ‘Omg (sic) that cat is amazing.’

Another person added: ‘That was smooth.’

Social media users shared their amusement online, with one describing the cat as ‘amazing’