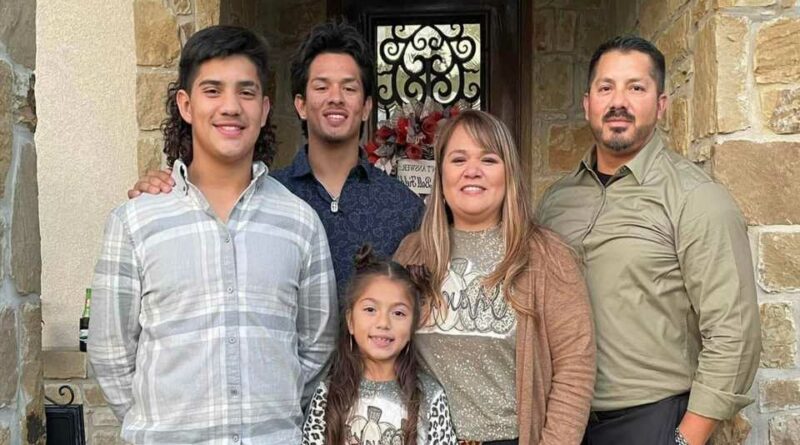 A BRAVE dad rushed to the scene of the Uvalde school shooting to help save children after getting a chilling text from his teacher wife.

Border agent Jacob Albarado was getting a haircut when he received a horrifying message from his wife Trisha, who was held up at Robb Elementary School by the active gunman. 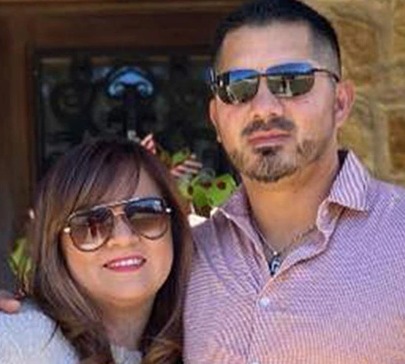 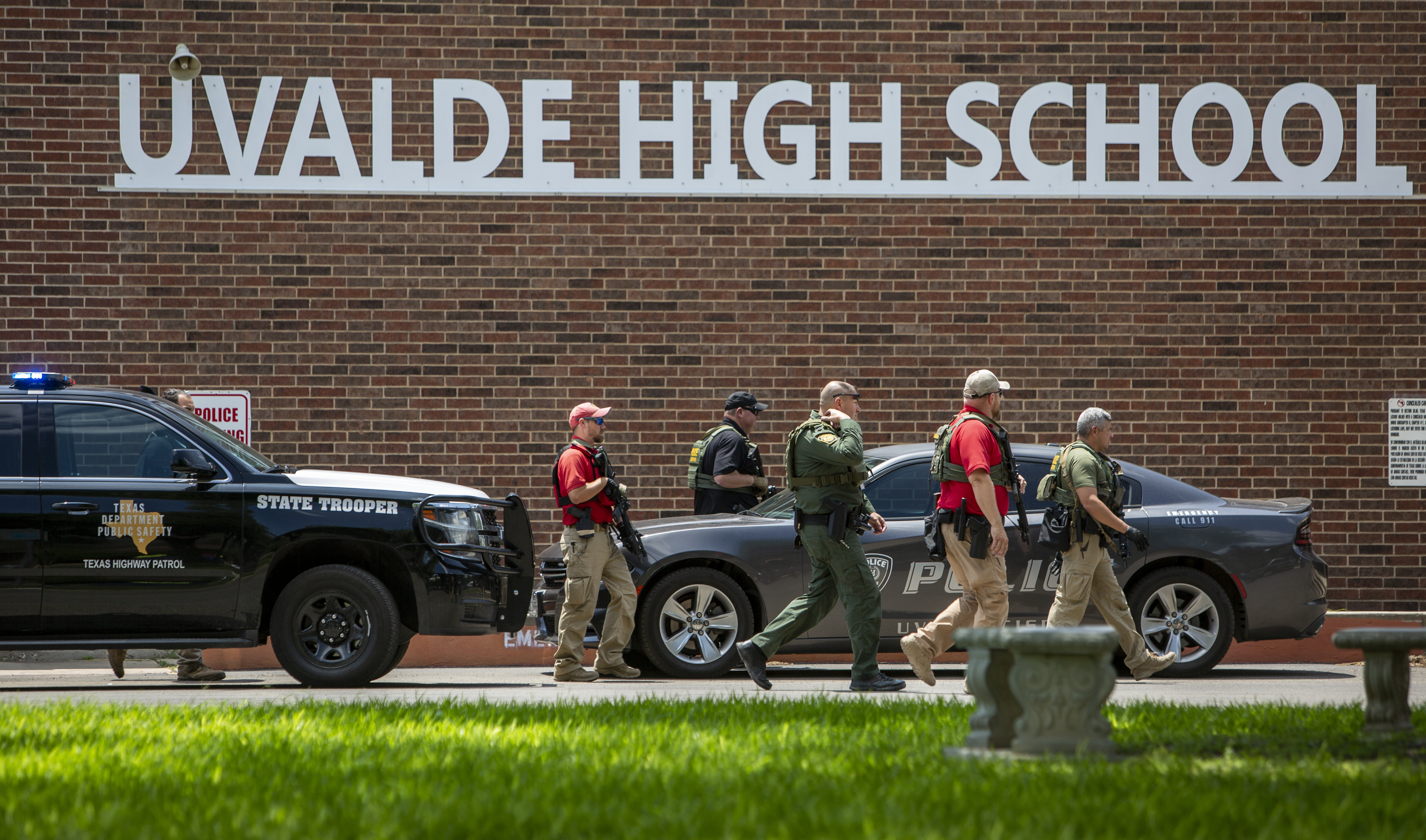 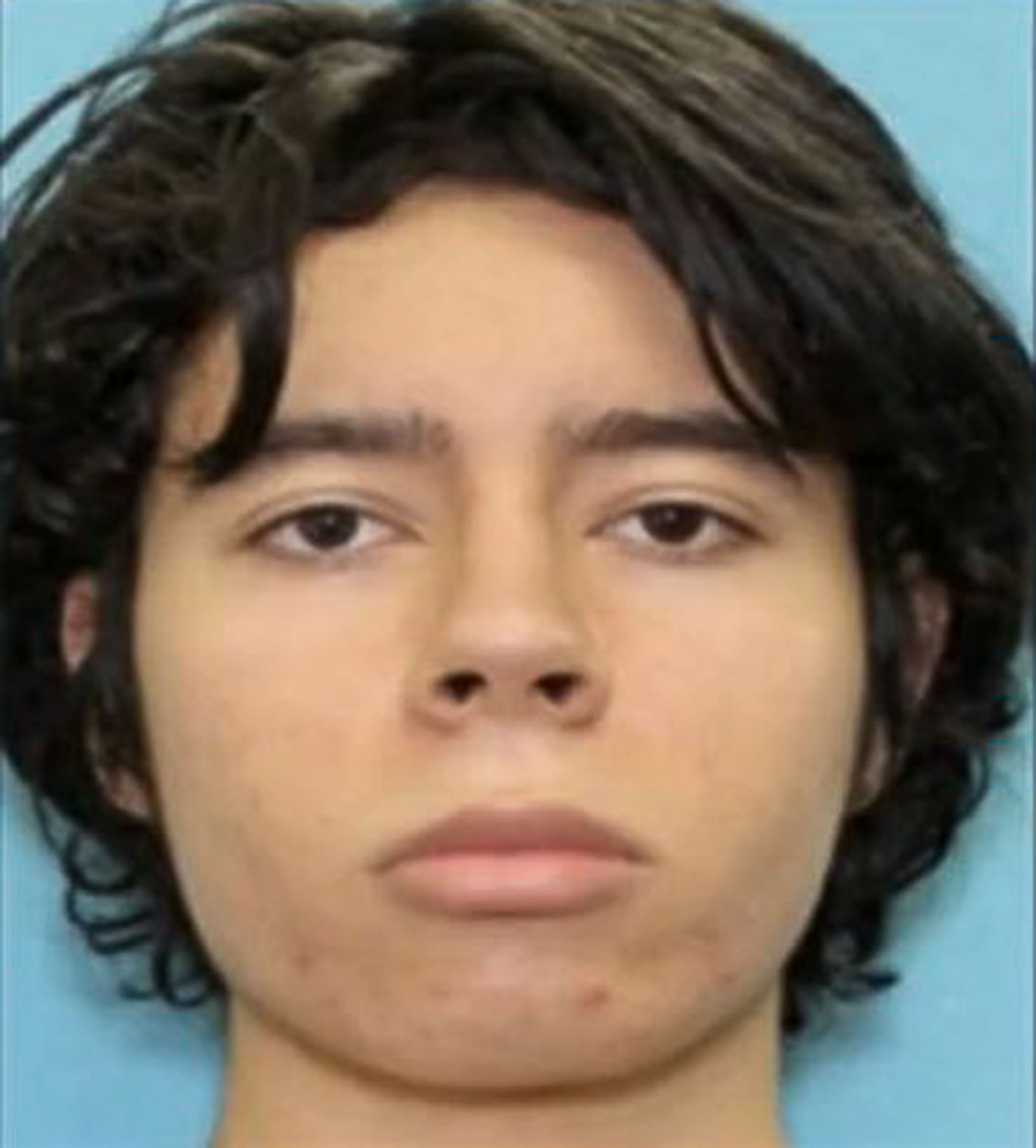 "There's an active shooter," the fourth-grade teacher wrote. "Help!" and ended with a chilling "I love you".

Albarado, a US Customs and Border Protection, told The New York Times he leapt out of his seat, grabbed his barber's shotgun and sped off towards the school.

His daughter, a second-grader, was locked inside a bathroom while his wife hid under the desks with her students. 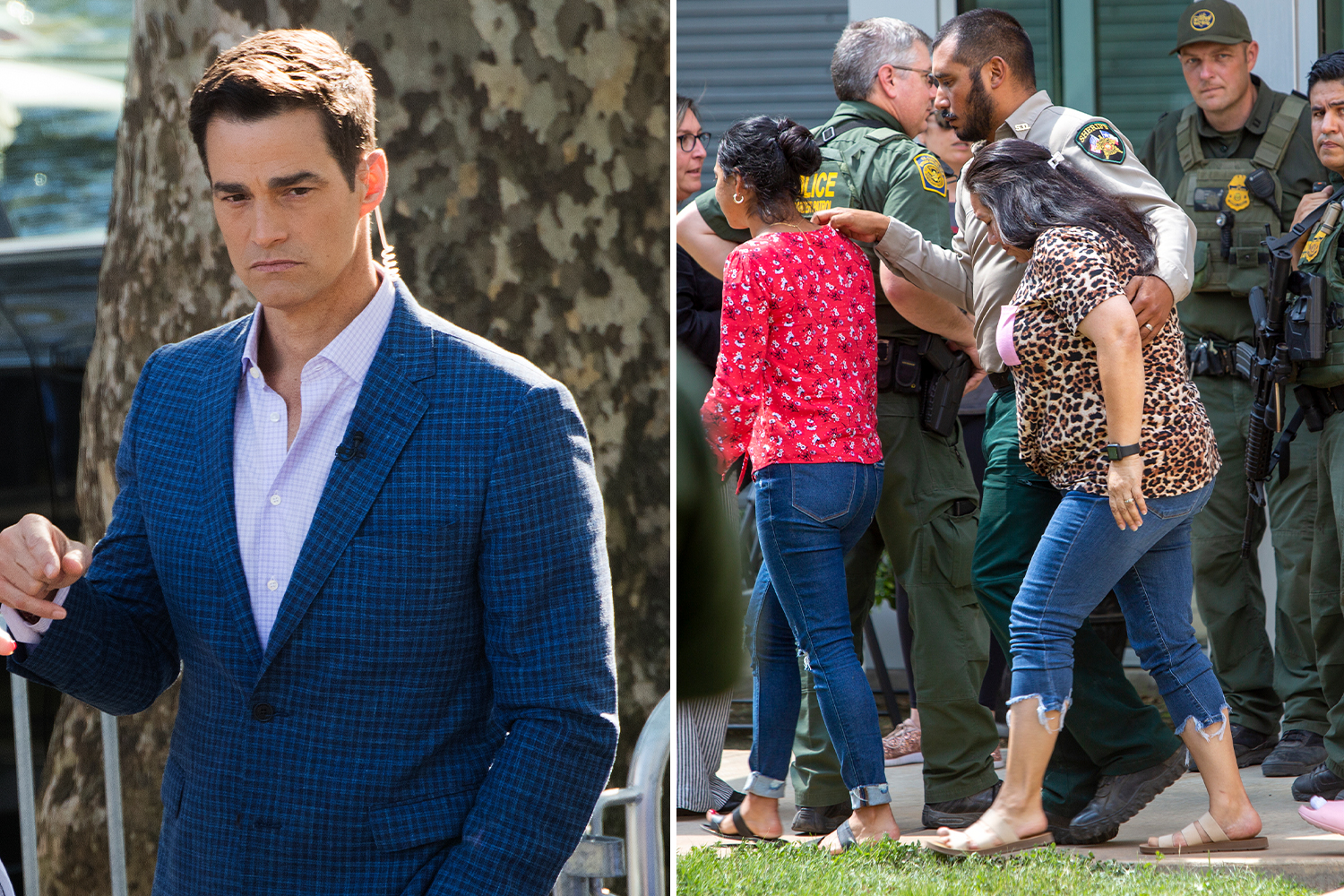 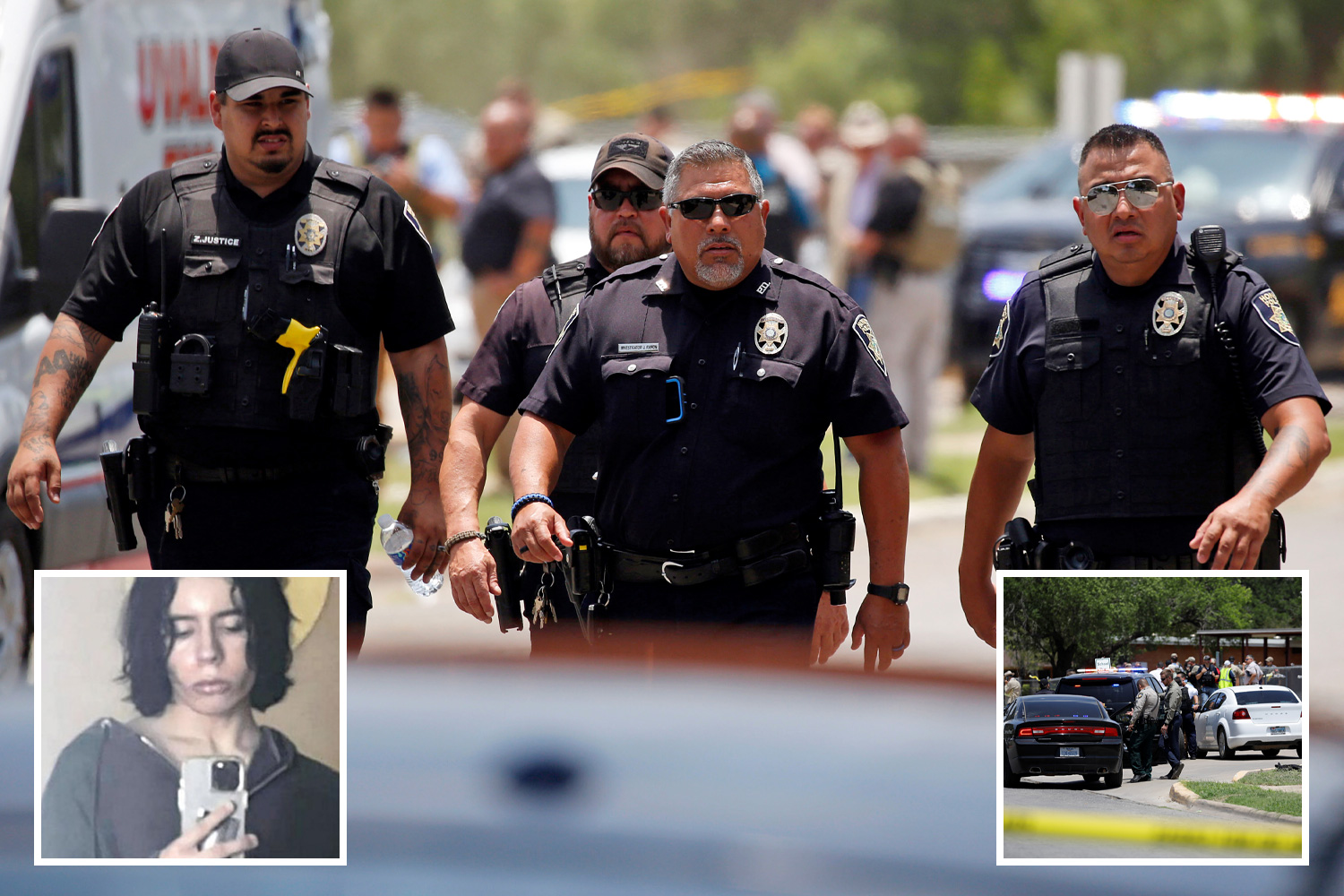 Albarado arrived as a tactical team prepared to storm the school andmade a pact with officers to help evacuate as many students as possible.

He fearlessly ran into the area of the school he knew his daughter was located and searched for her while clearing all the classes in that wing.

Two cops provided cover as the brave off-duty border agent guided dozens of "hysterical" children out of the school and onto the sidewalk, he said.

Albarado eventually found his eight-year-old daughter, embraced her, and moved on to get more students to out.

"I was doing what I was trained to do," Albarado told the paper, adding that one of his daughter's friends was among the 19 killed by Ramos.

In a Facebook post shortly after the shooting, Albarado said: "I’m so angry, saddened and grateful all at once.

"Only time will heal their pain and hopefully changes will be made at all schools in the U.S. and teachers will be trained & allowed to carry in order to protect themselves and students."

It came as footage emerged of the moment terrified students were rescued by Texas cops after being trapped inside Robb Elementary.

The photos show students running to safety as Ramos shot and killed 19 students and two teachers, and left 17 others injured.

While parents and family members of Robb Elementary students waited anxiously outside the school for updates, some children were able to escape through windows with the help of officials.

Border Patrol officials and local police worked together to pull children out through windows and direct them to safety during the shooting.

Steven C. McCraw, the director of the Texas Department of Public Safety, confirmed that Ramos was inside the elementary school for more than an hour before he was shot and killed by a Border Patrol officer.

McCraw said there were 19 officers in the hallway of the school waiting to enter the classroom where Ramos had posted. But they did not breach the classroom until a janitor brought them keys.

Local police thought Ramos had barricaded himself in the classroom, and believed “there were no kids at risk," McCraw said, which is why they did not enter the classroom sooner.

“From the benefit of hindsight where I’m sitting now, of course, it was not the right decision,” McCraw said.

“It was the wrong decision. Period.”

Despite the horrific attack, the NRA has proceeded with its annual convention in Texas but said in an online statement that people attending would “reflect on” the shooting and “pray for the victims, recognize our patriotic members and pledge to redouble our commitment to making our schools secure," according to the Associated Press.

According to Houston Mayor Sylvester Turner, the city was "obligated" to host the NRA event because of a contract, but he urged politicians to skip it, the Associated Press adds.

“You can’t pray and send condolences on one day and then be going and championing guns on the next. That’s wrong,” Turner said. 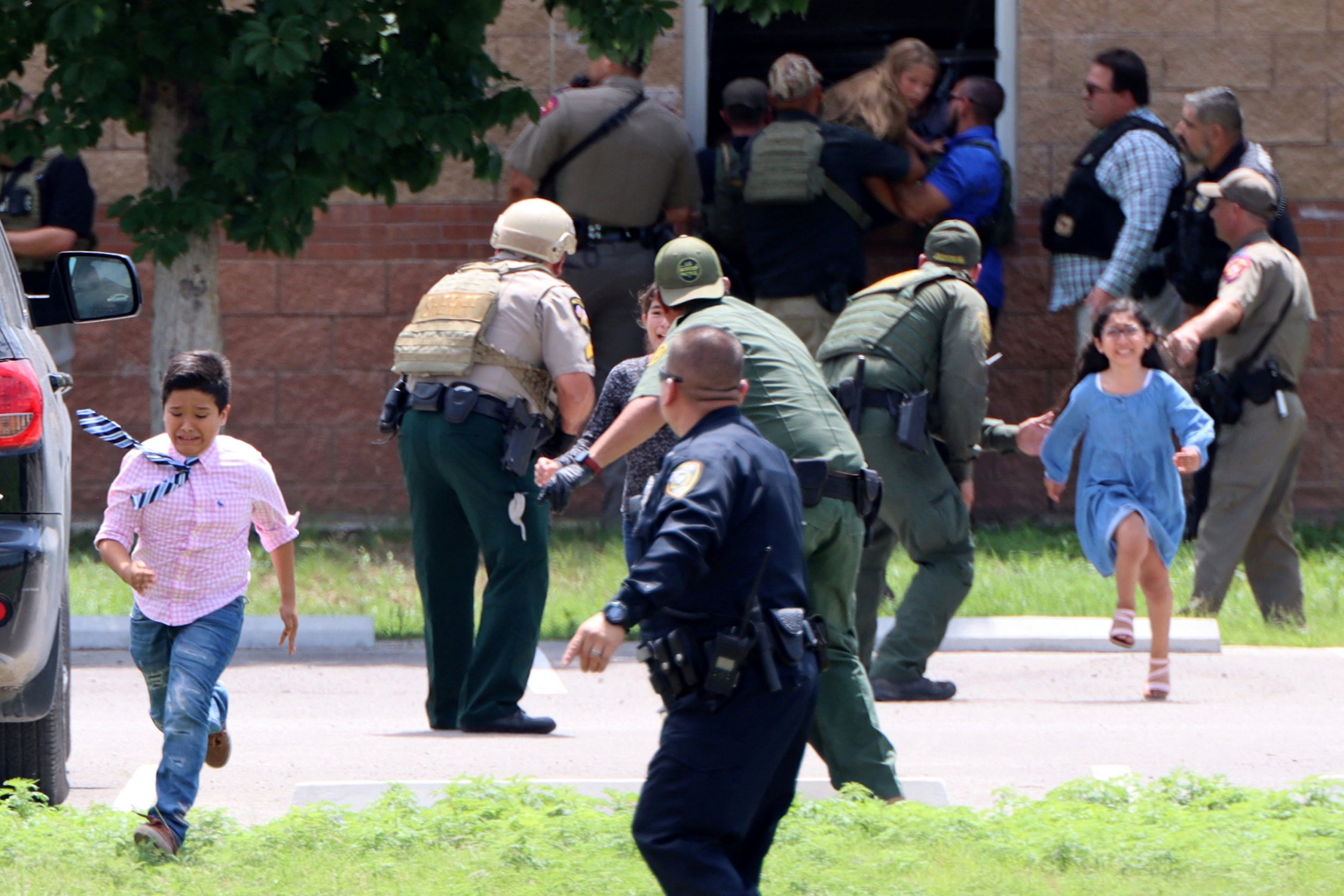 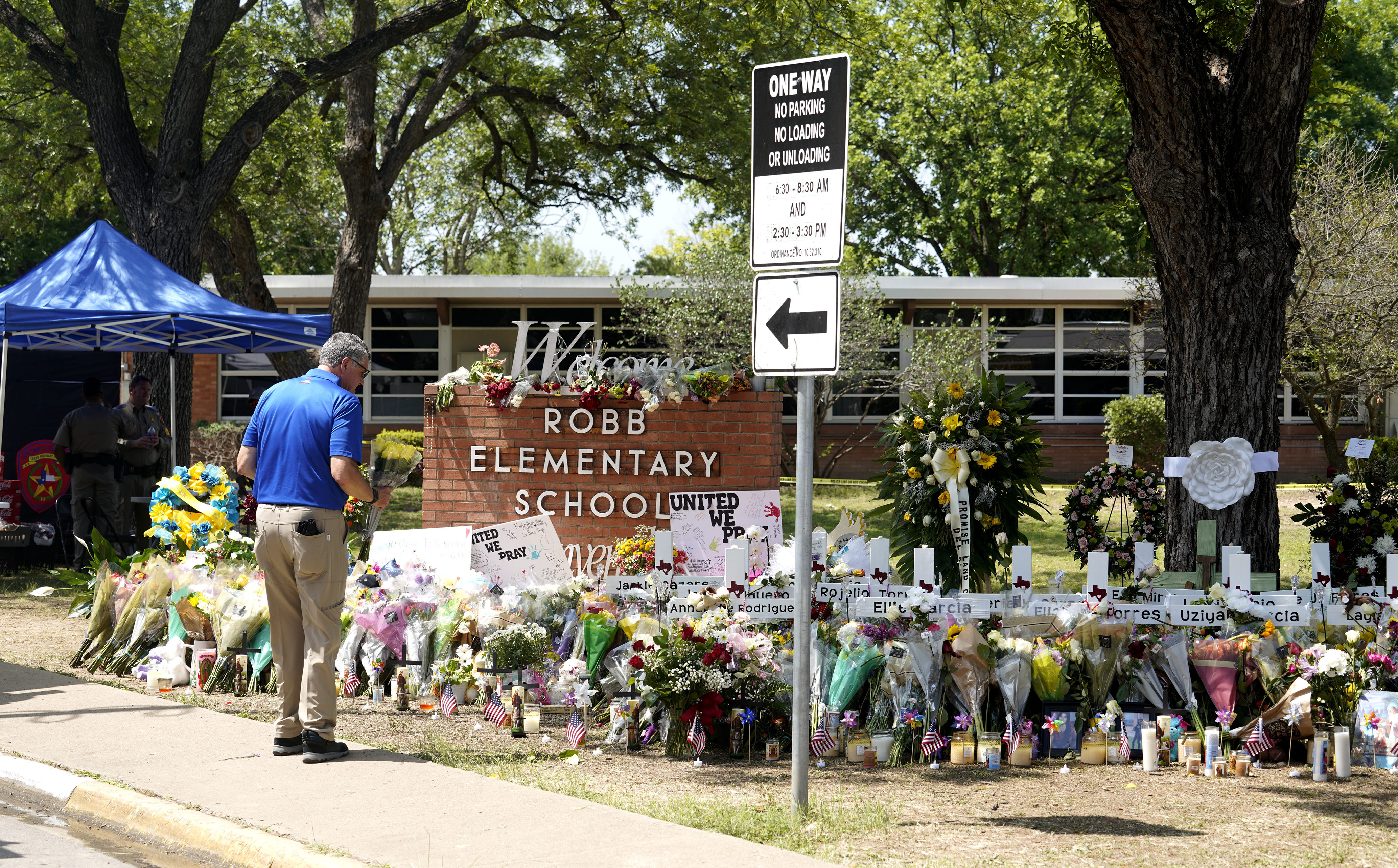 TV has stopped showing us dads you can look up to

IMF to continue new-loan talks with Ukraine in coming weeks