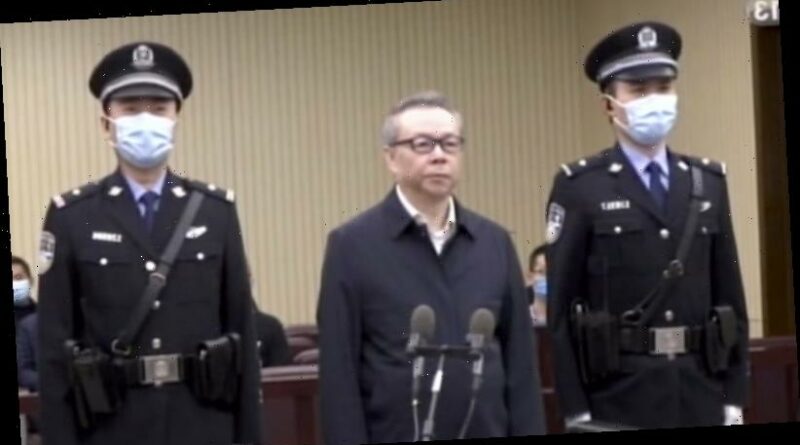 Beijing: The former head of state-owned China Huarong Asset Management Co Ltd has been sentenced to death for bribe taking in one of the harshest punishments for economic crimes in recent years.

Lai Xiaomin, 58, was also found guilty by the Second Intermediate People’s Court of Tianjin of lesser charges including corruption and bigamy. 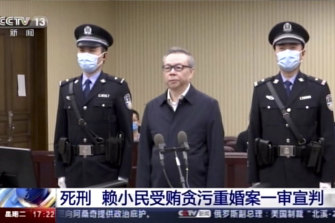 Lai Xiaomin, centre, was sentenced to death for taking bribes.Credit:AP

Life sentences and suspended death sentences commuted to life after two years are frequently handed down in corruption cases, but death sentences without the chance of reprieve have become rare in recent years. Such sentences are automatically appealed to China's highest court.

Lai was placed under investigation by the ruling Communist Party's corruption watchdog in 2018 and expelled from the party later the same year.

In its ruling, the Tianjin court cited the “especially enormous” size of the bribes Lai accepted, saying they exceeded 600 million yuan ($120 million) in one instance. In total, it said Lai collected or sought to collect 1.79 billion yuan over a decade in exchange for abusing his position to make investments, offer construction contracts, help with promotions and provide other favours.

He was also convicted of embezzling more than 25 million yuan in state assets and starting a second family while still married to his first wife.

Although Lai provided useful details about malfeasance by his subordinates, the seriousness of his bribe-taking and “degree of harm caused to society" were not enough to win him leniency, the court said in its ruling.

“Lai Xiaomin is lawless and greedy in the extreme," the ruling said. “His crimes are extremely serious and must be punished severely under law."

Huarong is one of four entities created in the 1990s to buy non-performing loans from banks, helping to revive the state-owned finance industry. Such asset management companies expanded into banking, insurance, real estate finance and other fields.

Investigators seized hundreds of millions of yuan in cash from Lai’s properties, the Chinese business news magazine Caixin reported in 2018.

Lai was one of hundreds of officials at government agencies, state companies and the military who have been detained in an anti-corruption crackdown launched in 2012.

Other senior officials snared in the crackdown include a former head of China’s insurance regulator.

Our Morning Edition newsletter is a curated guide to the most important and interesting stories, analysis and insights. Sign up to The Sydney Morning Herald’s newsletter here, The Age’s here, Brisbane Times’ here, and WAtoday’s here. 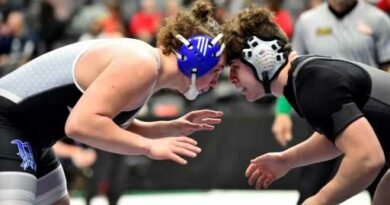