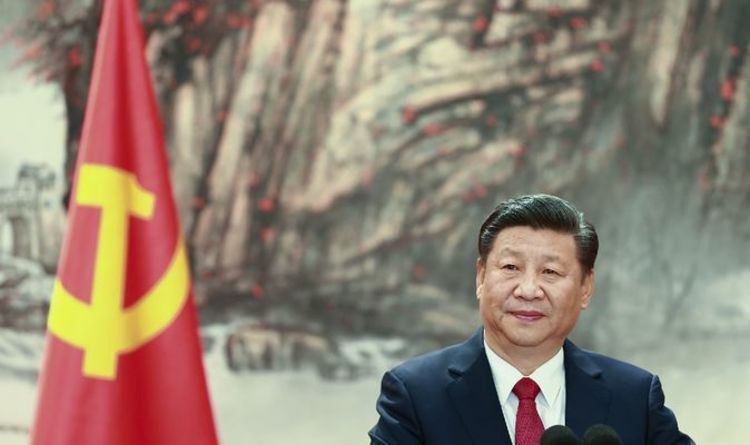 Taiwanese MP Wang Ting-yu has warned the international community to watch infighting within the Chinese Communist Party closely. Chinese Chairman Xi Jinping has his sights set on a third term as leader of China, and Mr Wang Ting-uy argues that any threat to President’s Xi political ambitions domestically could see a major escalation in military tensions across the region.

“Especially when Xi Jinping tries to get his third term as a national leader to China.

“When he faces inside challenges within China, the more than he needs the outside conflict.

JUST IN: France’s fifth wave of Covid not a ‘failure of vaccines’ says top scientific advisor

“So we need to watch China’s domestic situation closely,” continued the Taiwanese MP.

“If their party, the Chinese Communist Party, has serious inside conflict or challenge Xi Jinping’s Chairman’s position we need to be all cautious, not only Taiwan, Japan even North Korea, Kim Jong-un or India’s Modi.

“So China they won’t deal with the military things logically or reasonably.

“That’s why I say the world needs to stand together need to be united to send a clear message to Beijing.”

Wang Ting-yu has vowed his country is prepared to fend off an attack from the People’s Republic of China in the event Beijing miscalculates and triggers an all-out war between the sides.

He told Express.co.uk: “China wants to swallow up Taiwan if they could.

“So, since 2013, China tried to increase the integration of the air force, navy, their capability, they invest a lot of budget in their Air Force and the Navy.

“So since then they are using their air fighters, bombers, their vessels to harass Taiwan more aggressively, so, to Taiwan, the Chinese Communist threat is kind of daily life.

DON’T MISS:
Macron breaks EU ranks in refusing to lock down [REPORT]
Polish minister erupts at Macron: ‘Take the migrants to France!’ [BREAKING]
France election polls: Who is leading in the race to be president? [POLL]

“However, we understand that China they gain their capability day after day so we need to be cautious, we need to watch their moves closely.”

“So when Xi Jinping…he has his agenda, he wants to be a king in China, he broke his [term limit] for the coming year 2022, and he enhanced his military. So his military try to increase conflict they are confident to create conflict in the South China Sea, in the borderline near India, and in Taiwan Strait even in the East China Sea close to Japan.

Belarus: Where is Belarus? Is Belarus in the EU?

Streeter Fire in Moffat County has burned more than 1,000 acres.