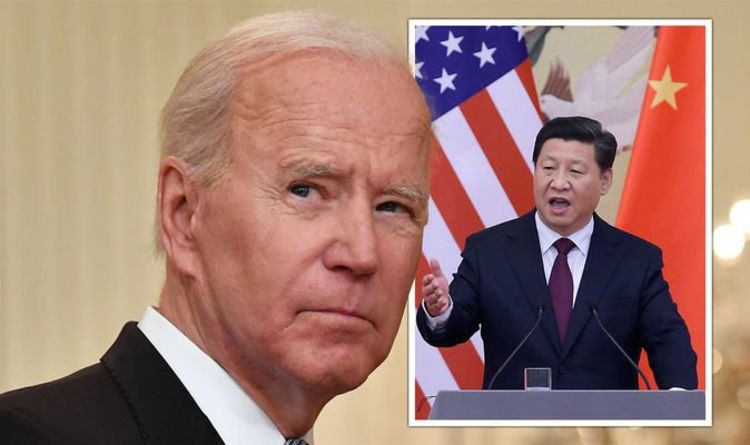 The Quad countries – America, Australia, India and Japan – met in Washington this week to further the dialogue between the nations on strategic maritime cooperation. In the wake of the new Aukus deal, US President Joe Biden used this opportunity to increase firm rhetoric on China and its threat in the Indo-Pacific region.

China was not officially on the agenda for the Quad meeting.

But in a thinly-veiled message, Mr Biden spoke of a “free and open Indo-Pacific” – code for facing down an assertive China.

This phrase has been used before to issue a threat to China before it dominates the region, including vital international sea lanes.

But this time, the warning held more clout.

With Aukus – the submarine deal signed between the US, UK and Australia this month – now a reality, both friend and foe of the US are more likely to believe that the US and its allies could be the aggressor.

The Quad’s biggest concern is the perceived challenge to maritime security posed by China in the Indo-Pacific region.

Beijing has built military installations on reclaimed islands in the South China Sea — a key global waterway and trade route.

Quad members see that as a potential threat to free trade and travel.

And all four Quad countries have their own issues with China, from recent clashes along the India-China border to rumours about the Wuhan Covid lab leak.

Washington is particularly worried about what China’s maritime claims mean for trade.

In 2019, nearly US$2 trillion worth of US trade passed through Indo-Pacific waters.

Ties with Beijing are already strained, soured by recent years under former President Donald Trump, who engaged in a tariff war with Beijing.

But China remains a key trading partner for all the Quad countries.

And analysts say China is unhappy about the Quad meeting.

Bonny Lin, director of the China Power Project at CSIS, said: “China has tried to portray the Quad as a clique that embraces a Cold War zero-sum mentality set on confronting China, as a military alliance that seeks to promote instability in the Indo-Pacific region.

“China has also tried to portray the Quad as a group led by the US with the other three actors, essentially, as what China calls ‘US pawns’.”

However, US officials insist the meeting was, in fact, a deterrent to conflict.

Paula J. Dobriansky, a former US undersecretary of state now at the Atlantic Council, told reporters: “I see this as a deterrent to not just a Cold War, but actually to an outbreak of conflict.

“I think that the intent is really to provide a kind of counterweight.

“A kind of collective security arrangement and a type of deterrent to ensure that the types of conflicts that we have witnessed do not get out of control.”