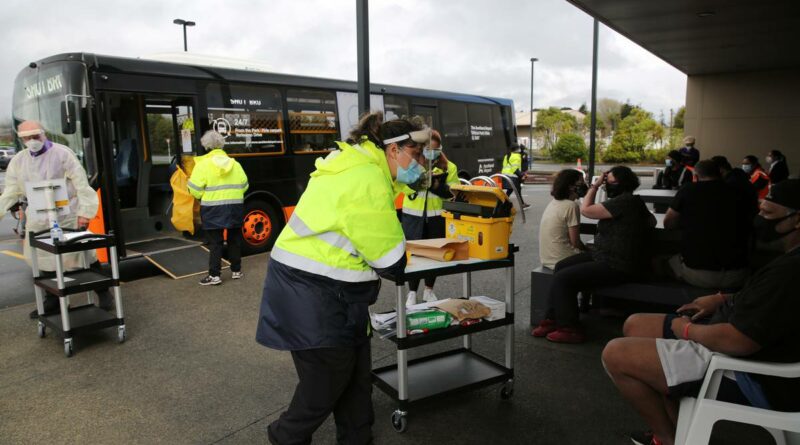 Little this morning told Newshub Nation a possible mandate of vaccinations was under “active consideration”.

“The number of 90 per cent is now used, and I think we can get beyond that,” he said.

He said about 60,000 vaccinations were being delivered a day in New Zealand, and there was capacity to do more.

In response to questions about continued restrictions even when New Zealand was vaccinated, he said people should expected continued mask wearing and signing in.

“But I’d be surprised if we ever see level 4 again,” he said.

Questioned on the eventual opening up of borders, he said they would manage it “week by week, month by month”.

Pushed on an acceptable death rate of Covid when New Zealand opens up, he said he could not put a number on that.

“No Health Minister is ever going to say ‘this number of deaths is acceptable,” he said.

Looking to a future where most New Zealanders were vaccinated, Little said he was attracted to the Australian model, which involved more people being able to recover at home than in hospitals.

He was not sure about public servants, but said the risk was higher for people on the front line such as police and ambulance workers.

In response to the case of the truck driver travelling through Waikato, he said the advice was that he took all the right precautions and they were not seeing anything concerning at this stage.

He said level 3 was seen as a shorter-term transition between level 4 and level 2.

When pushed if level 3 would be longer than a fortnight, he said they would “take the numbers as they come”.

He was asked if New Zealand could delay opening up until there were individualised vaccination targets for ethnicities.

He said there was an inequity associated with ethnicity, but targeted health teams were working on addressing this.

There was also a lot of work to go before children aged 5 to 11 could be vaccinated, he said.

Little’s comments came after today’s 8am locations of interest update, which showed 141 events involving 98 locations. The changes were:

The 10am update showed 142 events involving 99 locations, with one new location -Idlewild Superette Māngere on September 12 from 1.32pm-1.40pm.

Gorbachev: Russia, US must avoid war that could destroy civilization